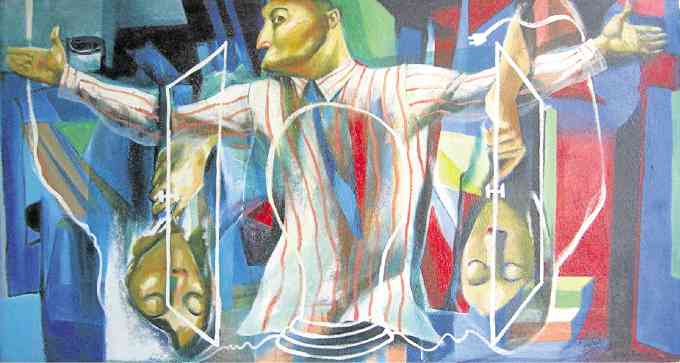 Eighty-eight choice pieces from the country’s best and brightest artists are up for bids in the first-ever summer auction by Avant, the Philippines’ pioneer online art auction house.

On view at LRI Design Plaza in Bel-Air, Makati, and online via www.avantauctions.com, the Amazing Art Auction collection is a carefully curated assembly of colorful and dynamic works that echo the festive temperament of the season.

There’s also a wide range of styles and artists represented to suit the tastes of both newbie collectors and seasoned art enthusiasts.

We previewed the collection and following are our hot picks of bid-worthy lots from the auction which culminates in a real-time, lot-by-lot hammering on May 13, starting at 1:30 p.m.

Eduardo Castrillo’s monumental works throughout the metropolis and beyond are testaments to faith and nation. Whether chronicling history or celebrating the sublime, his works punctuate city life and mitigate the grit and trauma in what has become the world’s most densely populated city.
Castrillo’s tabletop sculpture is an accessible piece that takes his signature mix of grace and strength from the streets and into the home.

At the core of collaborative projects are the virtues of mutual respect and admiration. These values are clearly evident in a collaboration by Manny Garibay and Rene Robles.

Here, two artists with distinct voices manage to create a single work that incorporates their unique styles in a cohesive piece that is both spectacle and social commentary.

This early work from Jigger Cruz was completed in 2008 after he received his BFA degree from Far Eastern University. It is an ovular piece, one that provides a rare glimpse into the beginnings of a creative genius.

Playful, experimental and unencumbered, the piece is a throwback to simpler times, a stark departure from the vandal and violence central to the artist’s current aesthetic.

In many ways, Ronald Ventura’s ouvre has become the defining imagery of Southeast Asian contemporary art. Concerned with the dynamics of culture, history and ideology, Ventura reimagines anthromorphic forms as complex layers of meaning.

In his engaging piece, he dissects the interrelationships between masculinity, Western influence and popular culture.

Charlie Co is an artist who has faced death squarely in the eye, an experience that bears upon the strong temperament that figures in his works. There is in all of them a vitality and sense of purpose as exemplified in his piece, a pseudo-fairy tale that chronicles human foibles past and present in a voice that is at once dark, ironic and humorous.

Andres Barrioquinto’s works invite viewers to multiple worlds, whether they be portraits of masked figures or, as in this piece, reflections on binary opposites—peace and order, beauty and chaos, love and war.

The work is also a pivotal piece signaling a thematic transition in the artist’s evolution as he ventures beyond Noh masks and tragic figures to more complex and deeper philosophical narratives. —CONTRIBUTED