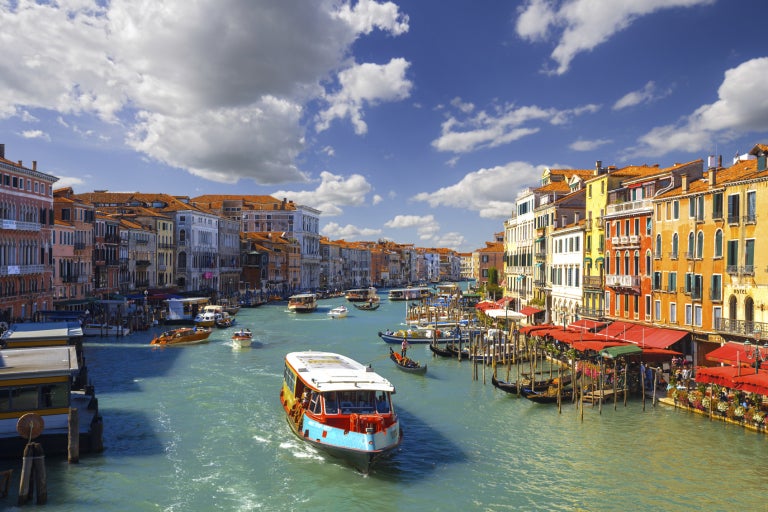 Authorities in Venice have passed a law preventing the opening of new fast food outlets in a bid to preserve the identity of the Floating City.

Venetian authorities no longer want to see tourists strolling into Saint Mark’s Square or around its legendary canals with a sandwich or a snack in hand. The city’s authorities want to put a brake on the expansion of outlets selling burgers, kebabs and other fast-food items intended for eating on the hoof.

Paola Mar, the city’s tourism chief, considers that such establishments “are not compatible with the preservation and development of Venice’s cultural heritage.” The law also seeks to limit the growth of outlets selling take-out pizza by the slice.

Venice is used to seeing students gather in the Campo Santa Margherita square to devour their slice of pizza. Other successful street food outlets have also modernized the Venice food scene, like in the San Polo district, where Acqua E Mais serves the famous Italian polenta topped with local fritto misto (mixed fried seafood) in a cone to go.

It is currently prohibited to eat take-out food in Saint Mark’s Square, nor is it not possible to sit on the steps of the square’s basilica. Tourists wanting a bite to eat must instead ask for a table in one of the historic cafés in the emblematic Venetian location.

This isn’t the first time that Italy has gone to war with fast food. Verona, an hour’s train ride from Venice, prohibited the opening of new kebab shops in 2016. McDonald’s also caused anger in Rome when it opened a restaurant a stone’s throw away from the Vatican early that same year.

A cardinal even wrote to Pope Francis asking him to intervene. At the end of 2016, the Mayor of Florence refused the opening of an American fast food joint on the Piazza Del Duomo, one of the Tuscan capital’s main squares. JB