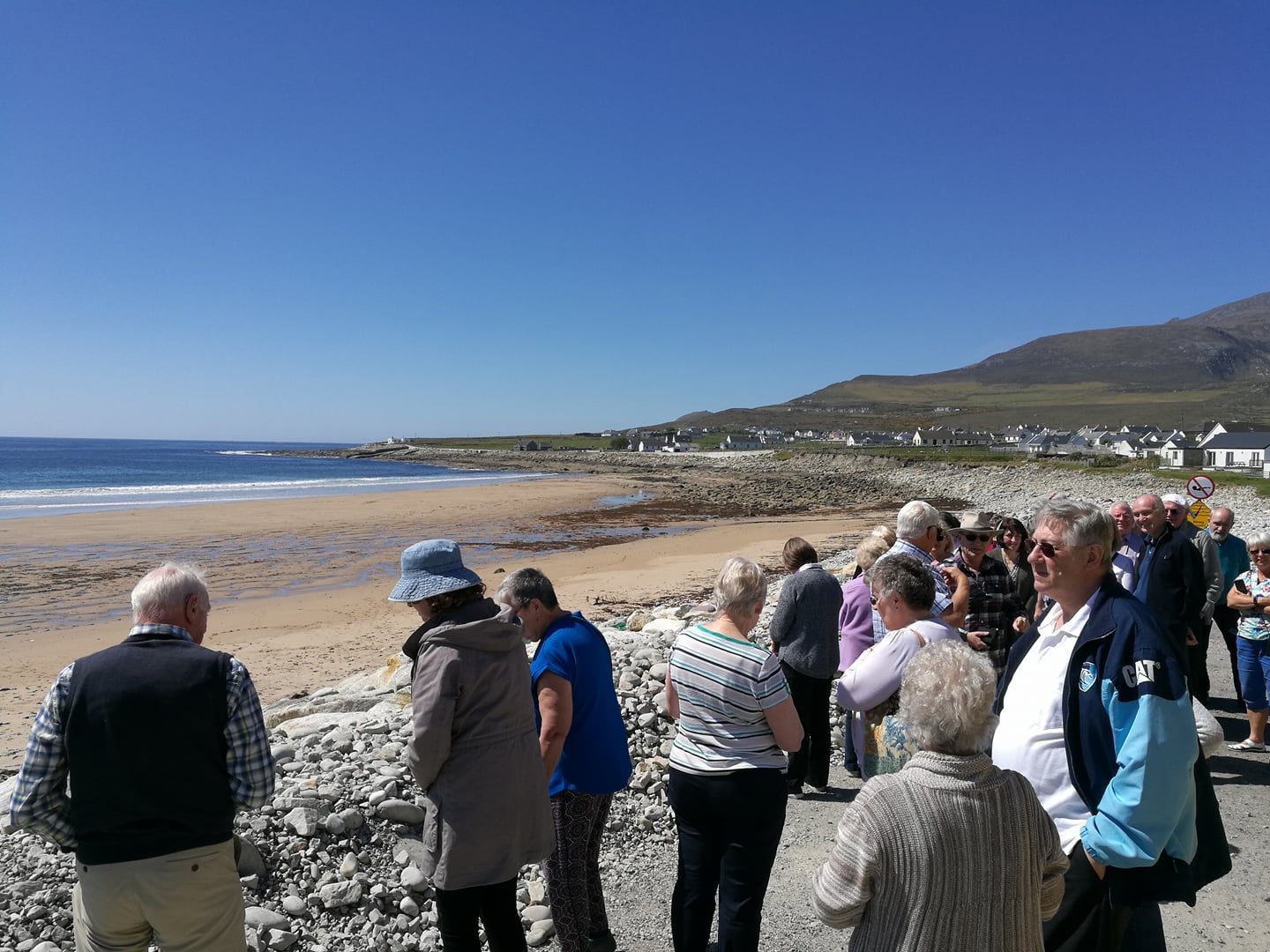 According to the Achill Tourism FB page, tourists from England flocked to the new Dooagh beach after seeing it on news reports. Image: Facebook/@AchillIslandTouristOffice

Irish beach reemerges after getting washed away 33 years ago

In 1984, the sand at Dooagh beach on Achill Island were washed away by big storms. This left nothing but rocks and rock pools.

But last Easter, after 33 years, a freak tide brought with it a big surprise. Hundreds of tons of sand were suddenly deposited over the rocky surface that stretched for 300 meters, reports The Guardian.

Obviously, the local tourism office and the residents were thrilled to have the beach back.

Sean Molloy, current manager at Achill Tourism recalled the events of 1984. He said, “Some big storms destroyed the beach. It was completely washed away and 1984 was the last time the beach was there.”

Alan Gielty, owner of a local restaurant said that the returned beach was attracting new tourists to the area.

Achill Island is a remote peninsula in the west of Ireland. It’s known for being rugged and unspoilt. It was also the home of Heinrich Böll, the German anti-Nazi Nobel prize-winning writer.

His old cottage has been transformed as a retreat for writers, as well as a place where Böll’s fans can pay homage. Alfred Bayle/JB

Most adventurous countries in the world revealed in new ranking

WATCH: Theme park offers ‘thugs you can beat up to’ impress your bae