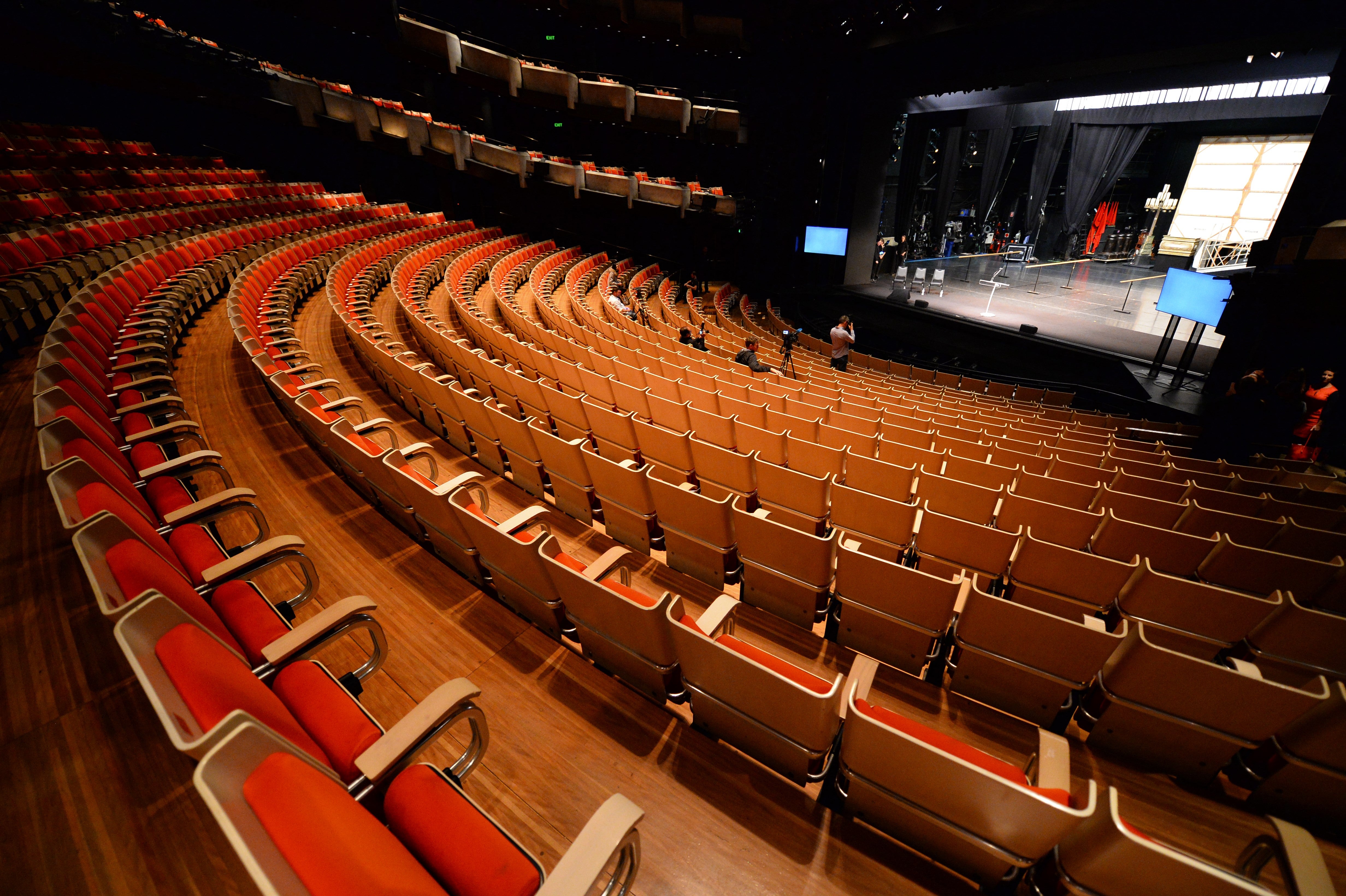 A view of the Joan Sutherland Theatre in the Sydney Opera House in Sydney on May 10, 2017. The curtain will fall on the Joan Sutherland Theatre for seven months as it undergoes its first major upgrade since the Opera House was opened in 1973, replacing backstage engines, rigging and hoists that for more than four decades have supported the lighting and props for the hundreds of ballet and opera productions staged there each year, with the Nutcracker being the last show to be staged. / AFP PHOTO / PETER PARKS

Australia’s world-renowed Opera House is to undergo its first major renovation since being opened in 1973 to help tackle sound problems that have haunted the building for years.

The decades-old equipment that power performances beneath its iconic white sails are ageing and will be updated to improve the experience for artists and audiences.

Backstage engines, rigging and hoists that have supported the lighting and props for hundreds of ballet and opera productions will be replaced.

The work in the Joan Sutherland Theatre, to begin on May 20, kicks off a Aus$273 million (US$201 million) project at the heritage-listed landmark, one of the world’s most famous buildings.

“All of this machinery and the technology we use… was used in the 70s, and we installed it back in the 60s to be ready for that, so it was actually designed in the 50s,” technical manager Philby Lewis told AFP Wednesday.

“So we are really using here at the moment, and trying to keep alive, 1950s technology.”

The Austrian company that first constructed the backstage equipment installed before the Opera House opened has been called on again to carry out the work.

The other five venues within the Opera House will remain open during the seven-month renovation of the Joan Sutherland Theatre.

More than 1.5 million people attend performances at the Circular Quay building each year, with over eight million visiting it annually.