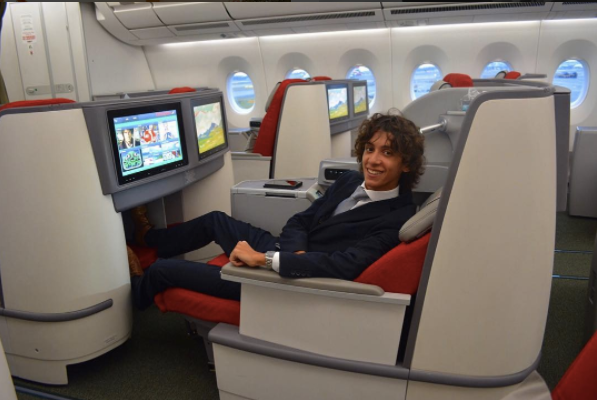 While millennials are known to follow their passion when it comes to their careers, Alex Macheras takes this to heart: his love for airplanes has led him to become a first-class jet-setter at a young age.

In a Business Insider report, Macheras said aviation has been a lifelong interest, leading him to study the field and learn how to fly a plane. He would constantly post aviation news with his own analysis on his Twitter account.

When he was 14, a radio station in the United Kingdom, LBC, tapped him to provide his insights on air, and he has since been reporting for other news outlets such as BBC and Sky News. The Brit finished his studies while working, and since he’s left school, has been working full-time with airplanes.

His job involves overseeing deliveries of airplanes to clients. This includes knowing how it was manufactured and doing test flights, which he then shares to the media and his social media pages on Instagram and Twitter.

As his job requires knowing technical information, doing it actually comes with several perks, such as enjoying VIP treatment and savoring the best of airline food:

He gets the chance to travel as well to countries such as Latvia, all the way to South Korea:

Of course, at the end of day, he still reports for work, and provides insights on issues such as the United Airlines fiasco:

But for Macheras who still appears to be thrilled being anywhere near airplanes, it doesn’t look like work at all. Niña V. Guno/JB