Havaianas goes back to the ’90s | Inquirer Lifestyle ❮ ❯ 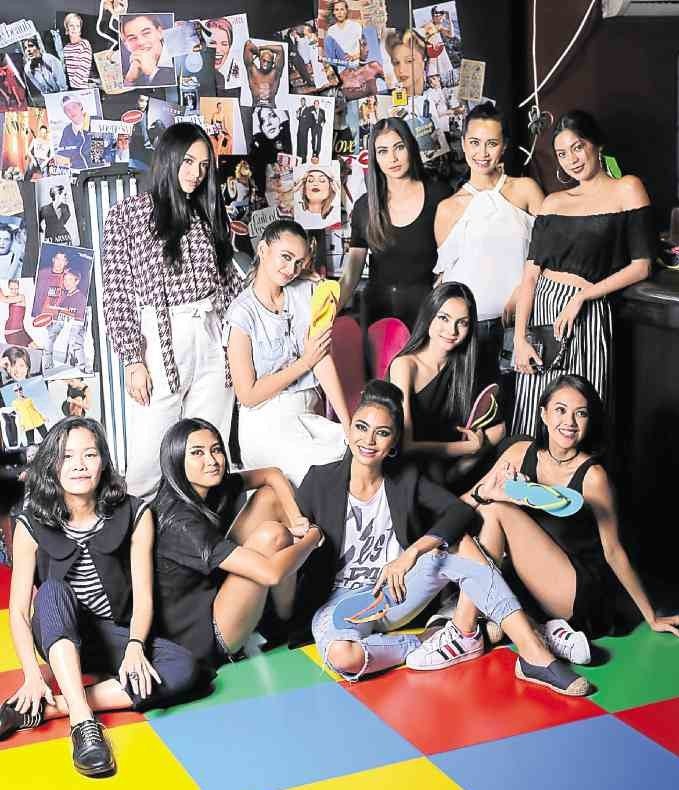 Havaianas goes back to the ’90s

It’s been 12 years since the first Make Your Own Havaianas event was held in the country, but its popularity continues to grow.

For 2017, the theme looks back to the 1990s. At the recent VIP launch, guests—many of whom had yet to be born or were toddlers at the time—flocked to Cable Car
in Makati.

The bar that had its heyday also in the ’90s had rainbow-colored Slinkys and confetti while one wall was papered with magazine tear sheets, including one of supermodel Cindy Crawford blowing a kiss for Revlon.

Near the entrance were a couple of clear-plastic spinning wheels mounted with this year’s selection of rubber soles and colored thongs.

The commemorative pair was black with colored pixels inspired by 8-bit video games.

Guests jazzed up their pairs with a pin selection featuring such throwback icons as a vintage TV, cassette tape, boom box and video game icon.

There were also glow-in-the-dark pins (lightning bolt, smiley, star, lips and the letters MYOH) and 3D-printed designs like a Lego-inspired brick, peace sign, and 8-bit heart.

“The Philippines really goes all out when celebrating this annual event,” said Manisha Khemlani, marketing director of Terry S.A., Inc. “The MYOH is also held in other countries, but seldom in such a big way.” 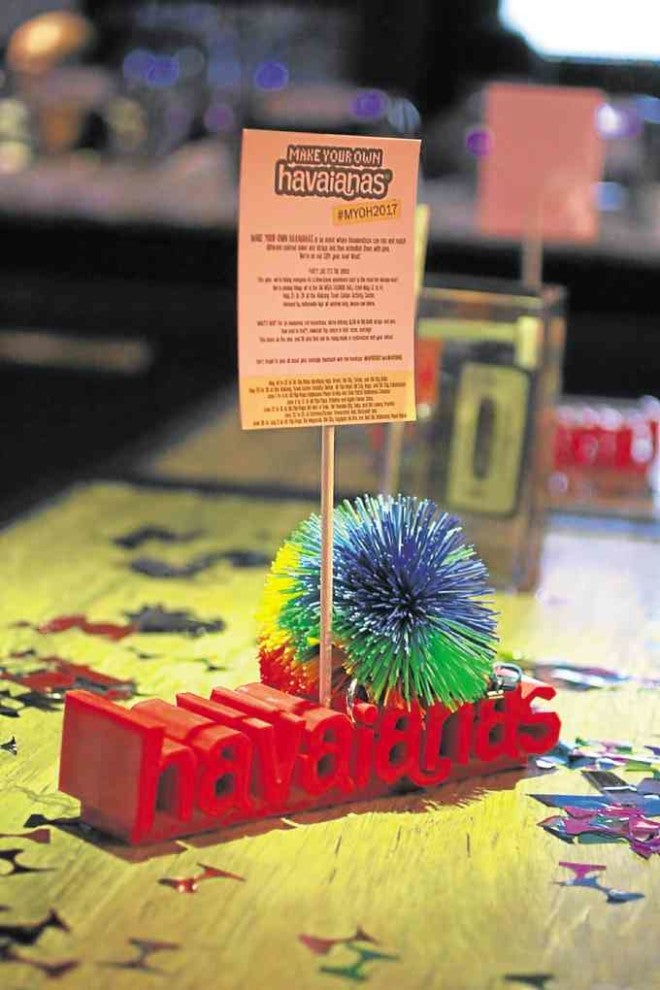