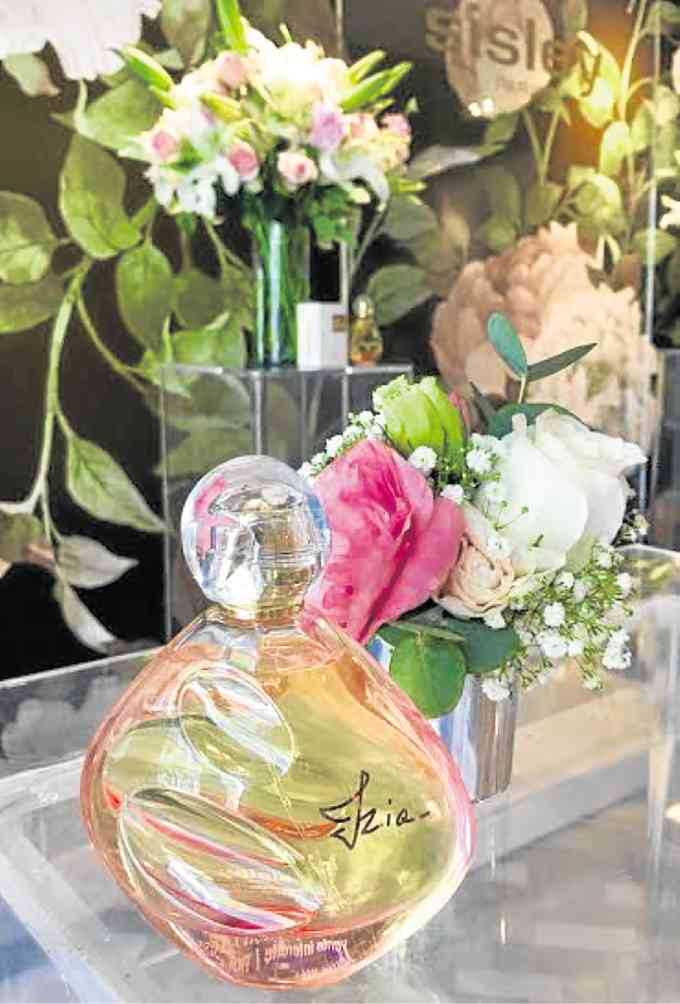 A countess’ love affair with an heirloom rose, now in a Sisley bottle

Isabelle d’Ornano had an idyllic childhood. She grew up at Lancut Castle in Poland, amid majestic gardens planted with roses that filled memories of her youth.

When the countess—who cofounded the French skincare and fragrance brand Sisley with her late husband, Hubert d’Ornano—moved to France, she brought the roses from her aristocratic home and planted them at the D’Ornanos’ sprawling, 6,000-acre Loire Valley estate.

Often, she would cut and wrap them in moistened newspaper, and bring them to Paris to fill every corner of her family’s lavish apartment on the Left Bank. Lovingly christened the D’Ornano rose, she gave bouquets of the rose to cherished friends. It blooms only for two weeks a year, in late May.

The countess is now ready to share the beauty and fragrance of D’Ornano rose to the world, with Sisley’s newest fragrance called Izia, whose heart is a lemony rose with fresh notes of pear, and wispy hints of jasmine, peony and lily of the valley.

Isabelle’s ode to the D’Ornano rose is not typical of other rose fragrances, which are usually oldish scents, notes Sue Lewis, Sisley Asia-Pacific travel retail director.

The rendering of Izia (pronounced Ijia)—a Polish nickname for Isabelle
—is modern and fresh, exuberant and assertive; its citrus opening—white Calabrian bergamot with freesia and tea
—is added to the sparkle of pink peppercorn.

The floral heart of the perfume is enhanced by the vibrant, powdery quality of green angelica. It has a musky, amber dry-down, making it a sensual scent that lingers.

Izia’s pear-colored juice is bottled in a faceted glass sculpture with a matching glass cap by Polish sculptor Bronislaw Krzysztof, who has also worked on other Sisley fragrance bottles before.

Izia was a collaboration of five women, among them Isabelle, the matriarch, who tapped perfumer Amandine Clerc-Marie to learn the nuances of the d’Ornano rose; Isabelle’s daughter, Christine d’Ornano, vice president of Sisley International, who worked with English graphic artist Quentin Jones to bring the Izia visual imagery to life; and Isabelle’s great-niece, Sonia Vasena, who was chosen as the face of the fragrance.

Sisley is one of the most revered luxury European skincare and fragrance brands. Its founder and Isabelle’s husband, Hubert d’Ornano, who died in 2015, was a count, and a pioneer in the industry.

Hubert came from cosmetics royalty. His father, Guillaume d’Ornano, was a cofounder of Lancôme. After World War II, Hubert and his brother Michel founded a fragrance company called Jean d’Albret, after which they were joined by their father, who sold his stake at Lancôme.

The D’Ornanos launched a prestige skincare brand called Orlane in the 1950s, and grew the company into a pioneer in natural actives and other leading skincare technologies. The company was later sold following Michel d’Ornano’s entry into French politics.
In 1976, Hubert and Isabelle d’Ornano acquired Sisley, a fledgling cosmetics company specializing in botanical extracts. Remaining privately owned, it’s a global beauty behemoth to this day. A 1.6-ounce jar of its best-selling Sisleya L’Integral Anti-Age Cream is priced in the neighborhood of P30,000.

“I think even with so many trendy global brands today, heritage and history still has great appeal to modern consumers,” Lewis says. “It also helps that Sisley doesn’t only adapt to skincare trends, it also continues to be a trailblazer.”
Sisley is exclusively available at Rustan’s The Beauty Source.