‘Macbeth’ and a prelude to it, in a new Artist Playground venue | Inquirer Lifestyle ❮ ❯ 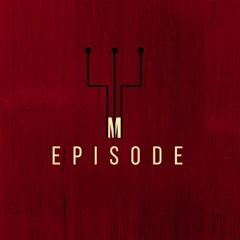 ‘Macbeth’ and a prelude to it, in a new Artist Playground venue

If you build it, they will come. Or in this case, it will expand.

They claimed the 30-seater 1701 The Little Room Upstairs off of Timog Avenue as their home theater and focused on one-act plays. Critics and theatergoers have praised their dexterity in staging productions within The Little Room’s limited confines.

The group is now busy preparing to open a new, and bigger, playground. Taking over the penthouse of the West Venue Building along West Avenue, their additional theater has been christened Artist Playground II.

“We can now stage full-length productions with an intermission because now we have a lobby at AP II,” says Camañag with a laugh.

Debuting at this 120-seater venue is “M Episode”—a twin bill of “Prelude to Macbeth,” James Chalmer’s imagined prequel to Shakespeare’s “Macbeth,” and a shortened version of the Bard’s tale of how the Macbeth couple kills their way to the top.

Camañag had always wanted to stage both plays back to back within a single day. But he realized that having a matinee of “Prelude,” then a two-hour gap before a full evening show of “Macbeth,” might be too much for theatergoers.

“So that it’s not too overwhelming, we came up with ‘M Episode.’ The ‘Star Wars’ movies inspired the title of our production. We wanted to make it sound like an event.”

“Prelude” will run its complete 40 minutes while “Macbeth” will be cut down to a little more than an hour.

The famous speeches will be retained, of course, but other portions of the original five-act play will be reconfigured into movement to be choreographed by Myra Beltran.

“We’re not leaving 1701 The Little Room Upstairs because it presents its own set of challenges,” says Camañag. The company’s offices are also in the same building.

“However, AP II excites us. We can explore doing bigger productions and there’s more space to play with.”

In addition to allowing actors to move around more, it has enough space to house a gallery for AP’s visual arts division.

“However, we will retain AP’s personality. Just like our first venue, this one will also be an alternative space where you wouldn’t think there’s a theater and gallery here.”

The group staged a run of “Prelude” earlier this year. “We were testing the waters with heightened language,” he says.

Beyond stretching their acting muscles, Camañag says one of the reasons he’s fascinated by the story of the homicidal Macbeth couple is because he finds it very relevant to current times. “The same dynamics and greed that lead to the destruction of the Macbeths are seen in many of our current leaders
—how they pursue their ambitions at the expense of the people and country.”

Banaue Miclat-Janssen serves as speech and voice consultant, with music is by Jesse Lucas, set and costume design by Reynoso Mercado and lighting design by Anthony Salvador. —CONTRIBUTED