Where to escape to in New Zealand | Inquirer Lifestyle 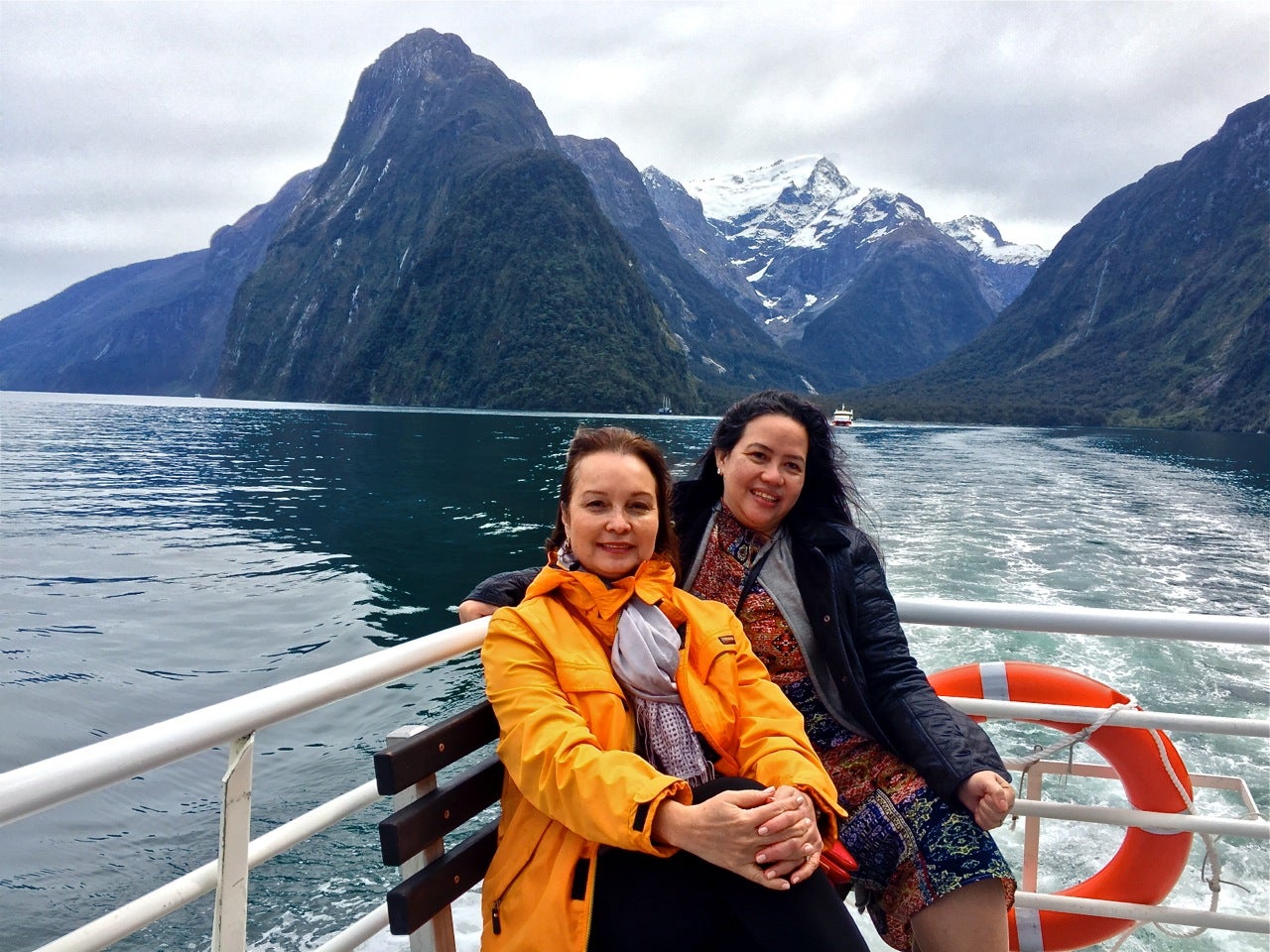 Where to escape to in New Zealand

A country whose people ensure the preservation of its stunning landscapes—and where we could enjoy roasted baby lamb—is the destination I had long wanted to escape to. In New Zealand, I understood how well government and people can work to keep this planet beautiful.

It is considered the youngest country on earth, having had its European settlement established in 1840, almost a century after James Cook claimed the islands for George III of England. As with every view of world civilization, the native Maori tribe that had thrived there since the 1300s clearly did not count as legitimate inhabitants.

Having only six days, I decided to go to the South Island within the region of Canterbury and Otago, with Christchurch, the largest city in Canterbury, as my first destination.

Christchurch is a city recovering after a 6.3-magnitude earthquake destroyed it in 2010 and 2011, with a number of Filipinos among the fatalities. It’s a city in ostensible transition, filled with evidence of ruin. Tracks of land still stand where old buildings once stood. Cracks from the temblor remain in the cathedral, other churches and private buildings.

Juxtaposed with the ruins, however, are signs of new beginnings all around. Christchurch is a garden city with budding flowers in a colorful springtime debut. The Christchurch Botanical Garden and Hagley Park are the green expanses in the center of the metropolis, with the Avon River wrapping around the city.

After a brief tour, we headed south from Canterbury to Mt. Cook, driving through pastoral landscapes. Sheep farming feeds a 38-million population; thus, irrigators and water conservation measures are absolutely mandatory, and were evident everywhere.

Again, I couldn’t help but feel for our farmers and livestock tenders back home, who have to make do with their own ragtag water conservation efforts because they have no choice.

In contrast to the well-established ecosystem we left behind, Aoraki/Mt. Cook National Park left us breathless over how extensively the earth’s forces can change its own anatomy. A Unesco World Heritage Site, the Southern Alps on the South Island were formed by tectonic uplifting and pressure as the Pacific and Indo-Australian Plates collided along the island’s western coast.

The uplifting continues, raising Aoraki /Mt. Cook an average of 7 mm (0.28 inches) each year. Westerly winds, obstructed by these mountains in their path, keep the weather severe and absolutely untamable by man.

We crossed Lake Tasman and briefly visited the hydro plant that generates electricity for the island, and proceeded to check in at The Hermitage Hotel, where I was blessed to see the snow-covered peak of Mt. Cook (also known as Aoraki) from my bedroom’s picture window. Mt. Cook rises 12,218 feet, and is New Zealand’s highest mountain.

The next day was for a helicopter ride to the glaciers. I am familiar with glaciers, having sailed close to one in the fjords of Norway, seen glacier icebergs in Chile, and witnessed one crashing in Patagonia.

This time in New Zealand, the helicopter was set to land on the glacier, so we could walk over it. I was quite excited, and prayed that the weather would be kinder than the rain and sleet the previous day. I was all set with my snow boots and parka, but it snowed, making visibility poor and the flight dangerous.

So, instead, we drove further down through breathtaking scenery through the Southern Alps, with glacier water rivers flowing on the roadsides. You can tell by the color of the water if its source is rain, spring or melting glacier. Water, as well as everything else in New Zealand, is always clean. Its bluish color meant it was safe for drinking.

We spent time at Queenstown, a resort town in the region of Otago known for adventure sports such as mountain biking, jet boating and bungee jumping. At this point in my life, bungee jumping is no longer palatable, so I was content to watch the young ones.

We took a 15-seat propeller plane through the snow-covered Alps, and found Fiordland National Park and Te Wahipounamu World Heritage Site a wonderful sensory overload. We saw waterfalls and the Mirror Lakes, with the mountains reflected in the placid waters.

When I saw a group 3,000 feet below us walking on the glaciers, with a helicopter parked not far from them, I made a pledge to come back and do just that.

The plane lands in Milford Sound. One glance at the spellbinding panorama and the misnomer is forgiven, since the place is a fiord, not a sound. In 2008, the park was recognized as the world’s top travel destination in an international survey by TripAdvisor.

This fiord, in an area that experiences rain more than 200 days yearly, was discovered in 1812 by Welsh captain John Grono. Before then, it was the home and fishing grounds of the local Maori. Cruising along the dramatic cliffs and feeling the sprays of the waterfalls was a spectacular experience. Rudyard Kipling was right to declare this place the Eighth Wonder of the World.

Having thoroughly enjoyed the day, I was delighted to end it at what turned out to be the pièce de résistance for my happily saturated senses—the exceptional Azur Lodge on Sunshine Bay, a luxury lodge just off the downtown area and perched on the hilltop. My room, one of only nine, had a panoramic view of the snow-capped mountain range and Lake Wakatipu.

The 79-sqm suite incorporates a bedroom, living room with a fireplace, dining area, private sun deck and a bathtub I soaked in with a glass of champagne, while I witnessed the sun paint the sky a glorious burst of purple and orange as it set. Only one thought prevailed: I deserve this!

Knowing we were not ready to venture once more into the chilly outdoors, the staff ordered my grilled lamb shoulder from a restaurant that the manager recommended. I joined my companions and two American couples and spent the rest of the evening filling each other in on the day’s adventures, while enjoying the delicious cuisine.

I will definitely go back to New Zealand, knowing how exceptionally beautiful it is, and how eloquently it imparts the lesson that if you take care of your slice of this planet, it can reward you a thousandfold, and for far longer than you can stay on it. —CONTRIBUTED