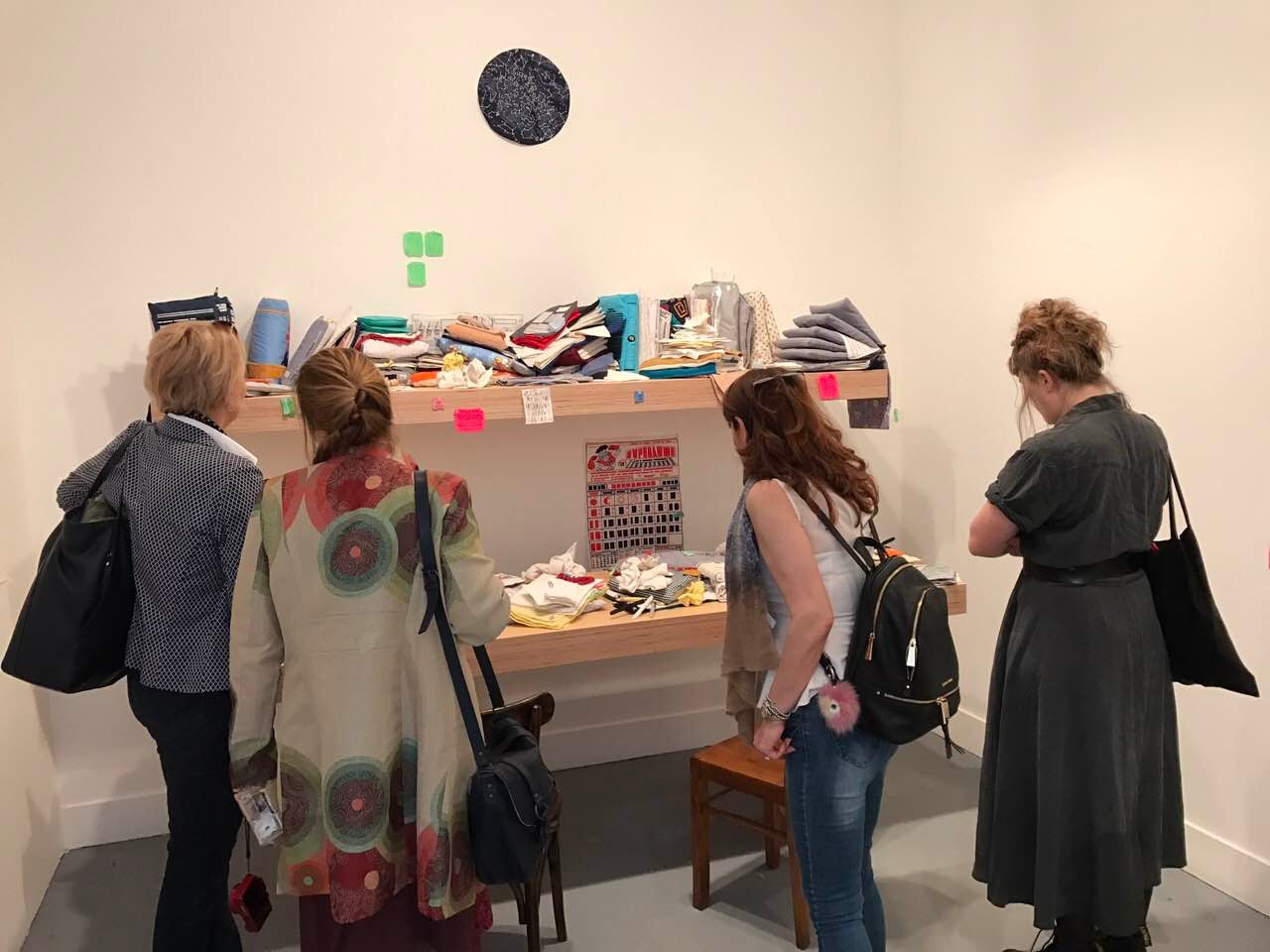 Nunez and Rodriguez's exhibit "In Between the Lines 2.0" at the Biennale Arte's main exhibit hall in Venice, Italy. Photos by Michael Lim Ubac

VENICE — They may be in their 20s, but Katherine Nuñez and Issay Rodriguez are already making waves in the global art scene, this time at the prestigious “Biennale Arte 2017,” which features contemporary art.

Nuñez and Rodriguez have their own separate exhibit at the Biennale Arte’s main hall dubbed, “Viva Arte Viva.” Christine Macel, the curator of this year’s main exhibition, had personally chosen them to display their work before a global audience.

The Venice Art Biennale is the oldest and most prestigious platform for contemporary art trends in the world. Artists and their patrons fondly call it the “Olympics of contemporary art.”

The Inquirer learned that in the run-up to the exhibition, Macel had scoured the world of art in search of the exceptional artists who would glady engage “a world full of conflicts and shocks.”

According to her, various exhibits and national pavilions at the Biennale Arte comprise nine episodes that “tell a story that is often discursive and at times pradoxical with detours that mirrors the world’s complexities.”

She said the exhibition was intended as an experience and – using words which convey deep philosophical undertones – “an extrovert movement from the self to the other, towards a common space beyond denfined dimensions.”

In a message she wrote for the Biennale catalogue, Macel said that artists should have their voices heard at this time, “when humanism is precisely jeopardized” as “art bears witness to the most precious part of what makes us human, at a time when humanism is jeopardized.”

“Art is the ultimate ground for reflection, individual expression, freedom and for (answering) fundamental questions,” she said.

It is in this spirt that Nuñez and Rodriguez were personally invited by Macel to join the Curator’s Exhibition for the Biennale Arte 2017, after a chance encounter with Macel in one of their recent overseas exhibits.

In a recent interview with the Inquirer, both artists said they were surprised but felt honored to be invited by no less than the main curator herself.
Nuñez and Rodriguez’ work, “In Between the Lines 2.0,” uses crochet, embroidery and sewing techniques to convey a critique of the wasteful consumerism that has plagued citizens of the 21st century.

A small exhibition board pasted on the wall briefly explains the creative process and the meaning of their work.

“At a time when this life is inundated with consumer products, the two artists take things up a level to invest the objects with symbolic value drawing on the current (spirit of the time) and the identity of the person who made them,” it said.

The two artists’ use of fabric of books, crocheted papers and desk accessories such as paper clips and strings evoke learning that is geared towards producing graduates destined for the job market.

“The artists advocate learning based on a critical spirit and the need for a personal re-appropriation of knowledge,” it said, stressing that Nuñez uses crocheting to represent the value of the work “incarnated in the object, going beyond its mere functionality.” 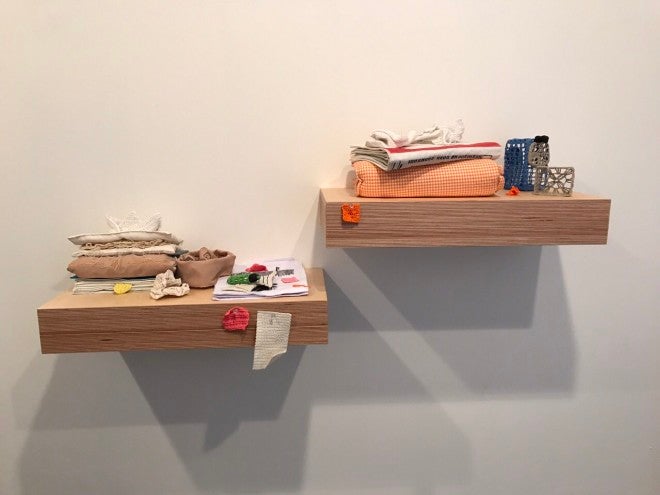 Besides Nuñez and Rodriguez, famous sculptor, painter and performance artist David Medalla also joined the main exhibit with “Mondrian Fan Club” and “A Stitch in Time.” Medalla has become a mainstay in the Biennale Arte since 2015, the year the Philippines returned to the art exhibition after a 51-year hiatus.

This year’s Philippine pavilion titled, “The Spectre of Comparison,” puts the spotlight on the trailblazing works of Lani Maestro and Manuel Ocampo that relate to the notions of nationhood, diaspora and identity.

The Spectre (or specter) of Comparison is a thought-provoking work borne out of a collaboration between Ocampo and Maestr,o who have lived and practiced outside the Philippines but maintained ties with the country of their birth throughout their careers.

Through 11 separate but seemingly interconnected paintings, Ocampo places emphasis on the power of images and how they are eternally tied to history, while Maestro utilizes a streamlined approach to her work.

She has provocative and sometimes violent propositions through two light installations and the site-specific installation “Meronmeron,” a series of benches in variable dimensions that hopes to invite visitors to “pause, to be with oneself alone, or be alone with others.”

Sen. Loren Legarda said the Philippines had “triumphantly returned” for a second consecutive participation in the Biennale Arte “with a stronger showing” as it presented a national pavilion curated by Joselina Cruz featuring two important Filipino artists in a prime space at the Arsenale, the main art platform of the exhibition.

“Without the tenacity of the senator, this would not have happened,” he said of Legarda, the visionary and prime mover of the country’s return to the global art exhibition.

While Almario is also the commissioner for the Philippine pavilion, the Philippine participation at the Biennale Arte is a joint undertaking of Legarda’s Office, NCCA and Departments of Tourism (DOT) and Foreign Affairs.

This is only the third time that the country is engaging the world through art at the La Biennale di Venezia since its inception in 1895. 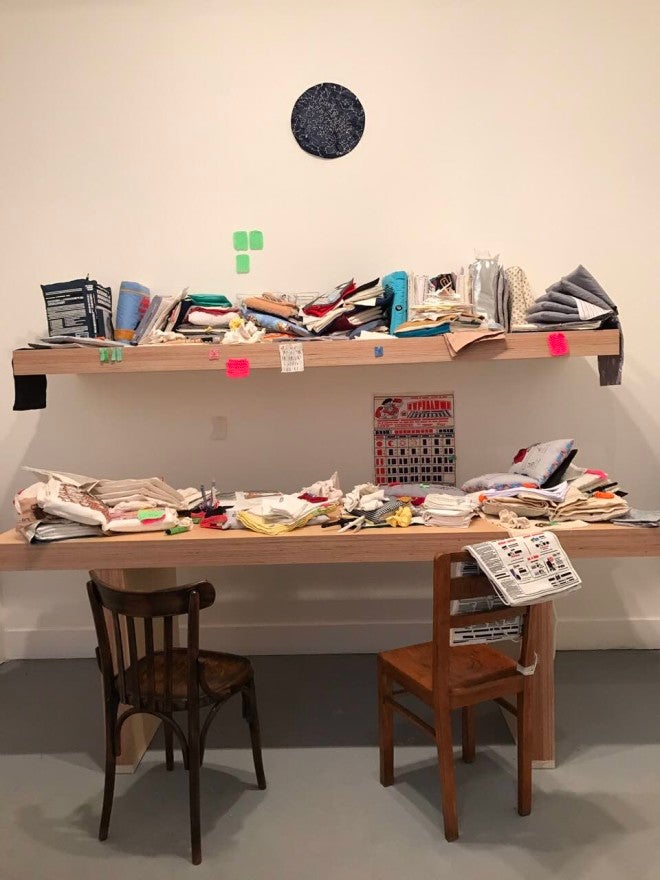 DOT Undersecretary Falconi Millar expressed excitement over the crucial role that Filipino artists would play in promoting the country as a cultural destination in Asia.

Millar said in an interview that the DOT would be promoting art and culture as part of the country’s new tourism drive under Tourism Secretary Wanda Teo. Millar has been recently designated by Teo as permanent representative of the DOT to the NCCA as part of efforts to support the country’s continued participation in the biennial Venice Biennale. 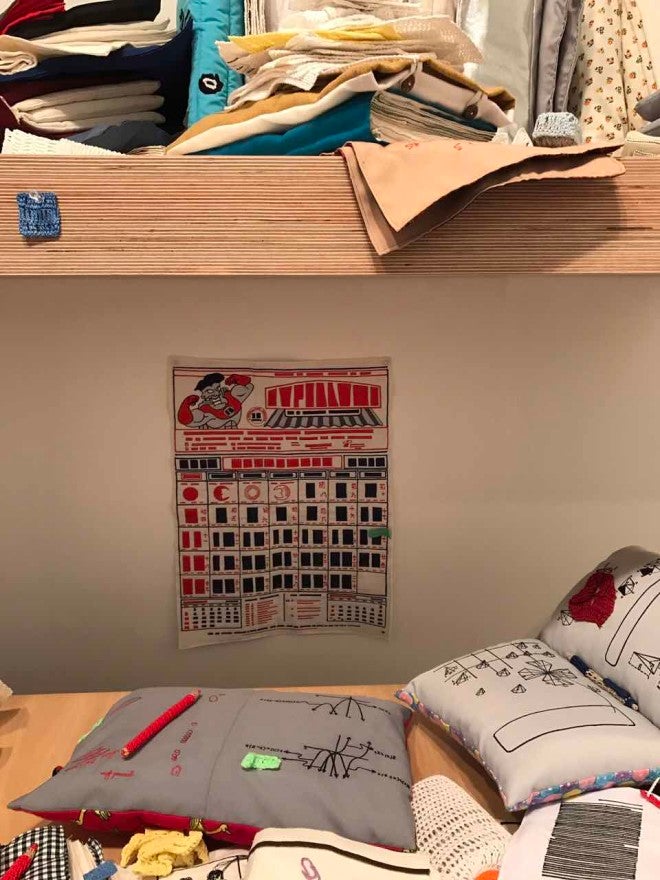 ‘What makes us human’

Paolo Barrata, president of La Biennale di Venezia, revealed that 103 of the 120 artists invited to the Curator’s Exhibition at Biennale were putting up their own exhibits for the first time.

In a message published by Biennale Arte’s secretariat, Barrata said although some of these invited artists were “discoveries, many others are rediscoveries,” with Nuñez and Rodriguez apparently belonging to the first category.

“The courage to make choices is yet another concrete expression of our confidence in the world of art, and the direct encounter with the artist becomes a strategic event, with a program unprecedented in size and courage,” said Barrata. 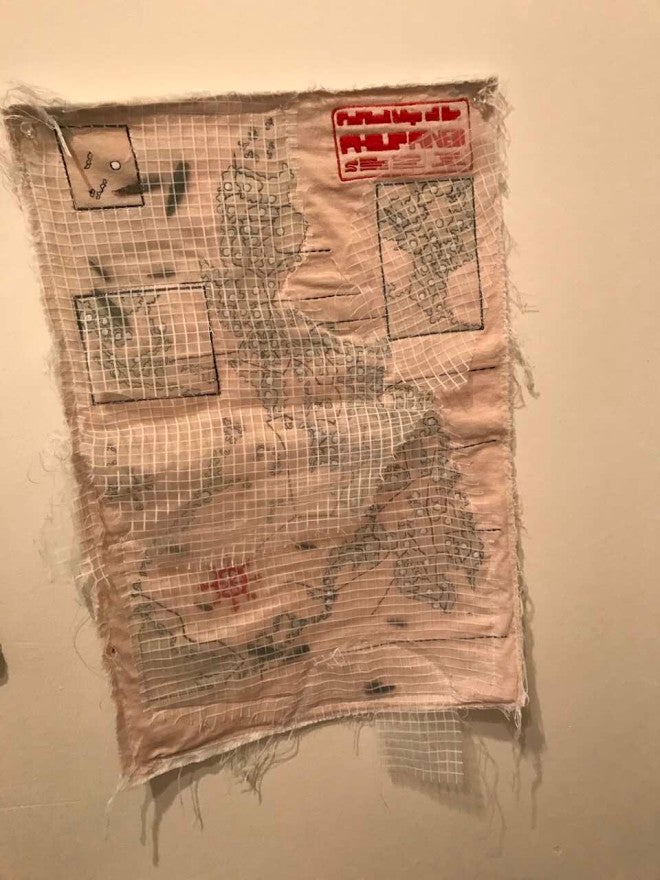 According to Barrata, 86 nations are participating to “create the pluralism of voices that is the hallmark of La Biennale,” with 23 collateral events and special projects. Dance, theater, cinema and musical performances will be staged, as well, throughout the six-month exhibition.

Barrata stressed that Biennale Arte was inspired by a “kind of humanism that celebrates mankind’s ability to avoid, through art, being dominated by the powers that govern world affairs, which if left to their own devices, can greatly affect the human dimension for the worse.”

In this kind of humanism, the artistic act “is an act of resistance, of liberation and of generosity.” /atm 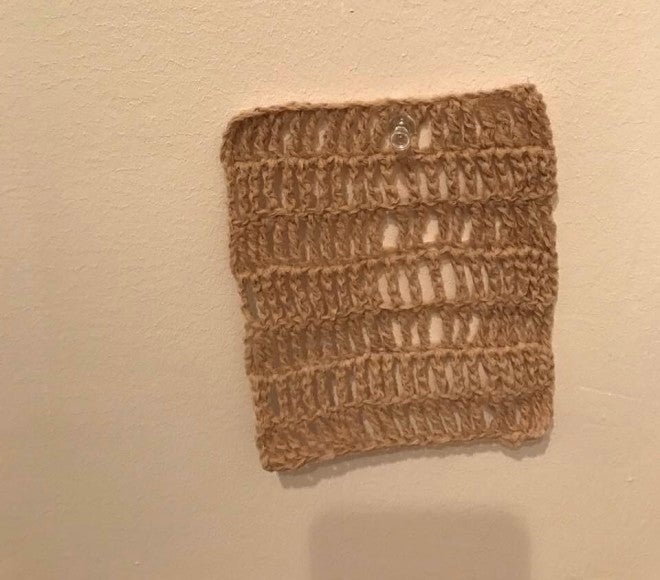