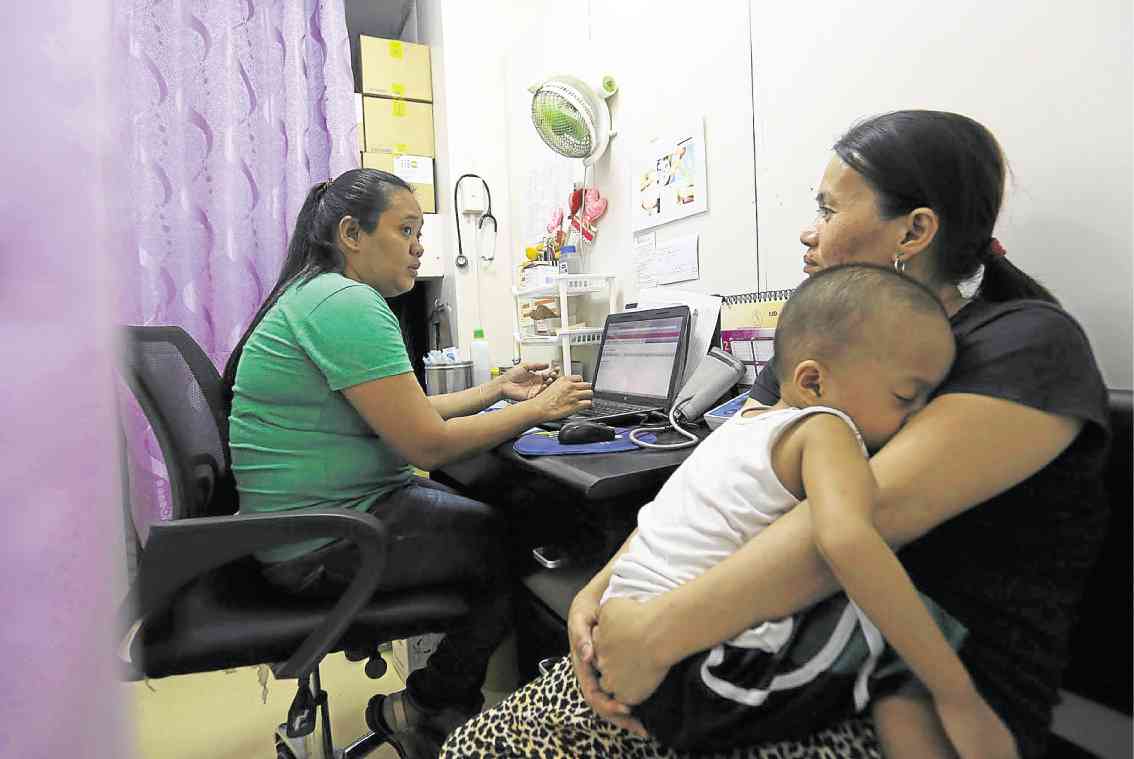 Mom’s the word, unless TRO is lifted

She started using pills when she was 15 to correct her hormonal imbalance, recalled Regina Layug Rosero, 35, a freelance writer who has a 5-month-old son. Her periods can get severe, she added.

“Once I bled so much that I fainted in school. My mom had to bring me to the ER, where a gynecologist prescribed some pills. They regulated my periods and probably saved my life,” she said.

Rosero has been on the pill most of her life, and was appalled at how her regular supply was now imperiled by the Supreme Court’s 2-year-old temporary restraining order (TRO) on several contraceptive supplies and devices.

The TRO, issued on June 17, 2015, was in response to claims by the conservative Alliance for the Family Foundation that contraceptives induce abortion. Covered by  the TRO were 77 contraceptive products, including those up for renewal of their certification by the Food and Drug Administration.

The high court’s TRO prohibited the Department of Health from “procuring, selling, distributing, dispensing or administering, advertising and promoting the hormonal contraceptives Implanon and Implanon NXT” because the implants release hormones that prevent pregnancy for up to three years.

The ruling was later extended to a ban on the certification and registration of other contraceptives, resulting in the expiration of several brands over the next four years starting from 2016.

By 2020, unless the TRO was lifted and new registration allowed, there would be zero supplies left in the market, the PopCom added.

It’s a prospect that Rosero and other young mothers like her dread. She had wanted to be a mother all her life, but she doesn’t feel that motherhood should take over her entire identity, she explained.

The court’s ruling made her “so angry,” Rosero said. “These arguments [about contraceptives being abortifacients] have been around for 20 years now, and it is appalling that the Supreme Court should let ignorance hold sway. What if this had happened when I was 15? Would I have been left to bleed to death? What about other women who need these pills to treat other ailments, or to conceive? Because of the decision of a few, so many will suffer.”

True, there are other methods available to help couples plan their family, but narrowing their choices with a TRO was unacceptable, said Rosero, who had also tried injectables and condoms but found pills more suited to her needs.

“I can stop or start anytime, and they’re pretty discreet. I can just keep them in my purse,” she said.

Marla Darwin, 31, a graphic designer with a 19-month-old baby, similarly considers pills a lifesaver. “They were crucial in relieving my symptoms for polycystic ovary syndrome (PCOS). PCOS made it very hard for me to conceive and it was a regimen of birth control pills that regulated my cycle and allowed me to get pregnant.”

She added: “Many women I know take the pill for many reasons and it’s simply ignorant, barbaric and shortsighted to deprive women of it.”

Reggie Sofia Sison, 34, a financial consultant, freelance writer and mother of one, tried pills “because they’re popular, affordable and easy to take,” but had to switch to injectables in 2014 when she was diagnosed with gallstones.

“I was informed that pills make gallstones worse,” she said.

She later learned that the same brand of injectable prescribed to her costs only P125 at Mercury Drug. “Shelling out P1,800 for an injection that I know only costs P125 is just crazy, so I have no choice but to use condoms a week or two before my cycle. My husband doesn’t like it though,” Sison added.

Ida Avila, 36, who describes herself as “a Jesuit-educated Catholic millennial” has an 8-year-old son, and swears by her progestin-only pill.

“It was prescribed to me by my OB after I gave birth to my son, and it helps those who have a high tendency to develop ovarian or uterine cysts—a hereditary issue for me. It also helps me manage my hormone-triggered migraines,” she said.

“It has definitely improved my quality of life,” said Avila, who chose to be pragmatic about the possible shortage of her contraceptive of choice.

“If the TRO doesn’t get lifted, I’ll probably hoard several packs [of my brand] right before its certificate expires in November 2018. After which I’ll see if I can just buy or have it shipped from abroad.”

She also doesn’t have much elbow room to change brands, she added, as there are very limited alternatives to progestin-only pills.

Darwin, whose monthly household budget includes at least P900 for a pack of pills, said she was not above smuggling her supply from abroad or hoarding them to make sure she doesn’t run out.

Plan B for Sison—getting a vasectomy for her husband—may sound drastic, but then “tubal ligation is a major operation compared to it,” she said. Even getting a doctor to do it can be a tedious process, she added.

“Though I asked my OB-gyne to ligate me when I gave birth to my daughter, she claimed she couldn’t because I was too young and had only one kid. But older women can be ligated even if they’ve had only a kid or two if the next pregnancy might be harmful to them,” Sison recalled her doctor telling her.

Rosero worries as well at the rising cost of pills—they cost her about P600 a pack now, from just a little over P400 before. If her supply runs out and the TRO remains in place, she said she and her husband might have to settle for condoms or other barrier methods.

“I’ve thought about procedures like ligation, but it’s permanent, and obviously not something I want to do so soon after giving birth. I wouldn’t want to impose a vasectomy on my husband, but it’s something we should discuss one of these days,” she said.

Women’s health advocates had cheered Executive Order (EO) No. 12 signed by President Duterte in January, which called for the full implementation of the stalled Responsible Parenthood and Reproductive Health Law of 2012.

But given the Philippines’ coequal executive and judicial branches, even the President’s EO can’t overturn the TRO, noted Romeo Dongeto, head of the advocacy group Philippine Legislators’ Committee on Population and Development.

As women’s organizations, nongovernment organizations and civil society groups plan their next move, including a proposal during the Family Planning 2020 Focal Point meeting on Thursday “to storm the Supreme Court” and file a case at the International Criminal Court over the gross violation of women’s reproductive health rights, an online petition initiated by the Purple Ribbon for RH Movement has started circulating and collecting  signatures.

The group, whose online petition urges the Supreme Court to lift the TRO, was convened in 2011 by reproductive health advocates led by former Health Secretary Esperanza Cabral to lobby for the approval of the then languishing reproductive health bill.

Citing the country’s teen pregnancy rates—the highest in Asia—the online petition estimated that in 2016, at least 281,000 teenage girls had gotten pregnant, with their number expected to soar, given the TRO’s unyielding grip on contraceptive supplies.

The Purple Ribbon group also rued that “because of the TRO, some 5,000 Filipino women will die of preventable pregnancy—and childbirth-related complications.” It added that without contraceptives, more children would be orphaned as more mothers pass away.

The petition, which aims for 35,000 signatories has so far gathered almost 30,000 signatures.  —WITH ANA ROA, INQUIRER RESEARCH