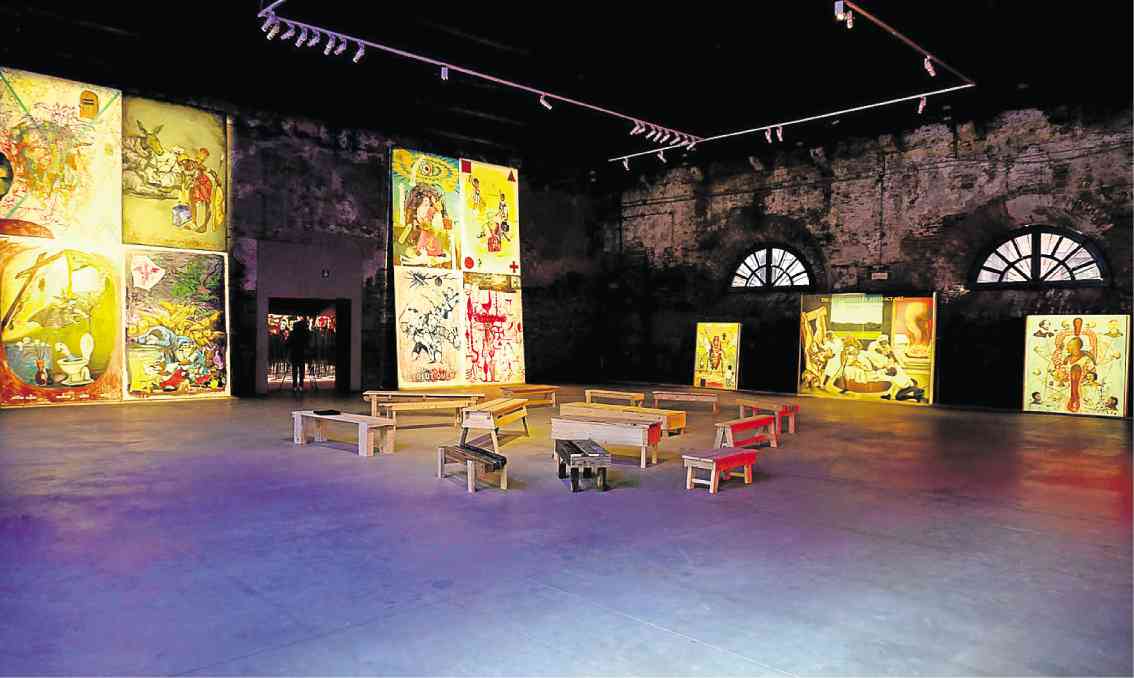 This year’s Venice Biennale unlocks several milestones for Philippine art as the country joins the Art Biennale for the second time since its return in 2015 after a 51-year hiatus.

It presents “The Spectre of Comparison” curated by Joselina Cruz, featuring the works
of Lani Maestro and Manuel Ocampo.

The exhibition’s take-off point is Jóse Rizal’s protagonist in “Noli Me Tángere,” Crisostomo Ibarra, who experiences a double vision when he gazes out at the botanical gardens
of Manila.

The exhibition looks at how Maestro and Ocampo see the events of the Philippines and their adopted countries through an inverted telescope.

Another achievement for the country is that the national pavilion has moved from the 18th-century Palazzo Mora (where the 2015 Philippine Pavilion was housed) to the Arsenale, one of the main exhibition spaces of Venice Biennale.

The vernissage of the pavilion was held on May 11, led by National Commission for Culture and the Arts chair
sVirgilio Almario.

Although unable to attend, Sen. Loren Legarda, prime mover behind the Philippines’ return to the Venice Biennale, congratulated the team and said she hoped the participation this year would further inspire Filipino artists to hone their craft and assert their distinct creative identity.

“Every work of art represents a new way of seeing—a vision of the world—and can be seen as a way of creating our world. The arts create our lives by expanding our consciousness, shaping our dispositions, satisfying our quest for meaning, establishing contact with others and sharing a culture,” said Legarda.

Almario noted: “It is only fitting that our exhibit for the 57th Venice Biennale is titled ‘The Spectre of Comparison.’ It stirs the conversation to many points of discussions; and one of them is to ask what it means to be Filipino and what being Filipino means to a world that is more fragmented than ever, yet is connected via technology.”