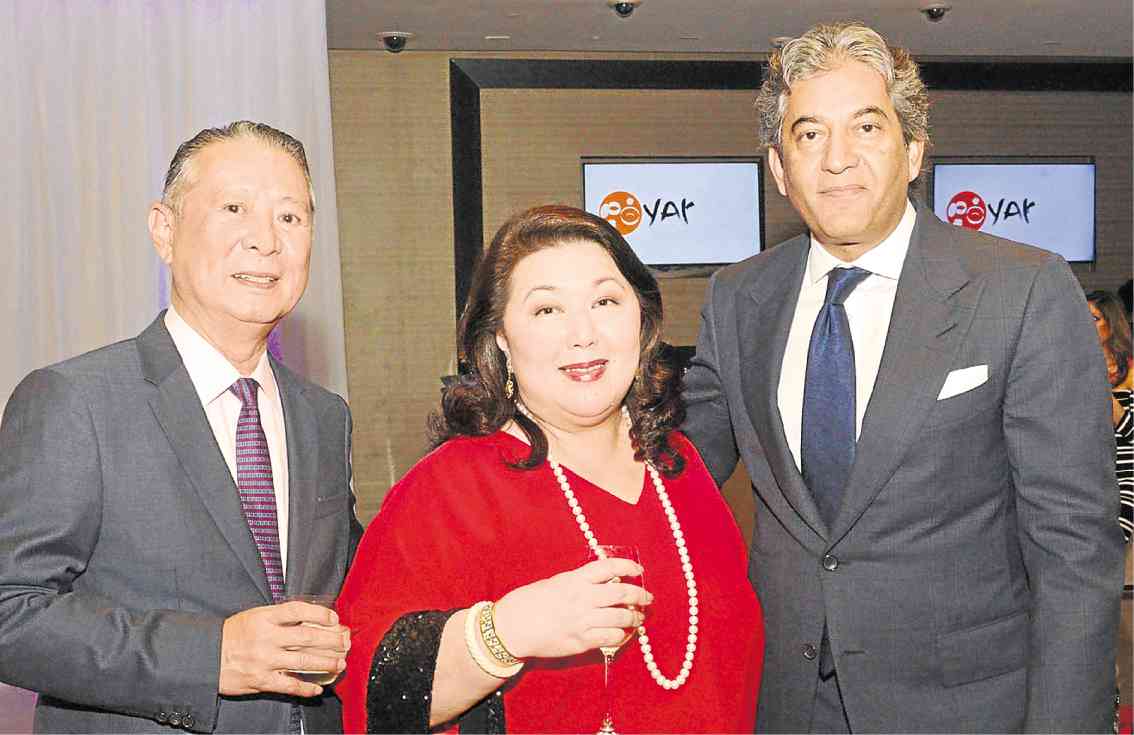 Philippine Tatler’s “A Wedding Affair,” the launch of the second edition of Philippine Tatler (PT) Weddings, was a well-attended soiree at the Theatre Lounge of Solaire Resort and Casino.

A handy, tote-sized compendium of ideas and tips as well as of informative and inspirational features, PT Weddings is a must-have guide for modern-day couples planning their dream wedding.

“I was invited by 4get-me-not, a nonprofit organization based in Dubai whose advocacy is raising awareness about Alzheimer’s disease through art,” she said. “I accepted the invitation in a heartbeat!”

Miloda unveiled her “Yoga Art” series during the art powwow. She explained that the series was addressed “to Alzheimer’s disease caregivers to find inner peace, calmness and respite (through yoga).”

“Yoga is an expression of humanity through our body,” she pointed out. “And art is like yoga. It is a state of meditation. Any kind of creative and physical creativity is like meditation because you are focusing on something other than your life.”

Last March, Miloda joined an art exhibit in Taguig mounted by the Zonta Club International in connection with Women’s Month. The exhibit addressed violence against women.

Miloda said her next exhibit would be at the “HeARTfully” art festival in the Filinvest Indoor Tent on May 29-31.

The much-coveted kitchen cabinet brand “captures the essence of city living while celebrating nature and the outdoors,” says Steve Sy, Focus Global president. “It’s perfect for the discerning set that enjoys mixing different styles with a creatively fresh perspective on functionality and flexibility.”

In addition, homeowners may opt to include an herb garden in their kitchen, says Loli Sy, executive vice president. Cool, isn’t it?

Guests marveled at the SieMatic 29 kitchen sideboard developed in collaboration with Berlin-based Kinzo design studio. It is a homage to the traditional kitchen buffet which gave SieMatic its first success after its founding in 1929.

Aside from Urban Kitchen, SieMatic has also released other collections: Pure, characterized by clear lines and minimalist modern style; and Classic, reflecting timeless elegance and opulence.