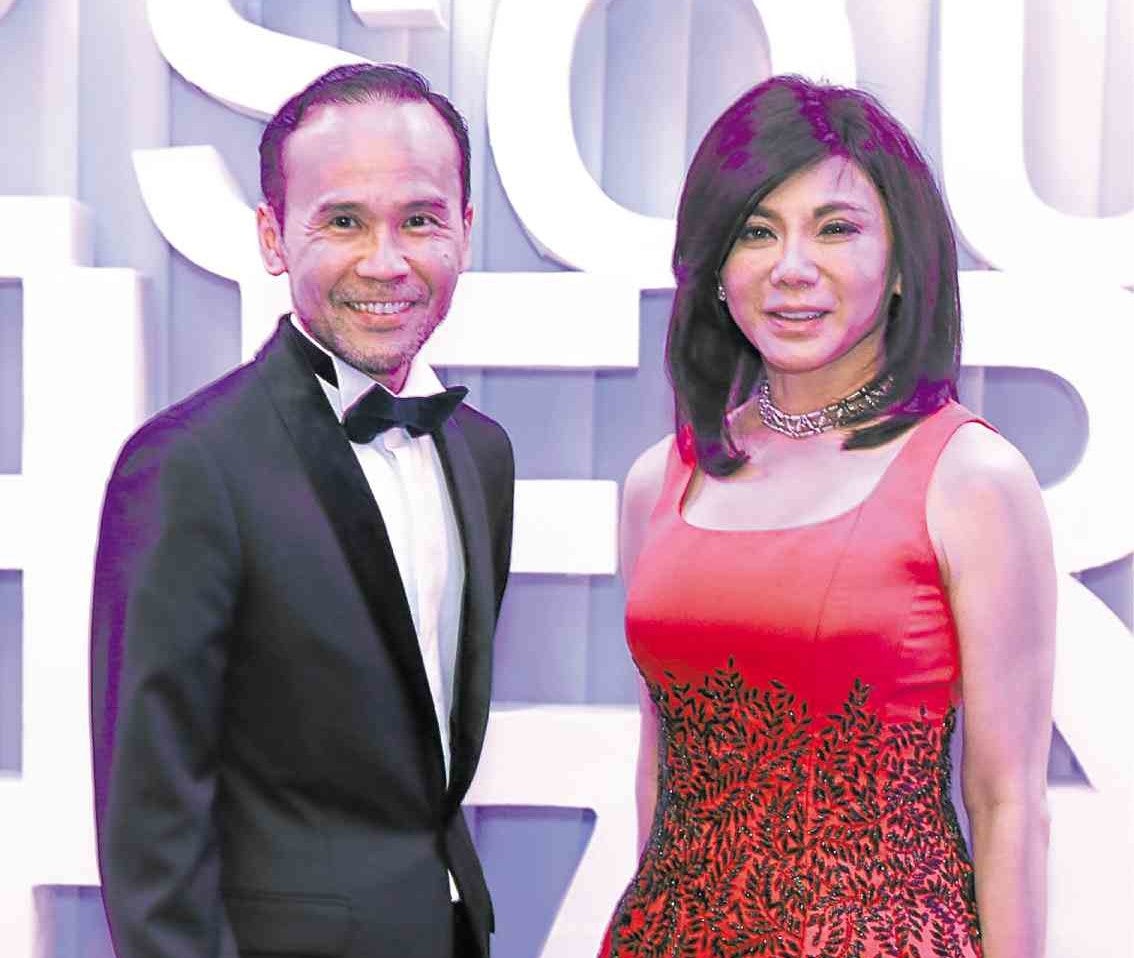 For one night, Dr. Vicki Belo and her Belo Medical Group (BMG) ditched their white coats and instead wore long gowns, cocktail dresses and tuxedos for the launch of beauty enhancement procedure Ultherapy II held at Makati Shangri-La.

Ultherapy is a noninvasive procedure that “provides a gradual and gentle lift on the eyebrows, neck and decolletage by smoothening lines and wrinkles,” said Vicki. “It uses the power of ultrasound, which helps in the development of collagen, resulting in smoother skin and toned texture.”

BMG is the first clinic in the Philippines as well to be certified for the Ultherapy II system.

‘My Recipe to Sexy’

Speaking of endorsers, Century Tuna presented Gerald Anderson, Matteo Guidicelli and Paulo Avelino as the brand’s ambassadors at the the launch of its “My Recipe to Sexy” campaign, also held at Makati Shangri-La.

They themselves gamely recreated the easy-to-prepare dishes on the spot at the fun, beach-themed event.

“We’ve been thinking of ways to encourage people that there’s more to Century Tuna,” said Greg Banzon, Century Pacific Food Inc. vice president and general manager. “With this campaign, we showed that Century Tuna is as versatile as our new three endorsers, that there are more than the usual ways to prepare it, all healthy, delicious and easy.”

In other words, palangga, you don’t have to deprive yourself of good food to stay fit and sexy. With Century Tuna’s “My Recipe to Sexy,” you can eat well and eat right.

The booming province of Iloilo was the setting of a benefit show, the “Gwapo/Gwapa Fashion Gala” by Nono Palmos held at the Jade Ballroom of Grand Xing Imperial Hotel.

The event featured the creations of the renowned but unassuming Palmos, a native of Iloilo. He has been promoting Iloilo’s indigenous textile, the hablon, in fashion runways across the globe.

Among the special guests was Pampanga Rep. Gloria Macapagal-Arroyo, who  also wore a Palmos gown.

One of the highlights of the evening was the command performance of violinist John Lesaca, who came with his wife, Marilou Arroyo.

Gwapo/Gwapa was spearheaded by Gold Gonzalez and her mom, Pacita Trinidad-Gonzalez, to raise funds for her husband’s advocacy, The Raul Gonzalez Sr. Foundation.

A museum was built in honor of the late Justice Secretary in Petalsville, Jaro. It also serves as a clinic that offers free medical and dental checkup, ECG, ultrasound and other medical services for indigent Ilonggos, dahlings.

The event was organized by Jane Javellana of Artjuana and directed and choreographed by Bo Parcon.