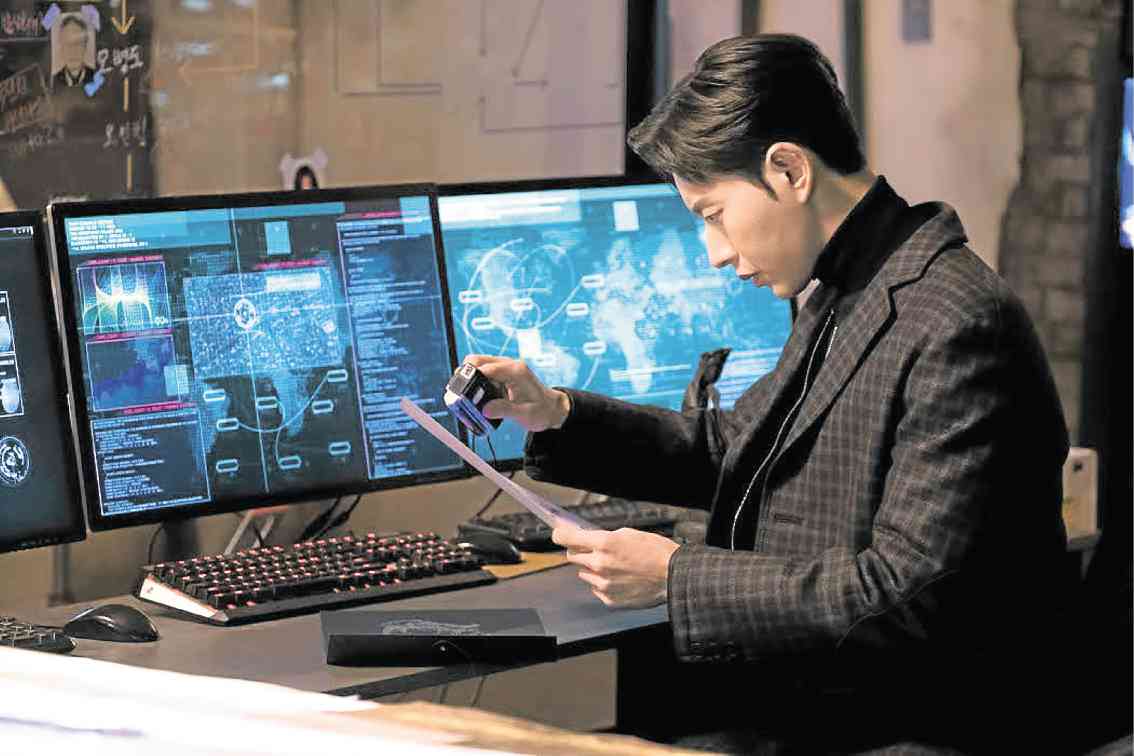 Love is merely a tactic of deception. For a secret agent, it is said to be the most powerful shield.

JTBC’s “Man to Man” creates a lead character that isn’t hard to fall for—and that is exactly what makes him more dangerous.

Ghost K (Park Hae-jin) is a secret agent for South Korea’s National Intelligence Service (NIS). His missions are never simple, and being a spy limits him to no geographical location. For the government, ghost agents like him are neither dead nor alive.

This ghost agent can lie on impulse without detection. He does not have a name he can call his own, and knows he fights battles in the shadows no one will never know about. He’ll never be the type of hero the public will see on the front page of a newspaper, but there is always a possibility that whenever it is threatened, he has kept the nation’s peace and order in place for one more day.

“Man to Man” has a saturation of action that is welcome. Its sporadic warfare antics are well positioned and thought of. With eight episodes out, it still has not worn out its combat scenes, answering to the appetite of an international K-drama audience for an action drama and a fresh story.

His missions aren’t something he accomplishes on a single day nor week. Ghost K meticulously lives a double life to earn the trust of the people involved in his mission. Meeting him is never just a chance encounter, as there is always a sure motive behind it.

The top-notch spy uses romantic relationships to find ways inside even the most secured organizations. He uses his charm to manipulate women into thinking that their relationship is genuine and this makes Ghost K the number one man not to fall for. But this hot and cold personality that knows how to play his cards makes it hard to do otherwise.

Although his feelings are not real, Ghost K’s love is patient and kind. But he is not only a secret agent that is able to profile personalities and adapt to them, he knows exactly when to strike to gain the moment’s favor.

Ghost K says that a woman is paradoxically the perfect shield but is also the worst enemy, and so he believes that a relationship’s end must be better than its beginning. He is good at disappearing—and there is nothing else he looks forward to in a mission but this part.

In the first of a series of missions, he must retrieve a wood carving that is now part of chair Victor’s personal relic collection in Russia. Taking on the name Kim Seol-woo, Ghost K becomes a bodyguard for a rising Korean action star Yeo Ungwang (Park Sung-woo) who just recently had a successful superhero stint in Hollywood. Ungwang, whom chair Victor is a huge fan of, is his only option to accomplish the task.

But just as he is ready to proceed with another identity to carry out the rest of the wood carvings mission, his connection with Ungwang and his fangirl manager Cha Do-ha (Kim Min-jung) must be kept.

Although some people may see aspects similar to “Healer,” such a comparison should not be made. The story’s characters are already in a complex web, but it is only with the entrance of Seol-woo that its layer of connections is exposed—
instead of circumstances plunging its innocent characters into troubles they could never solve on their own. The drama also has moments of comical bromance that could compete with 2016 favorite “Goblin.”

Already halfway through the series, “Man to Man” does not begin with a masculine genre only to abandon it afterward—or, at least, beyond its eight episodes, we hope it doesn’t. Seol-woo knows his current mission is dangerous, not because he’s against the gamechangers of Korea’s politics and economy, but because his guarded heart is already showing some chinks on the armor—and he knows it.

The K-drama’s love angle has not taken the front seat, and there is much expectation—or, in this case, plea—for it not to. Ghost K shouldn’t be another man who uncharacteristically changes for a woman—such depiction of his character would make the spy drama fall into a cliché narrative.

“Man to Man” is the first K-drama to be broadcast internationally, with weekly Netflix simulcasts every Friday and Saturday as episodes premier at 11 p.m. in Korea.