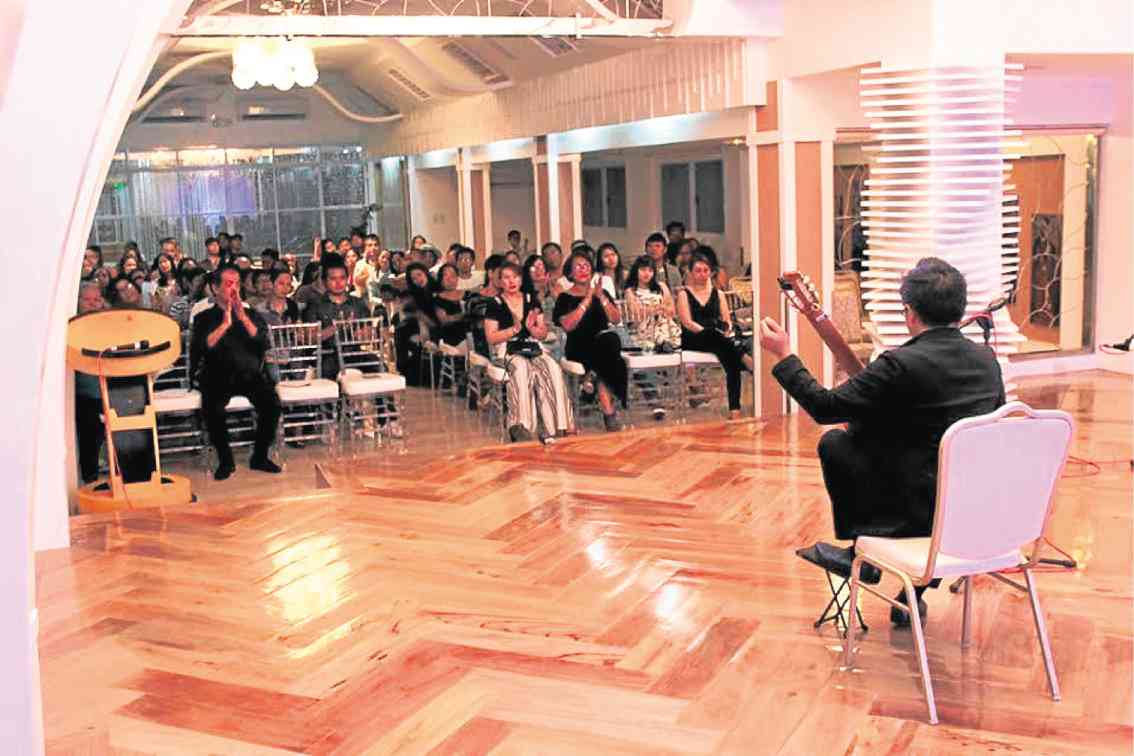 The audience at Regina Hall of Kemji Resort with classical guitarist Aaron Aguila. It is a night of the millennials, and some seniors, too. —PHOTOS BY FLOYD EVANGELISTA FLORES

The island millennials dominated the well-received concert of classical guitarists Aaron Aguila III and Sting Asistores at Regina Hall of Kemji Resort on May 12 in Virac, Catanduanes.

After being mesmerized by De Falla’s “Danza del Molinero” rendered by Aguila, the audience couldn’t help singing with the classical guitarist in his performance of Constancio de Guzman’s “Bayan Ko.”

Aguila and Asistores ended the program with a poignant rendition of Ernani Cuenco’s “Nahan,” after which the audience clamored for an encore.

A Beatles number dedicated to the birthday celebrators in the audience—music-lover Manette Arcilla and Dr. Aida Dianela—drastically changed the mood of the concert with audience members yelling and screaming, thus transforming the classical mood of the festival event into a rock concert.

The concert was made possible with support from the office of the provincial governor under Gov. Joseph Cua, Catanduanes Tribune, and Kemji Resort and Restaurant.

Before the June 16 concert, a special lecture will be delivered by former Tourism Secretary and 1964 Miss International Gemma Cruz-Araneta at Catanduanes State University auditorium on the same day. —CONTRIBUTED