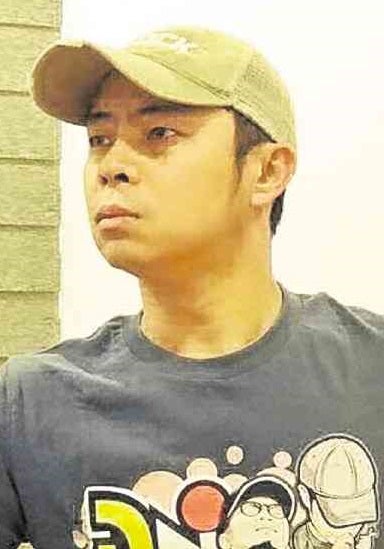 Necessary, or itself a distraction? Motorists, passengers weigh in on Anti-Distracted Driving Act

The Anti-Distracted Driving Act (ADDA) or Republic Act (RA) No. 10913 was implemented last week (May 18). As with all things new, however, there were some who chafed at the rules that prohibit motorists from using electronic gadgets while driving. This includes texting and making calls (with some exceptions), reading e-books, surfing the internet and watching movies.

Basically, fidgeting in any way with one’s phone while in the driver’s seat is off limits.

Of course, memes sprouted soon after—including one comparing a passenger jeepney’s comically cluttered windshield with that of a private car with one phone “obstructing” the driver’s view.

At a time when motorists and passengers alike rely on Waze to find alternate routes to get from one point to another in a traffic-choked metropolis, the new law seems disconnected from reality.

There are also some who fear that corrupt traffic enforcers might see RA 10913 as another way to fleece motorists (kotong).

Our Grab driver on Thursday morning said that the company had been sending hourly reminders about only answering calls wearing earphones or a headset, making sure their device did not obstruct their line of sight, and activating Waze before driving.

He added that he wasn’t too bothered by the new rules. “I can always contest a traffic enforcer’s claim if I know I didn’t do anything wrong.”

Inquirer Lifestyle asked motorists and passengers what they thought of the Anti-Distracted Driving Act.

“Like all laws, the intention is good since using mobile devices while driving could lead to more vehicular accidents. I feel that the prohibition on the mounting of devices should be refined. Car manufacturers should adapt to this new law and integrate mobile connectivity as one of its priorities.” —Leyton Lozada, lawyer

“Based on the key points of the ADDA, I find it reasonable except for the provision that states that it still covers vehicles temporarily stopping at a traffic light or intersection. Of course, every law is subject to corruption, but if implemented correctly, I believe it will contribute to the overall improvement on safety.”—RJ de Gracia, motorist and general manager, Genghis Khan Security Services

“We should abide by the ADDA because it is for the safety of everyone. It may be cumbersome for others, but I believe that with strict implementation, it will help decrease road-related accidents.”—Angel Javier Cruz, mother, motorist, GMA Network VP for Corporate Affairs and Communications

“I always rely on Waze to get around. Always! Even if I know where I am going, I use it to take alternate routes. I agree with the Act’s intention for a better safety standard, but laugh at the implementation and clarity of the issue. —Brandon Vera, MMA fighter

“I use Waze to tell me the quickest way to get to my destination. I think the ADDA is reasonable. I am guilty of sending texts while driving, so a law that will keep one from doing that is good. I will feel safer. —Gab Chee Kee, motorist, rhythm guitarist of Parokya ni Edgar

“Any law promoting the safety of the motorists and pedestrians should be enforced. But the government should also act on cars, taxis, jeepneys, trucks and buses that have stuffed toys, large stickers, signboards and decorations on their dashboards and windshields.” —Dindin Moreno, motorist and drummer of Parokya ni Edgar

“I’ll support any law that will take away any distraction from drivers, but navigation isn’t a distraction. The authorities should know that navigation apps and the like are aids to drivers.” —Vinci Montaner, motorist and vocalist of Parokya ni Edgar

“I agree that the driver should not hold his phone while driving. It is hard to shift our paradigm, but it is high time that such a policy is implemented. I hope, though, that the implementation by law enforcers will be fair and not abused.” —Jenny Teves, executive and motorist

“In general, it’s reasonable. However, implementation should be fair. It should include jeepneys and buses that have more obstructions—like piggy banks—to their field of vision than private drivers.”—Nino Carandang, motorist

“I prefer that my Uber driver uses Waze during every trip. The rules seem reasonable. I can always navigate for him using my phone. Or I can activate my phone’s speaker and then just take a nap.” —Jason Angulo, passenger and web developer