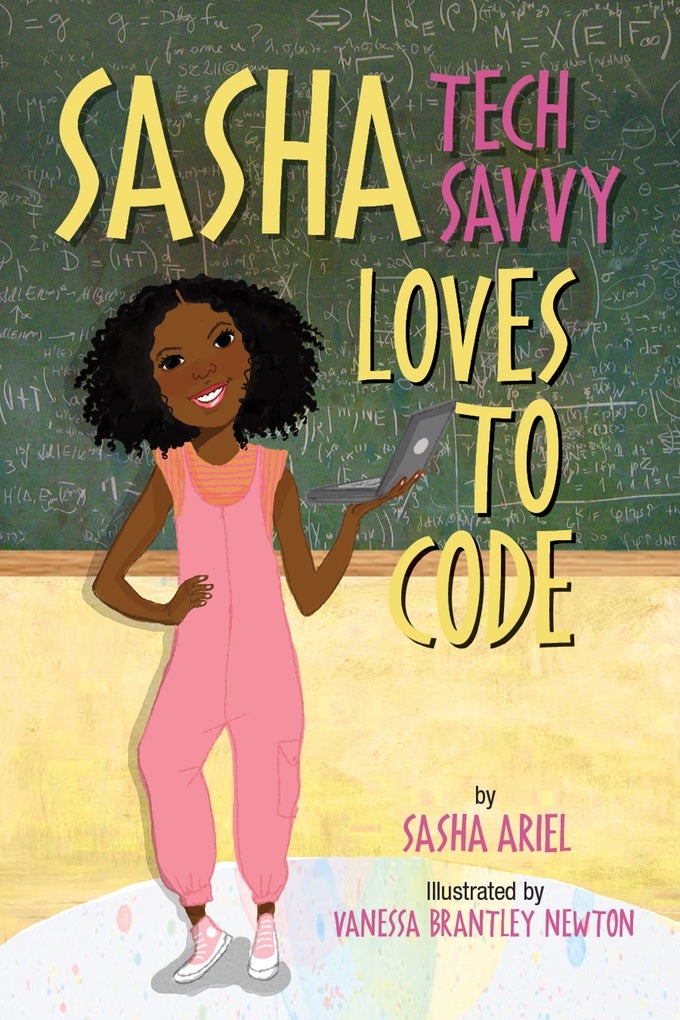 In a world where professions in the fields of engineering and science are still dominated by men, Sasha Ariel Alston wants to help women make their mark in a simple way: through a children’s book.

Coding since childhood, Alston was shocked to know that this was not commonplace, reflecting the unlikelihood that girls would get into STEM (Science, Technology, Engineering, and Math) industries.

She shared alarming statistics: “Less than 1 percent of high school girls are even interested in pursuing a computer science degree. Only 11 percent of women of color are in STEM career fields.”

Alston set out to write a book that would appeal to young girls, and is also based on her own experience learning to code. According to her Kickstarter page, the 19-year-old college student worked on the 32-page book for two years which includes basic coding terms, problem-solving and female role models in STEM.

“Sasha Tech Savvy Loves to Code” follows 10-year-old Sasha Savvy, an intelligent African-American girl whose mom Stacy is a computer software developer and introduces her to coding. Sasha learns to make a gaming app during a coding camp with her best friends, but “gets frustrated when her code doesn’t work just like I did and still do.”

“This story is my way of getting girls excited about STEM. I want them to be confident that they can choose any career they want. All they need are the skills, enthusiasm, and support.”

Ariel is accomplished in her own right: a university student at Lubin School of Business at Pace University in New York, she created her first app during a camp in the University of California Los Angeles and has had internships in tech giant Microsoft and the United States Department of Commerce since she was in high school.

Her fundraising to publish the book was an immense success. The book garnered $17,602 worth of pledges, far above her $5,000 target. The book will be on sale in Amazon starting June 2.