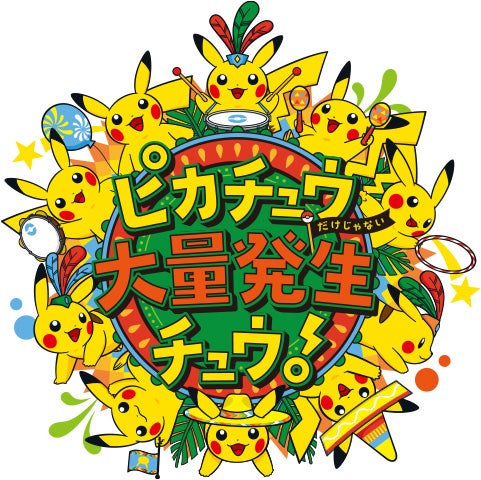 Every year in Yokohama, Japan, dozens of life-size “Pikachus”—the popular Pokemon mascot—appear to entertain both visitors and locals alike. But this year, rumor has it that other Pokémon will be joining in on the fun.

According to a Pokémon Company announcement via RocketNews24, the adorable Pikachu horde will start patrolling the streets on August 9 and will continue to entertain visitors until the 15th.

There will also be a 100-Pikachu parade on August 14 along Nihon Odori street.

The official name of the 2017 event is “Pikachu Dake Ja Nai Pikachu Tairyo Hasseichu,” which translates as “The Not Just Pikachu Pikachu Outbreak.”

Judging by the festival’s name alone, its seems that other Pokémon will indeed be joining the throng of dancing-marching-electrically-charged pocket monsters.

During the 2016 event, the Pokémon Company snuck in a random Ditto into the pack. One could consider this as a bit of foreshadowing to 2017’s event.

From a marketing standpoint, it’s also a good way to gauge if fans are ready to see other Pokémon dancing and marching on the streets of Yokohama—aside from the fan favorite Pikachu

So what Pokémon are you hoping to see dancing with the lovable Pikachus? Perhaps a Bulbasaur, Squirtle, or maybe even a Magikarp? Alfred Bayle/KI

Catching ’em all at Pikachu Outbreak 2016