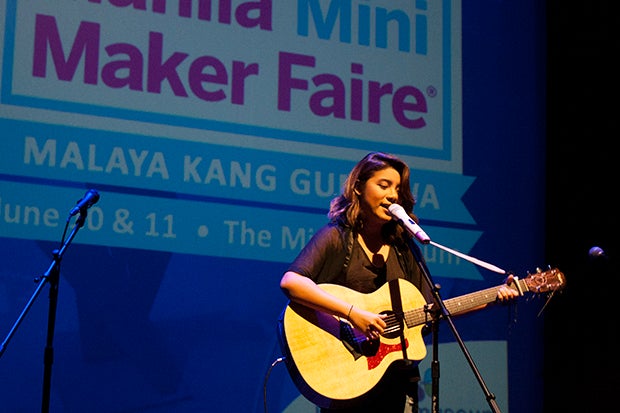 This June 12, the Philippines celebrates its 119th year of independence from Spanish colonial rule. While one can argue we no longer need to fight for our political freedom, the struggle still goes on to shape Filipino cultural identity.

Individually, innovators in both the arts and sciences have been pursuing efforts to hone their craft or respond to a social need. A challenge has been to gain exposure and support outside of the mainstream.

The Bonifacio Art Foundation, Inc. (BAFI) seeks to create that platform for artists and scientists, and to celebrate their contribution to Filipino culture in one weekend: the second BGC Arts Festival entitled “BGC Loves Local” this June 10 to 11, 2017.

The festival aims to reach just about any type of person who wants a “local feast for your mind and soul,” says Maribel Garcia, head of content of the BGC Arts Center.

“We might have this economic progress, but life has to be complemented and supplemented with both the sciences and the arts,” said Renato Lucas, secretary-general of the National Music Competitions for Young Artists.

Proving that “art knows no boundaries,” a variety of performing arts such as theater, ballet, music and street dance will bring life to the seven-month-old BGC Arts Center.

For those who want to be inspired by the freshest in the art scene, alternative forms of art are also offered for audiences. One of these is improvisational theater by Third World Improv, where actors spontaneously put on a show from a topic given by the audience. Production collective Stages Sessions will put on an an indie music festival with full orchestra arrangements. A larger-than-life dance video by Entablado will be projected on the façade of the Maybank Theater.

Science will also be in the spotlight: The first ever Mini Maker Faire will be held at the Mind Museum, and will be open to the public for free. Here, one can see for a weekend what solutions fellow Filipinos have to everyday problems or how independent innovators are keeping up with the latest technology.

The most creative minds in the country from Ilocos to Cotabato will be showcasing their projects. A salinator used by fishermen for potable water, a dog collar with GPS, homemade solar lamps and DIY Star Wars BB-8s are only a few of the 50 innovations at the Manila Mini Maker Faire.

It is a weekend brimming with so much talent in one space that organizers said they had a difficult time denying who wouldn’t make the cut.

Ultimately, the festival is meant to instill hope: “I would like the audience to be optimistic, that despite all the weird things that’s happening around the world, that hope is alive with life-giving things that the arts and sciences bring,” said Garcia.