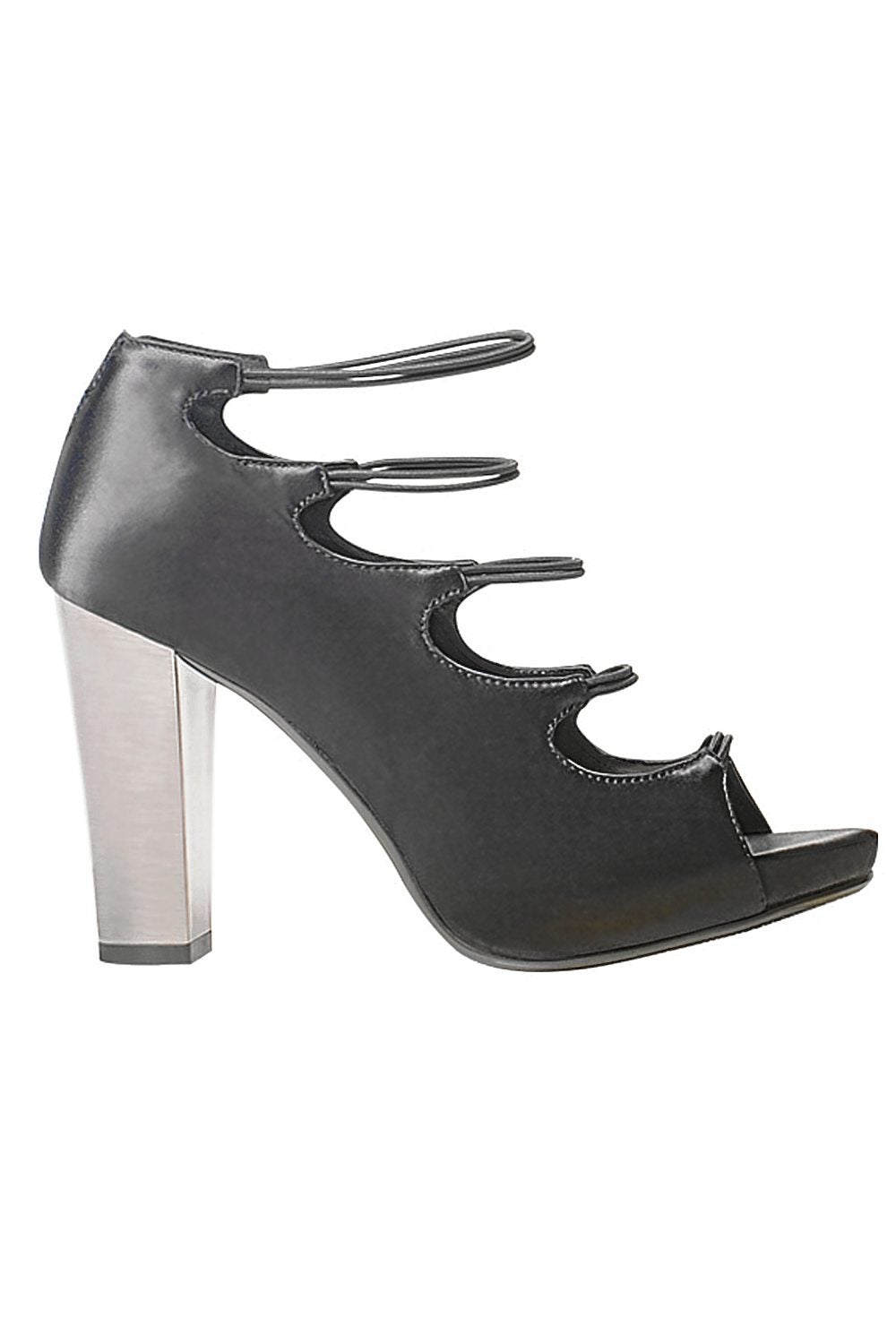 It’s not a stretch to say that there’s instant cachet when the Rajo Laurel name is stamped on a product these days.

Easily the busiest—and possibly the most recognized name, even to those unfamiliar with his work—among his generation of fashion designers, Laurel was picked by SM to design a pocket collection for its iconic in-house shoe label Parisian, the brand’s first-ever designer collaboration.

But the SM-Rajo Laurel connection goes back farther than many might know. Laurel’s first job, at age 15, was as illustrator for the department store chain. “I’ve come full circle,” he said at the launch of Rajo! for Parisian last week.

Laurel and SM have been working on the project for a full year. It was very hard, the designer said of the process. Unlike with draping and cutting flat fabric, here he faced the daunting task of not only sketching a beautiful shoe, but also learning and dealing with the technical aspects of translating that sketch into a functional and hopefully foot-friendly object.

“It’s not the same,” Laurel said when asked to compare the process of making clothes and shoes. With shoes, it’s “like making sculpture. You’re molding across the feet and it should be 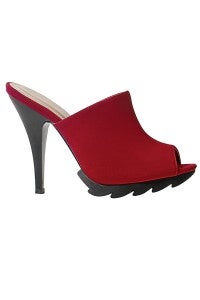 comfortable and functional and also have a certain aesthetic to it.”

Laurel describes his task as a “philosophical process,” creating a desirable object without losing sight of its utilitarian purpose. He notes that for many women, dressing up begins with their choice of footwear; it dictates their look on a particular day.

Shoes are sort of an addiction for some women, and Laurel is more than willing to indulge that, with 14 styles that range from sinuous, color-blocked five-inch wedges to tractor-soled platform heels. 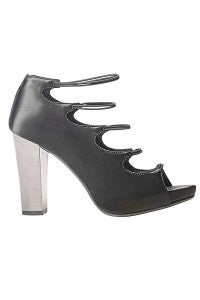 Influenced by his love for architecture, “structural, sculptural and modern with a bit of romantic touches” is how he describes the collection. While the cloven-hoof styles with five-inch suede wedge heels could be easy favorites for stylistas, Laurel offers a balanced selection so as not to alienate the typical SM Parisian shopper. There’s a low-heeled slingback wedge style in satin and suede, for instance, as well as strappy flat sandals.

Parisian is a label remembered by many from before SM became a retail behemoth. From affordable and reliable classics, it has  of late been offering trendy styles that mimic the hottest runway looks. It seems the Rajo Laurel name is all it needs to be on the radar of not only bargain-hunting fashionistas, but also all women wanting to get something “designer” minus the price tag.