Nagoya and beyond is Japan beyond the usual | Inquirer Lifestyle ❮ ❯ 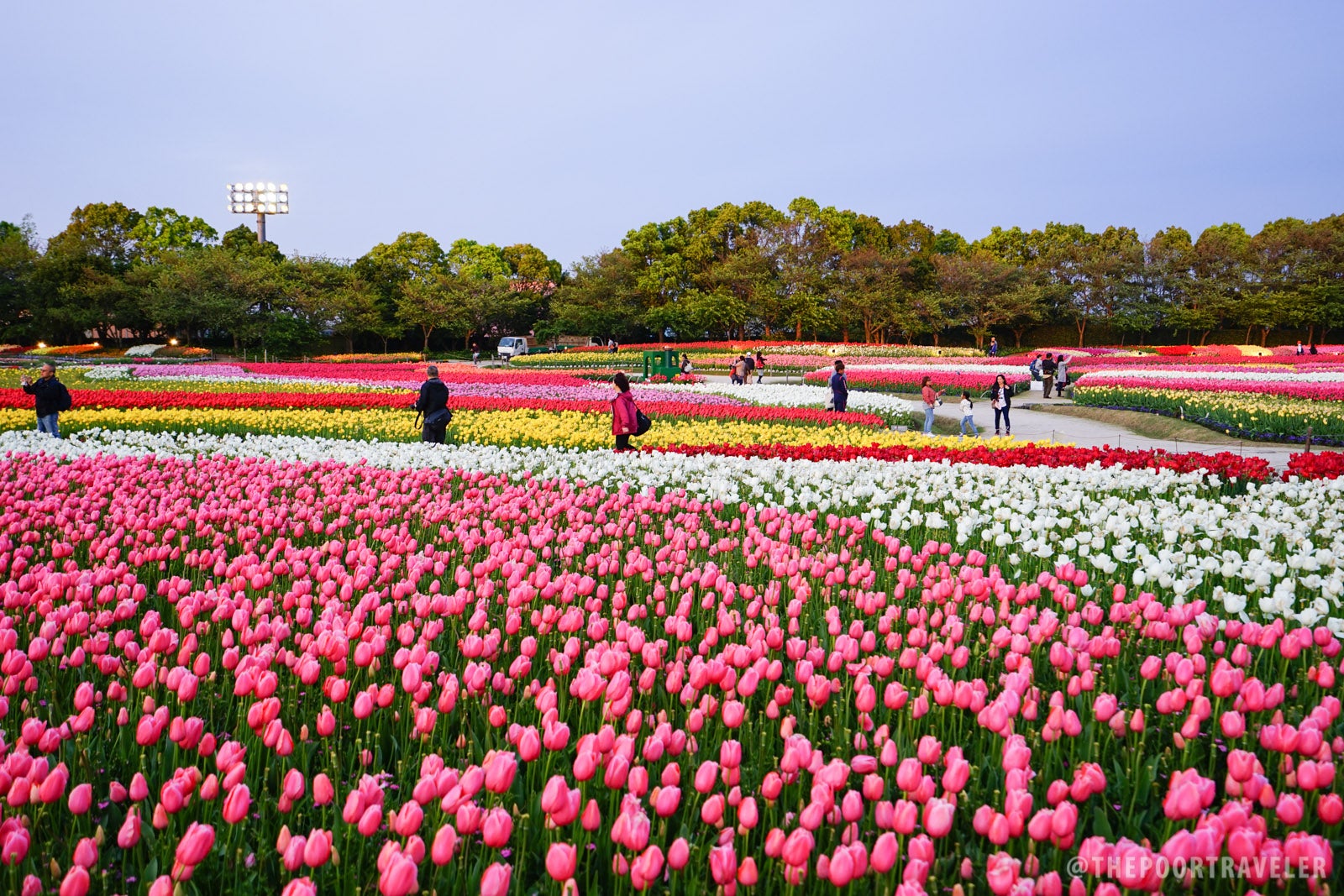 Tulip fields at Nabana no Sato flower park, which also has an enchanting light show at night, and a tunnel of lights.--ALL PHOTOS BY VINS CARLOS

Nagoya and beyond is Japan beyond the usual

It’s easy to forget, when you’re in the middle of one of Japan’s cutting-edge mega-cities such as Tokyo or Osaka, or its beautifully landscaped cradles of culture and history such as Kyoto or Sapporo, that much of the country is, in fact, made up of mountains and peaks and rugged land. About 75 to 80 percent of Japan is mountainous terrain, the result of its geographical location atop four colliding tectonic plates under the Pacific, which crunches up the earth and accounts for the country’s long history with periodic earthquakes, volcanic eruptions and tsunamis.

A unique way to experience Japan other than its urban attractions is to see this wild, rustic side of the country; seeing how the Japanese have both mastered and learned to live harmoniously with nature is to gain a deeper understanding of the Japanese way of life.

The idea of fresh mountain water in your village canals and fountains so clean, for instance, that you not only drink it, you also wash your vegetables, plates and clothes with it—that’s a vision that would boggle the imagination of any city-choked resident. But in the old riverside town of Gujo in the Gifu Prefecture, whose people have practiced sound environmental living for generations, it’s a normal, everyday reality.

A side trip to Gujo to see its famed waterways—and, in summer, to participate in its traditional dance festival where townspeople would sing and dance for many nights—is just one of many eye-opening pleasures afforded by traveling to Nagoya, the capital of Aichi Prefecture, and from it, to other cities and places of interest in central Japan.

This metropolis of nearly three million people—30,000 of them Filipinos, said to be the largest Filipino community in Japan—is easily reachable by Filipino travelers via Jetstar Japan, the country’s low-cost carrier, which flies four times a week direct from Manila to Nagoya’s impressive Chubu Centrair International Airport.

Less than five hours from tropical Manila, Nagoya is the gateway to surrounding outdoor attractions in central Japan such as the Tateyama Kurobe Alpine Route. The mountain range receives some of the heaviest snowfall in Japan, and in the spring months of March to May, when the sun is out and the cold manageable, the snow-clad mountains offer a feast of spectacular vistas: the massive, still-frozen Kurobe Dam, the largest dam in Japan; a walk through a Snow Wall, with sides of sheer ice as high as 20 meters (open only from April 15 to June 22, the wall altogether disappears by summer); vast gorges of panoramic white as visitors ride cable cars and funiculars to cross from one peak to the next.

Just like the ephemeral cherry blossoms that last for a brief two weeks (in Nagoya and environs in the waning days of April they were on their last days), the winter beauty of the Japanese Alps is fleeting: inaccessible from December to mid-April, then enjoyed until June, only for the snow to give way to acres and acres of grassland, flowers and colorful foliage in the summer. But that’s just one more reason to revisit Nagoya and beyond in another time and season.

Also in the Gifu Prefecture are historic places such as Magome-juku, which has preserved its charming district of old houses and former inns dating back to the 17th century when the town was an important pit stop between the major cities of Edo, now Tokyo, and Kyoto, the old imperial capital.

There’s also Takayama, a highland city of traditional streets and structures now adaptively reused as quaint tourist shops and sake joints. The town hosts the historical landmark Takayama Jinya, a sprawling, all-wood former government complex with restored tatami-furnished rooms and quarters that once served as offices, courtrooms and sleeping quarters by lords and local officials of the Tokugawa shogunate.

In northern Gifu is the exquisite Unesco World Heritage site Shirakawa-go, a tiny village of traditional farmhouses, some 250 years old, built with distinctive triangular thatched roofs. This site, set against a picturesque mountain backdrop, is said to be even more magical in winter, when snow shrouds the village roofs and house lights glow in the darkness.

For further immersion into old Japan, Matsumoto City in the Nagano Prefecture offers the mighty Matsumoto Castle. Over 400 years old, notable for its black exterior (hence its other name, “Crow Castle”) and for being the oldest five-story structure in Japan, the castle is one of the country’s declared National Treasures. Visitors can climb its steep stairs into stark, open interiors at every floor to get an idea of how 16th-century daimyo (feudal lord) families and their courtiers inhabited such strongholds.

If all these sallies into exotic history and culture feel a bit too much after a while, cosmopolitan Nagoya itself is the palate cleanser.

Decompress by shopping at the swanky Sakae district or, if you’re into discounts, the Mitsui Outlet Park Jazz Dream Nagashima, which has over 200 local and international retail brands. Make time for a revelatory visit to the Toyota Commemorative Museum of Industry and Technology (the world’s largest automaker started out as a cotton milling company—that incredible story comes to life through vintage demonstration machines at the museum that still work), or the SCMaglev and Railway Park, which allows visitors a close look at how evolving high-speed train technology has underpinned Japan’s march to First World economic stature.

Or stop and smell the flowers, literally, at Nabana no Sato in nearby Mie Prefecture. It’s a popular botanical garden with begonias and roses in the thousands, and tulip fields in the most intense colors, complemented by an enchanting light show at nightfall. This pocket of flora and greenery is well within the city, but after a swing through the pristine mountains and countryside of this part of Japan, it’s the perfect reminder that, in the midst of their country’s gleaming modernity, the Japanese’s reverence for nature and its beauties remains inviolable.

All photos by Vins Carlos of the blog The Poor Traveler (www.thepoortraveler.net)