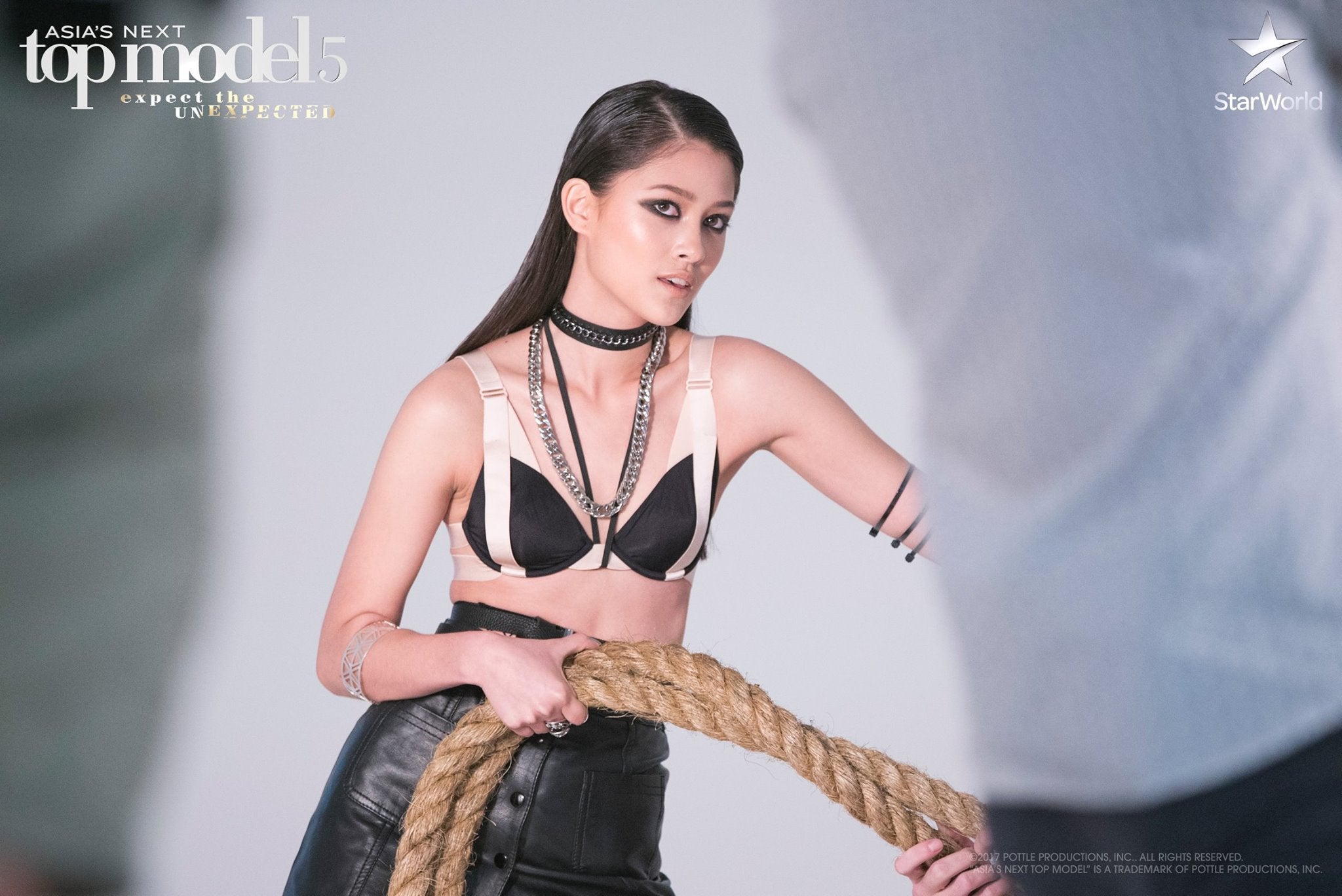 PHOTO from Asia's Next Top Model/Facebook

Regardless of the modeling tips she learned in “Asia’s Next Top Model,” German-Filipino hopeful Maureen Wroblewitz learned one valuable lesson: Build self-confidence and stop doubting your abilities.

Wroblewitz, who is the sole Philippine bet on the modeling search’s fifth season, was encumbered by boorish comments from her fellow contestants, Indonesia’s Clara Tan, Vietnam’s Minh Tu Nguyen and Malaysia’s Shikin Gomez.

“I want to compete with strong models, you only have a pretty face but no skills,” said Tan, while Nguyen mocked Wroblewitz, saying that she was “not her level.”

But Wroblewitz fired back at them during a photo shoot aired on Wednesday’s episode, where models are tasked to channel their Female Fatale look for a daring pictorial. At first, she appeared to be down during the shoot, but with encouraging words from guest photographer Yu Tsai, she eventually bagged the Best Photo in the round.

Swayed by the output of Maureen’s confidence, Tsai lauded, “I was so impressed by you. Your face came laser-focused. At one point I didn’t say anything, I just had to shut up. You have what it takes to be an amazing, amazing model.”

Wroblewitz stays in the top 5 of the competition. The two other Filipino contestants, Jennica Sanchez and Anjelica Santillan, were booted out from the show. A Filipina model is yet to win “Asia’s Next Top Model.”  Gianna Francesca Catolico /ra

Will a Filipina finally win ‘Asia’s Next Top Model’?