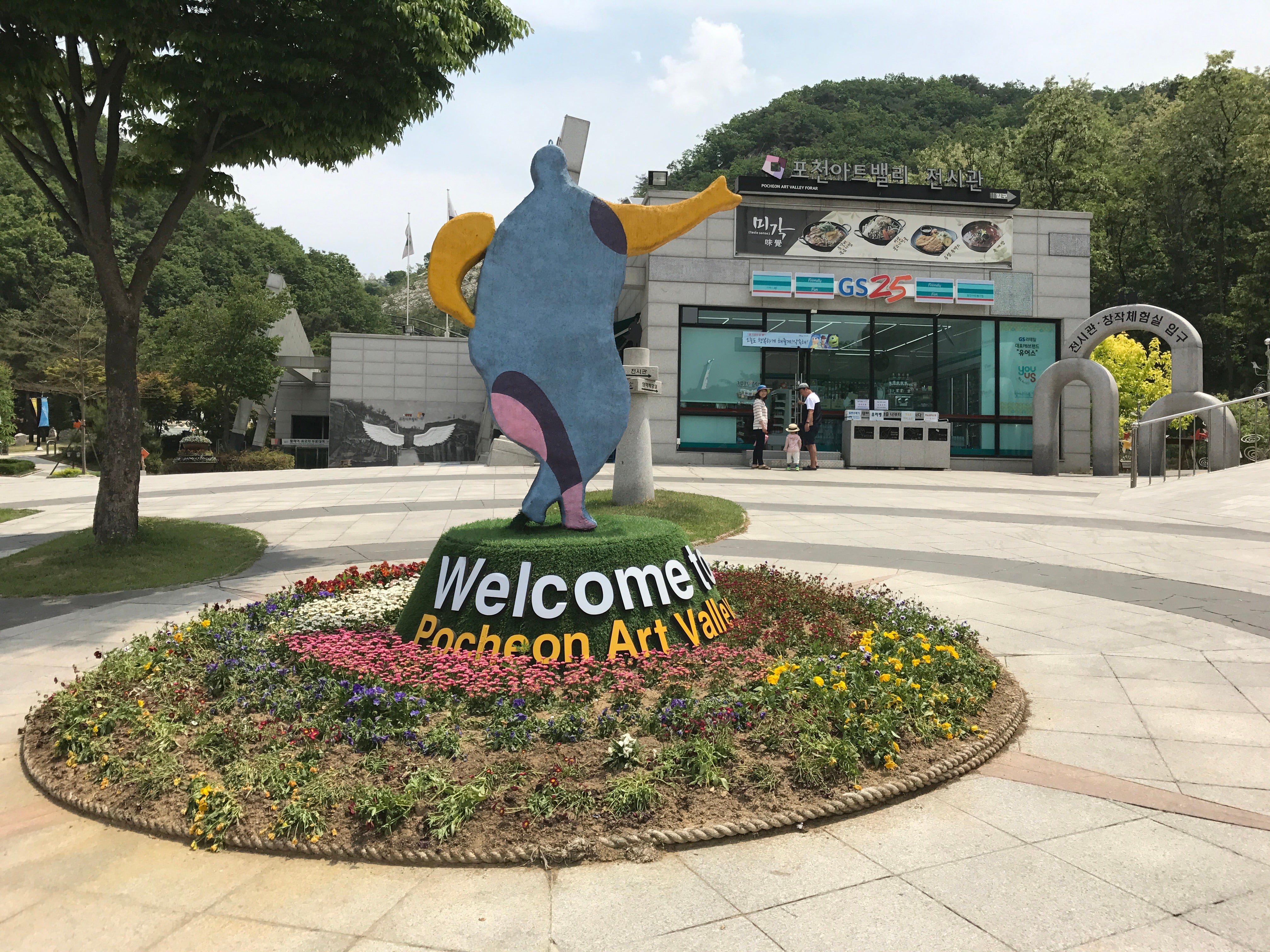 If you’re a fan of Korean heartthrob Lee Min Ho, you should not miss the lake at the Pocheon Art Valley in South Korea where some scenes of Korean drama series “The Legend of the Blue Sea,” which he starred in, were shot.

Cheonjuho lake, which is one of the main attractions of the Pocheon Art Valley, has been the shooting location of Korean dramas like “The Legend of the Blue Sea” and “Moon Lovers: Scarlet Heart Ryeo.”

Like Sansawon, a museum of artifacts about the Korean traditional liquor, the art valley was also located Pocheon City in the province of Gyeonggi-do, South Korea. From Sansawon, foreign journalists invited by the Korea Tourism Organization (KTO) for a five-day familiarization tour went straight to the Pocheon Art Valley.

The art valley was used to be a granite quarry, which was closed down and abandoned in the middle of 1990s, said our tour guide, Ginny Yang.

In the past, Yang said, locally quarried granites were used to build major buildings in South Korea, including the Incheon International Airport.

“After this mine was closed, they transformed the closed mine into the new art valley,” she said.

In 2009, the former quarry site was opened as an eco-friendly culture and art park where you can see the Cheonjuho lake, an education exhibition center, outdoor performances and exhibitions, the Astronomical Observatory, Sculpture Park, among others.

To get a full view of the valley, the visiting journalists rode a monorail for five minutes. Yang said the mono rail ride costs 4,500 Korean won, which visitors have to pay aside from the entrance fee of 5,000 won.

But because of time constraints, we were only able to experience the Planetarium at the Astronomical Observatory and enjoyed the view at the Cheonjuho lake.

While one can take photos and videos of the lake, an English brochure specifically reminds visitors that “Entering is prohibited for the sake of protection and safety.”

The brochure also shows other attractions in the art valley such as a Wishing Sky Park in the area where visitors can write their wishes on paper, and playgrounds for children.

At lunch time, Yang brought the journalists to what she said is one of the famous restaurants in Pocheon City where you eat Korean style. Meaning, you have to remove your shoes so you can sit on the floor while eating.

The visitors were served different Korean side dishes and vegetables and were taught how to mix them with rice and eat properly.

From Pocheon City, we traveled back to Seoul for a K-food cooking class at the Cheongjungwon Cooking Studio where we were taught how to cook bibimbap and seafood pancake. There was a catch though: At the end of the cooking class, we had to eat the food that we cooked for our dinner.

The whole day tour on May 21, which started at Sansawon, ended at the SM [email protected] in Gangnam area in Seoul. Yang said Gangnam area is often compared to cities like the Beverly Hills in California.

For two and half hours, we experienced the surround viewing of the Korean boy group EXO’s concert shown in three huge screens.

Also inside the SM Town building are a hologram theater, an event hall, and a celebrity shop, among others. JE