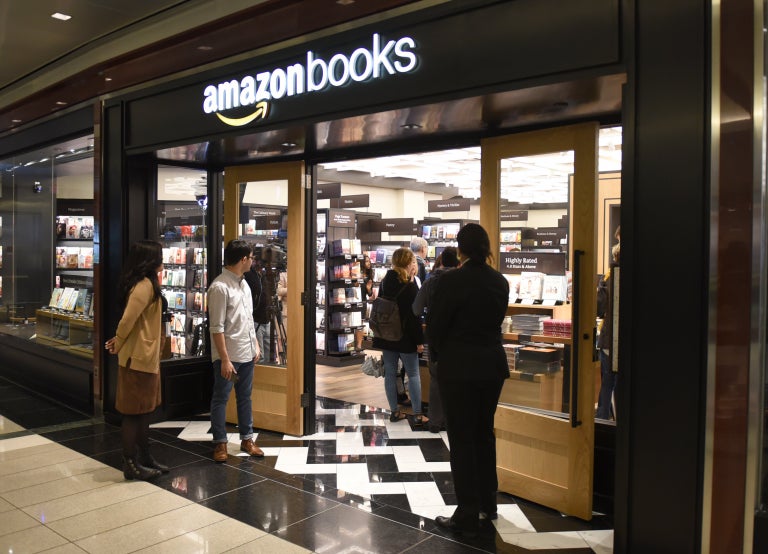 Online retail giant Amazon on Thursday opened its first brick and mortar bookstore in New York, selling a limited range of its highest-rated books and letting customers browse products as in times gone by.

Amazon, which launched as an online bookseller in 1995 but which now sells everything from designer clothes to groceries, bided its time before venturing into the cultural capital of the United States. It launched brick and mortar bookstores in six other cities first, starting in its hometown Seattle in 2015.

“You don’t run a marathon before you run a 5K,” said Jennifer Cast, vice president of Amazon Books. “We wanted some time to learn and we also really wanted the right spot.”

The New York store, a modest 370 square meters (3,983 square feet) compared to the multi-storey premises of rival Barnes and Noble, occupies a prime spot at Columbus Circle opposite Central Park.

The offerings are limited to just 3,000 titles, none of which have received fewer than four out of five stars by Amazon’s online customers, who are invited to post their own reviews on the website.

There is also a “Page Turners” section dedicated to books that, according to Amazon data, customers have devoured in three days or less, and another to preferences of customers in the New York area.

Some of the store’s first customers welcomed the arrival of a new book store in a city where many book vendors have been forced to close down in recent years.

“It’s just really exciting… that’s so unusual,” says freelance writer and mom of two Jennifer Rok. “I always buy books online, so I don’t know how frequently I will buy here as opposed to on the internet, but I missed just browsing.”

For Jannicke Remme, a researcher and tourist from Norway, it was a chance to browse a brick and mortar Amazon store not yet available in Europe. But she was less enthusiastic about the selection.

“You only see the bestsellers here, which means everybody is reading the same. That is not always nice,” Remme noted.

Amazon plans to open 13 more brick and mortar bookstores in the U.S. before the end of the year, including a second one in New York, due to open this summer. JB