Mary Magdalene was not a prostitute | Inquirer Lifestyle ❮ ❯ 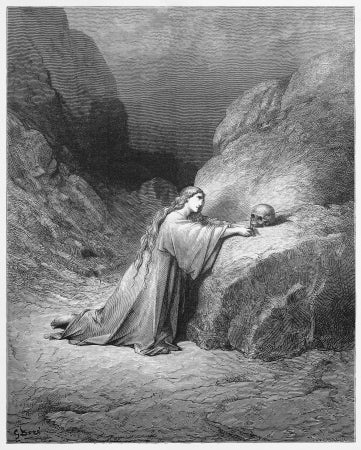 Mary Magdalene was not a prostitute

I was shocked upon reading Asuncion David Maramba’s article, “Closing the gap between priest and people” in the May 26 issue of the Inquirer, in which she mentioned that a Catholic priest, during a TV Mass, described Mary Magdalene as “a prostitute, possessed by the devil.”

Maramba asked, “This fabrication is still being peddled?” In disgust, she “called a former student priest and vented.” Good for her!

I also couldn’t believe that up to this time, some Catholic priests still do not know that there is no truth to the rumor that Magdalene was a penitent prostitute. There is absolutely no biblical basis for this belief, as any knowledgeable Biblical scholar or theologian worth his salt knows.

So, how did this rumor of Magdalene being a prostitute start?

In the fascinating and thought-provoking book, “Mary Magdalene, Christianity’s Hidden Goddess” by Lynn Picknett, Magdalene’s identification as a prostitute stems from Pope Gregory I’s Homily 33 delivered in 591 CE in which he declared:

“She whom Luke calls the sinful woman, whom John calls Mary, we believe to be Mary from whom seven devils were ejected according to Mark. And what did these seven devils signify, if not all the vices? … It is clear, brothers, that the woman previously used the unguent to perfume her flesh in forbidden acts.”

Picknett wrote that Pope Gregory I has confused the three women in the Bible— Mary Magdalene, Mary of Bethany (Lazarus’ sister) and the unnamed sinner who anoints Jesus in Luke’s Gospel—to be one and the same person.

The Catholic Church, from the very beginning, had marginalized and even demonized the image of Magdalene, despite Jesus Christ’s high regard for her. She was the first witness of His Resurrection and was considered “a woman who knows all.”

After the Resurrection, according to the Gnostic gospels found in Nag Hammadi, Upper Egypt, Christ gave Magdalene secret teachings which she then shared with the rest of the apostles.

Very few Catholics in this country know that Pope Gregory I’s homily calling Magdalene a prostitute was admitted by the Vatican to be an error.

Said Picknett: “Only in 1969 did the Catholic Church officially repeal Gregory’s labeling of Mary as a whore, thereby admitting their error, though the image of Mary Magdalene as a penitent whore has remained in the public teachings of all Christian denominations. Like a small erratum buried in the back pages of a newspaper, the Church correction goes unnoticed, while the initial and incorrect article continues to influence readers.”

This, despite the fact that the same Catholic Church has declared her a saint.

It must be pointed out that the Canonical gospels have been subjected to much editing, censorship and mistranslations. Anything that does not conform to official Church teachings has been expunged or glossed over.

That’s why I consider the lost Gnostic gospels’ texts found in Egypt in 1945 to be more authentic and reliable.

Mary Magdalene will continue to be marginalized by the patriarchal and misogynistic Catholic Church. But there is a growing movement to rescue her from centuries of an unfair and untenable teaching.