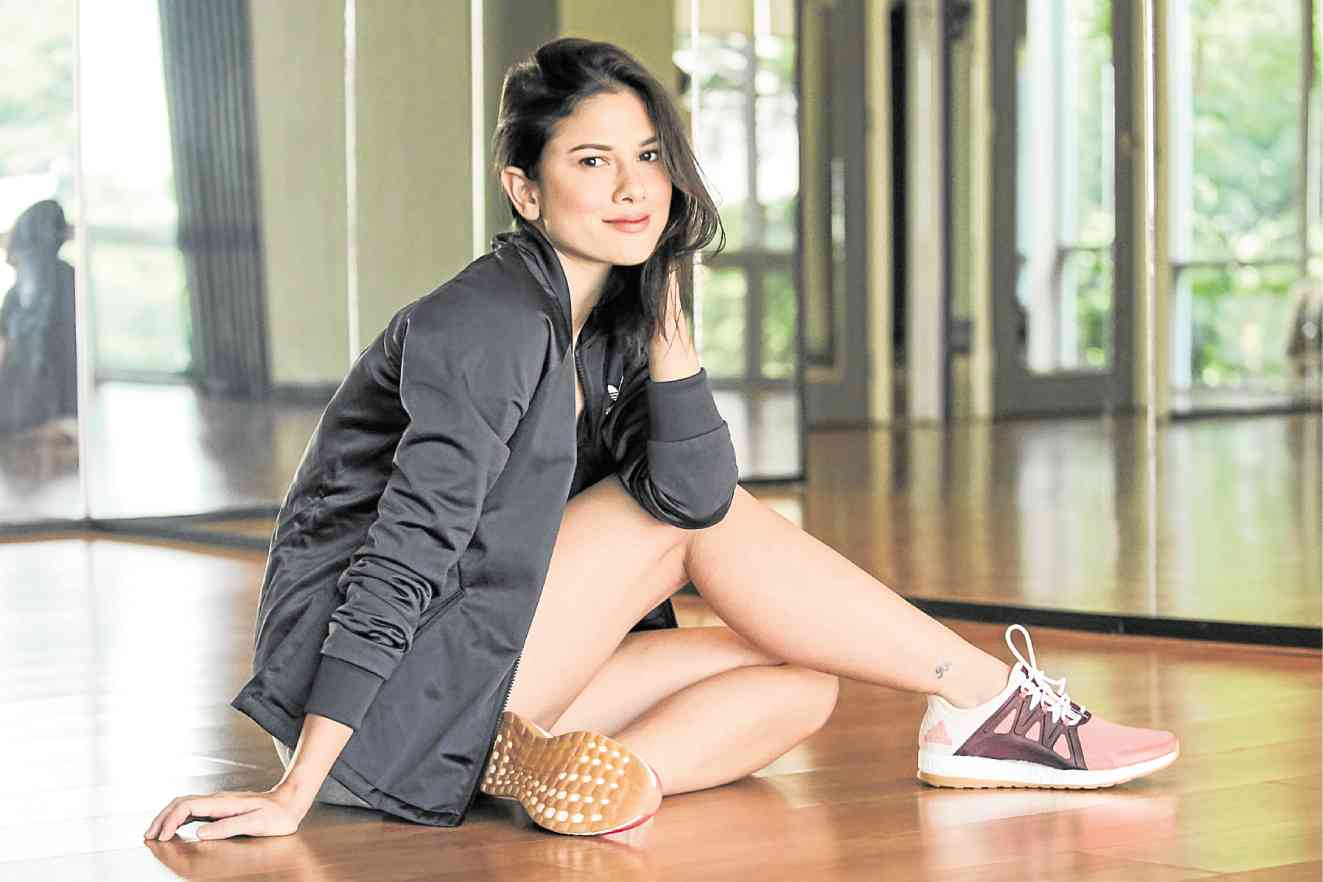 “I have the heart of a yoga teacher but now is not the right time.” —OUTFIT BY ADIDAS FROM THE ATHLETE’S FOOT

Bianca King: Practicing mindfulness as a way of life

Bianca King looks younger in real life. At 31, the actress/model/entrepreneur appears to be no more than 25 years old. It helps, of course, that she has weekly sessions with one of the most sought after dermatologists in the country, Dr. Aivee Teo. The real reason for her clear skin is simple: She takes care of herself.

King eats healthy on most days (but allows herself pizza, cheeseburger or ice cream once in a while) and keeps an active lifestyle.

“I was an active kid. I swam a lot, climbed trees, rollerbladed, wakeboarded. I’m an advanced open-water diver—I just like being active.”

With her comeback TV show on ABS-CBN, “Pusong Ligaw,” King is once again juggling meetings, interviews, pictorials, shooting schedules and running her businesses (she co-owns health/wellness outfits, Beyond Yoga in Rockwell and Runner’s Kitchen).

What keeps her centered after a long day? Yoga and the art of mindfulness.

She discovered yoga at 18, when she attended a hatha yoga class at Gold’s Gym. Two years later, she joined a Bikram yoga class along with her good friend Raymond Gutierrez. But it was not until she joined a vinyasa class that she got hooked on yoga.

“It was the practice that I loved the most. I’ve been doing yoga for 13 years collectively, but doing it religiously for about 10,” King said.

At the core of yoga practice, she said, was mindfulness. Yoga, after all, is not only the practice of the mind; it’s mind and body connection, and at the heart of that is mindfulness.

“It’s about engaging all your senses to be fully aware of the present moment, from the mundane to the more complex,” she said.

If people are more mindful of themselves, King continued, of what they do and what they consume, then it really helps change the world because the change comes from within.

“When you’re mindful of yourself, your self-awareness becomes a tool for making your relationships better, for doing things with greater purpose, and not just floating through life doing something when your mind is somewhere else.”

King has been practicing mindfulness as a way of living for two years now, since she was first introduced to meditation. “People often associate meditation with Hinduism or Buddhism, but it’s not a religious practice at all. It’s a mental calm,” she said.

She said that through mindfulness, she learned to focus more as an actor.

“I’m kinder and less judgmental of myself and others. You train your mind to stop overthinking, you train yourself to be selective of your thoughts. You learn to let go of thoughts that are not worth dwelling on,” she said.

Growing up in front of the camera, King used to be her toughest critic—especially when it came to her physical appearance.
She said it made her feel very self-conscious and very insecure with just about everything. Her body shape, skin and hair quality became the most important things in her life.

“Now that I practice mindfulness, I’m more forgiving of myself. I don’t have to kill myself working out. I don’t have to suffer by always being on a restrictive diet. I know how to enjoy my life now,” she said.

King eats whole foods as much as possible. She tries not to eat processed food and eats vegetables with every meal.

“In order for me to keep looking the way I look, I have to nourish myself with food that is good for me. That was my mindset since I was very young. I don’t know where I got it from, but I do remember when I was young I was not allowed to leave the table until I finished eating my vegetables,” she said.

At 18, she learned how to make her own salad and bring it to work with her.

When she was in her 20s, her father and grandmother got sick, both food-related illnesses, she said. Her grandmother passed away from cancer, while her father survived a quadruple heart bypass surgery.

“He had hypertension, heart problems, diabetes—everything, you name it. It’s really because of the food choices he made. The real cost is not the hospital bill but the loved ones around you who suffer as well,” she said.

Has being mindful made her less vain?

“I’m still pretty vain but internally I don’t kill myself over it anymore. I still go to the Aivee Clinic almost every week because I have cellulite so I need help sometimes, or have facials that I never really used to have.
“I’m already at that age that if I don’t take care of myself, it will show,” she said.