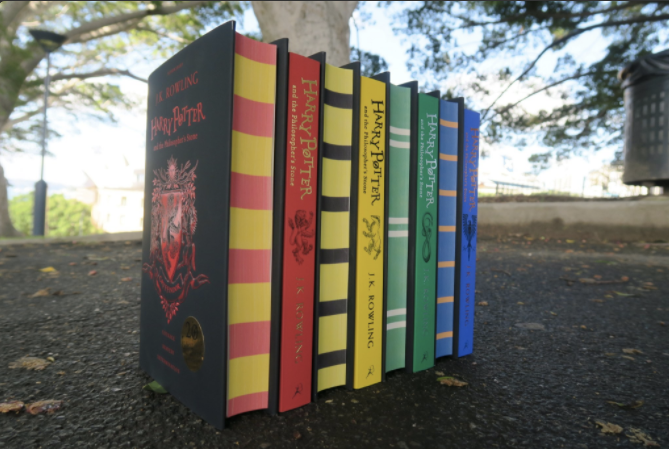 One more day! The stunning House Editions of HARRY POTTER AND THE PHILOSOPHER’S STONE are officially published tomorrow! #HarryPotter20 pic.twitter.com/JlOZXh5B3v

J.K. Rowling’s Harry Potter series may have been around for sometime, but Bloomsbury Publishing has found a fresh way to keep fans engaged in its collection of books.

In commemoration of the 20th anniversary of the first novel “Harry Potter and the Philosopher’s Stone,” the UK-based publishing company has released a new colorway of books inspired by Hogwarts house colors.

The House Editions of HARRY POTTER AND THE PHILOSOPHER’S STONE are out on Thursday! Hands up if you’ve preordered #Gryffindor #HarryPotter20 pic.twitter.com/V3E8Bae3wR

Starting May 31, “Potterheads” in the UK can grab a copy of the limited-edition book or place a pre-order request.