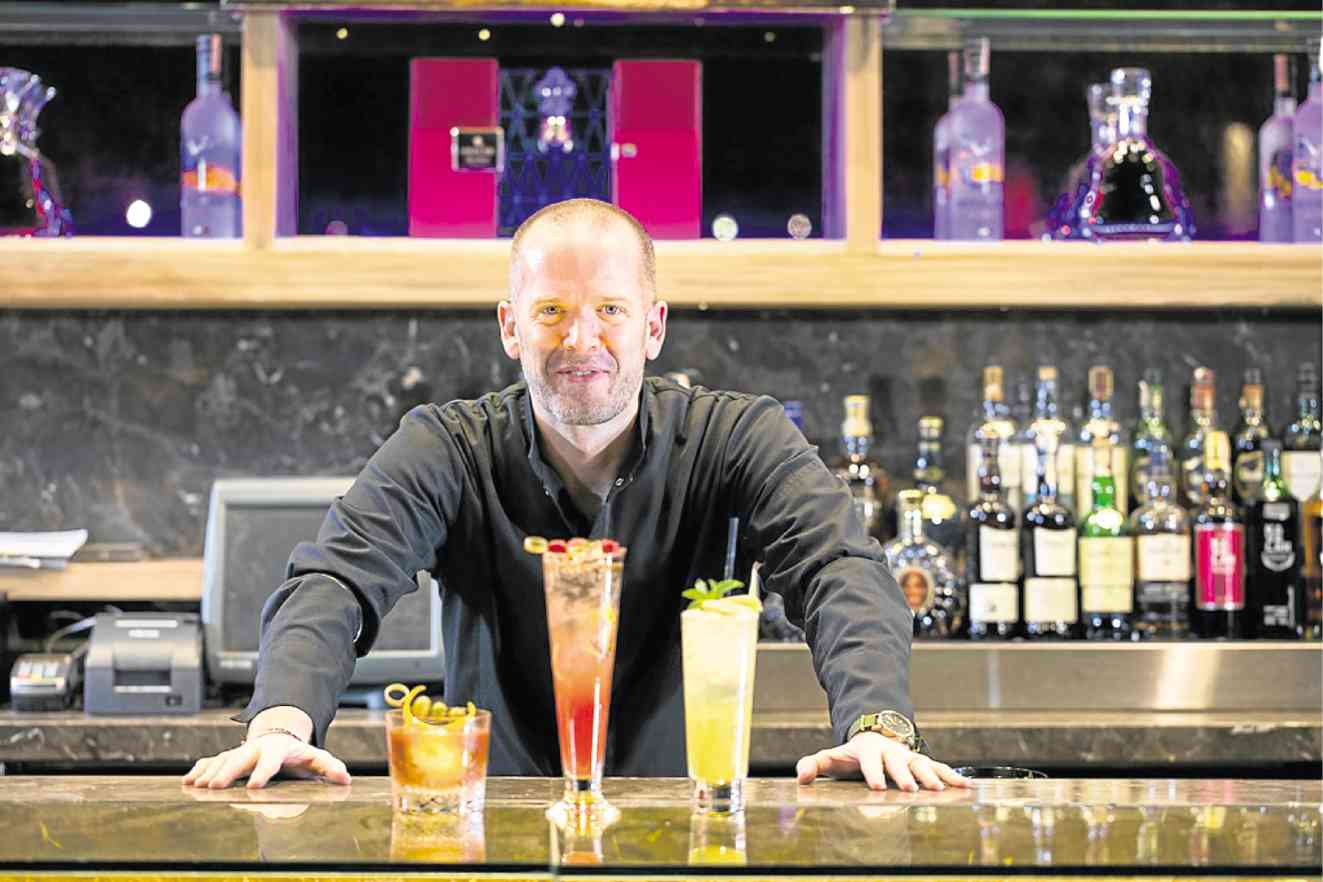 The bar stool felt like someone had shoved it while we were mid-sip on our fifth drink at Crown Towers’ Crystal Lounge late last week. The hotel was holding a one-night only master class with British bartender Sam Jeveons.

In a career spanning 15 years, Jeveons rose from the ranks to become general manager and beverage director at prestigious hotels, members clubs and bars in London and Hong Kong. He founded Old Street Group, Bar & Brand Specialists, and was responsible for the cocktail menu at City of Dreams Manila when it first opened two years ago.

One by one, he introduced the drinks that were served in an assortment of crystal glasses—chilled and garnished with sliced citrus or tart berries.

The smooth and fruity Crystal Daiquiri, made with a “secret recipe of rare and tropical rums,” came in a tall glass with a wide brim, the better to peer over.

Blood and Sand was a mixture of Jameson Irish Whisky, Mancino Rosso Vermouth, Cherry Heering and Laphroaig Islay Mist. Floating on top was a slice of blood orange that smelled like Christmas, and was our favorite that evening.

To fortify the spirits of the resort’s casino habitués, Jeveons has come up with Player’s Negroni made with gin, Mancino Rosso and Secco Vermouth, Cherry Heering, Aperol and Campari. A jolt of caffeine came from the two crushed coffee beans that went into each order.

“I know that in this town, there are few stimulants one can legally ingest,” he said with a wink.

Jeveons then shared a few tips on mixing cocktails. Unlike in the past when bartenders made a big to-do with the cocktail shakers, all mixing is now confined to the wrist.

He then proceeded to swish the fourth cocktail dubbed Dealer’s Choice, a refreshing take on the mojito, in an oversized brandy snifter half filled with ice. The rum and the mint were still there but this time he used Havana Club Rum, Aperol, blood orange, lime and champagne.

“The sound of ice tinkling in a glass is a wonderful sound,” Jeveons said as he gently swirled. “Ice for a bartender is like flame for a chef.”

His fifth cocktail creation—and the one we were sipping when it felt like our seat was about to be pulled out from under us—was Queen of Diamonds. The “layered” cocktail is made with vodka, chamborb, Creme de Fraise, lemon and champagne. It was garnished rather festively with a raspberry, half a strawberry and a blueberry.

“It’s a fun punch perfect for those who are celebrating,” he said.

That chair-pushing incident we experienced? It was a magnitude 5.4 earthquake with the epicenter in Zambales, and which lasted around eight seconds.