50 years of Rep: Let Menchu Lauchengco-Yulo and a galaxy of theater stars be your guide | Lifestyle.INQ ❮ ❯ 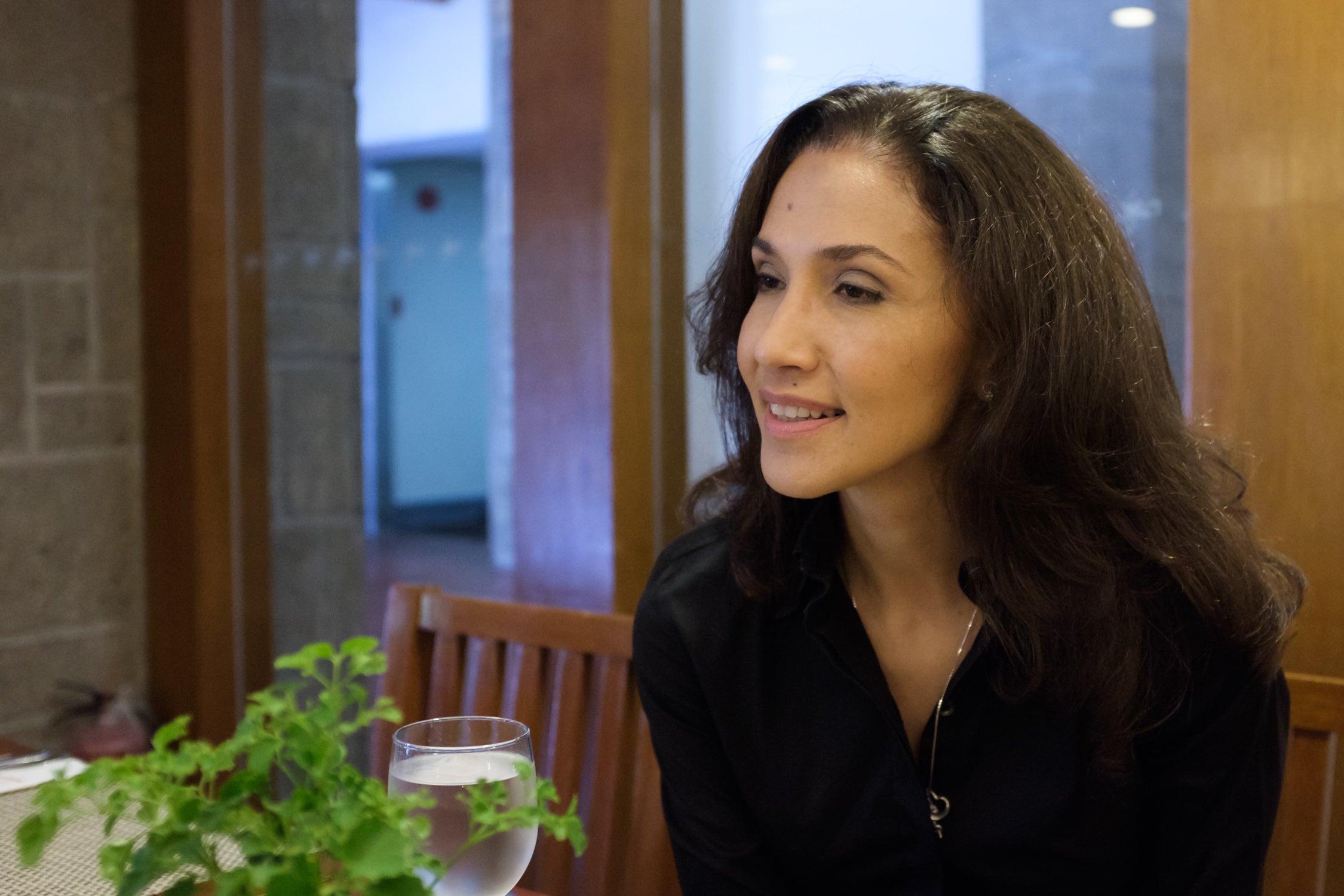 Menchu Lauchengco-Yulo: “The trunk is Rep, and you can see everything that has come from it.”--PHOTOS BY ALEXIS CORPUZ

50 years of Rep: Let Menchu Lauchengco-Yulo and a galaxy of theater stars be your guide

Expect the biggest, grandest and most star-studded production of Repertory Philippines when its actors, management, crew and alumni celebrate the company’s 50th anniversary on June 11, Saturday, at The Theater at Solaire.

Each segment pays tribute to a specific period in Rep’s history. Del Mundo’s, for example, will be a salute to Repertory’s founders (“the first people who acted in Rep”), while Faustmann will “highlight the tradition that Rep has gone through.”

Santos’ production illustrates the challenges faced by the theater crew. Gemora dramatizes the “triple threat” rigors of the “sing-dance-act” through songs from “A Chorus Line,” “West Side Story,” “Camp Rock” and the like.

Williams “does the divas,” or what Yulo describes as “a whole portion of biriteras that show banat or vocal powers.” Lauchengco’s number honors the lighting, costume and set designers, while Yulo will take a look at Rep’s future through talents now being nurtured in the company’s Children’s Theater.

Behind the scenes are more of the company’s outstanding alumni. Bart Guingona is the overall director, Luna Inocian writes the script, and Dennis Marasigan is technical director.

“Everybody in the program has had something to do with Rep. It’s really a come-together of all alumni for one night,” says Yulo in an exclusive interview.

Rep, as the theater company is fondly called by patrons, fellow artists and enthusiasts, was founded in March 1967 by a motley group led by the late stage director and actress Zenaida “Bibot” Amador, Carmen “Baby” Barredo, Leo Martinez, Tony and Monina Mercado and Buddy Paez. The troupe performed “Who’s Afraid of Virginia Woolf?” before an audience of 16 persons.

More than 440 productions later, Rep now boasts hundreds of alumni, many of whom are either performing in stage productions overseas or are busy tending to their own local theater companies.

Yulo notes it is very common to hear “Ay, Rep pala siya nag-umpisa,” when people talk about Rep veterans now performing in other venues or with other theater groups.

The classic example is Lea Salonga, who started out in Rep until the rest of the world discovered her as Kim in “Miss Saigon.” (Salonga’s previous commitments prevent her from joining the June 11 production.)

Yulo herself grew up surrounded by Rep people. During her audition at age 15 for “The King and I” in 1977, she remembers singing “a really stupid pop song.” Younger brother Raymond was already a choir member at 12 and easily bagged the role of Anna Leonowens’ son.

“Raymond blames me for his career,” the elder sister mock-complains.

On “The King and I’s” opening night, Yulo recounts looking out for Raymond but being entranced as Becca Godinez sang “My Lord and Master.”

“It was such a cliché,” Yulo says. “When I saw Becca and Baby Barredo perform, I said, ‘That’s what I wanna do.’”

The following year, Yulo auditioned for “Fiddler on the Roof” and got in, put away her varsity volleyball uniform and embarked on a theater career.

“I attribute what I am today to Rep. They saw something in me that I didn’t. I was happy in the chorus. They plucked me out and put me in a lead role and I was terrified,” she says. That was for “The Sound of Music” during her sophomore year in Rep. She wanted to play Louisa, but Amador decided she should be Liesl, the one who sings the iconic number “Sixteen Going on Seventeen.”

Forty years later, Yulo was part of the team that scouted for Rep alumni the world over and invited them to come home and celebrate the company’s golden anniversary.

She adds that Rep has so thoroughly established its roots on Philippine theater that actors who have been trained in the company “bring the Rep style” with them even when they join other companies.

“You can tell [who is] a Rep actor. It’s a certain style of performance. It’s always bigay, full out. Bibot always demanded all-out. Not to say that other companies don’t do that, but there is a specific style to the training of a Rep actor,” she says.

Yulo’s latest achievement is winning the Outstanding Featured Actress in a Musical award at the Gawad Buhay, the Philstage awards for the performing arts, for her role as Miss Hannigan in Resorts World Manila’s “Annie” last year.

“In the past, people thought theater was only for the elite, but not anymore,” she says. “Just seeing all these theater companies that have come out, you can tell there is a flourishing industry in the Philippines. Zenaida Amador’s original vision was to create a viable means of support in the theater, and she has achieved that because theater actors can now live off the theater, whereas before they couldn’t. [Actors] had day jobs and kaunti lang ang production houses noon. [Mainly] it was Rep and Peta.”

“Important is how the history of a company like Rep has influenced theater today,” says Yulo. “Like a tree and all its branches, the trunk is Rep, and you can see everything that has come from it. Parang nanganak talaga siya—all the talent that has come from Rep.

“Sometimes, as a child grows up, they leave home to venture into other things,” she adds. “People just go on to other things, but my heart will always be with Rep. Nobody ever leaves Rep.”