Why, 4 decades on, Tonyboy Cojuangco continues to be ‘a good soul’ to Filipino theater | Inquirer Lifestyle ❮ ❯ 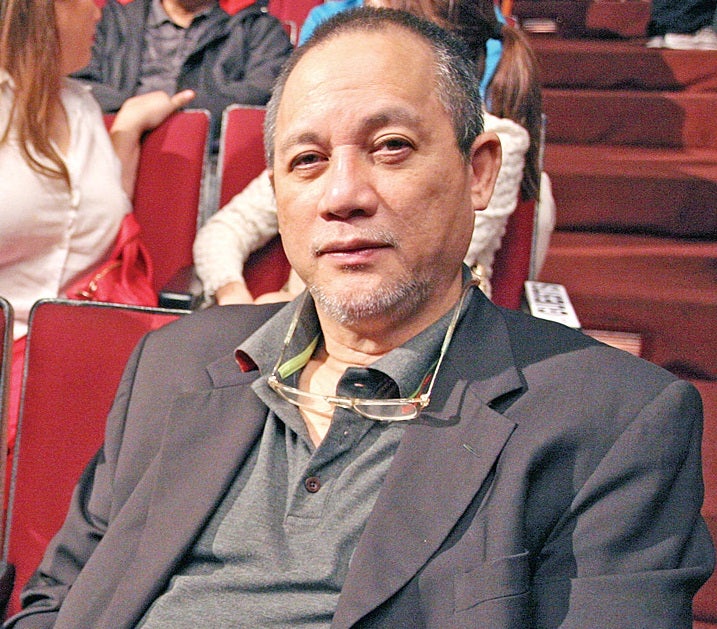 Tonyboy Cojuangco: “I believe in the performing arts.” —FILE PHOTO

Why, 4 decades on, Tonyboy Cojuangco continues to be ‘a good soul’ to Filipino theater

Never ever ask tycoon and art patron Tonyboy Cojuangco about his favorite plays or musicals. He won’t give any answer.

“No, I don’t want to do that. I don’t want to be branded, or parang dito lang. I watch anything that’s nice, any form. I watch plays the same way I love watching movies, bands. I play in a band. I don’t care what platform—as long as it’s good, I’ll do it,” he said.

We caught up with him after he gave a short speech at the launch of TP’s 31st season and “Rustique Readings” at the newly revived Rustique Kitchen by chef Bruce Lim.

“Rustique Readings” was organized by Cojuangco to promote TP productions. The idea is for the TP Actors’ Company and guest artists to hold staged readings of past and current TP plays. Audience members are encouraged to give feedback to help the writer and director make improvements. There’s also a plan to host special jams, poetry, orchestra and dance sessions.

How did Cojuangco come to love Filipino theater?

“I’ve read a lot of plays since I was young. Most of us who’ve been under the Ateneo education, from grade school to college
—we were assigned to read, to study plays,” he said. They were also assigned to learn some subjects, like philosophy, in Filipino.

Among the teachers who’ve had a deep impact on him was Rolando Tinio, the late poet-playwright-translator-actor who would become National Artist for Theater and Literature. Tinio was renowned for translating plays by Miller, Shakespeare and other world dramatists into Filipino.

“When Rolando became part of CCP (Cultural Center of the Philippines), he came to me for help. I didn’t hesitate. I believed in his love for theater. His objective was to bring plays to the common people who are not familiar with plays in English. That’s why he called his group Teatro Pilipino.”

Tinio founded Teatro Pilipino, the resident drama theater company of the CCP, in 1976, and headed it as artistic director until 1987.

“They would rather stage a play in Filipino because they wanted the people to know what’s going on… Rolando was a good English teacher but he encouraged us to study in Filipino. We were pushed to write in Filipino,” Cojuangco recalled.

His support continued when Tanghalang Pilipino was established in mid-1987 as CCP’s new resident theater company, this time headed by artistic director Nonon Padilla. “Nonon was my classmate at Ateneo since grade school. So we shared the same passion,” he said.

It’s been more than four decades, and Cojuangco continues to generously support Filipino theater, especially TP, now under artistic director Fernando Josef. It’s not uncommon for theater people to see the unassuming tycoon in polo shirt and jeans in a dimly lit corner of Tanghalang Huseng Batute or in the farthest seats of Tanghalang Aurelio Tolentino. He is seldom at the front row where VIPs are usually seated.

“Tonyboy is a simple man and has a good soul. He does not ask us for anything in return,” said Josef. “He takes care of the salaries of all the TP regular employees, including the honoraria and housing of the Actors’ Company, totaling about P4 million a year,” Josef revealed.

Closer to the people

Cojuangco shares the belief that theater should be brought closer to the people, not only in Metro Manila but in the provinces.

“First of all, CCP is not easily accessible, traffic-wise. Some kids who want to watch plays are not from the AB crowd. So for those who can’t afford to watch plays, you have to bring the plays to them. That’s what we’re trying to do, to bring plays to different places, provinces,” Cojuangco said.

Another plan is to stage plays in regional dialects, not only in Filipino.

“I believe in the performing arts,” he declared. “Kanya kanya ’yan. Kung saan ka masaya, ’yun ang gawin mo. For us, people who love theater, this will continue to be relevant—to make statements about what we feel about the world and about life through plays.” —CONTRIBUTED