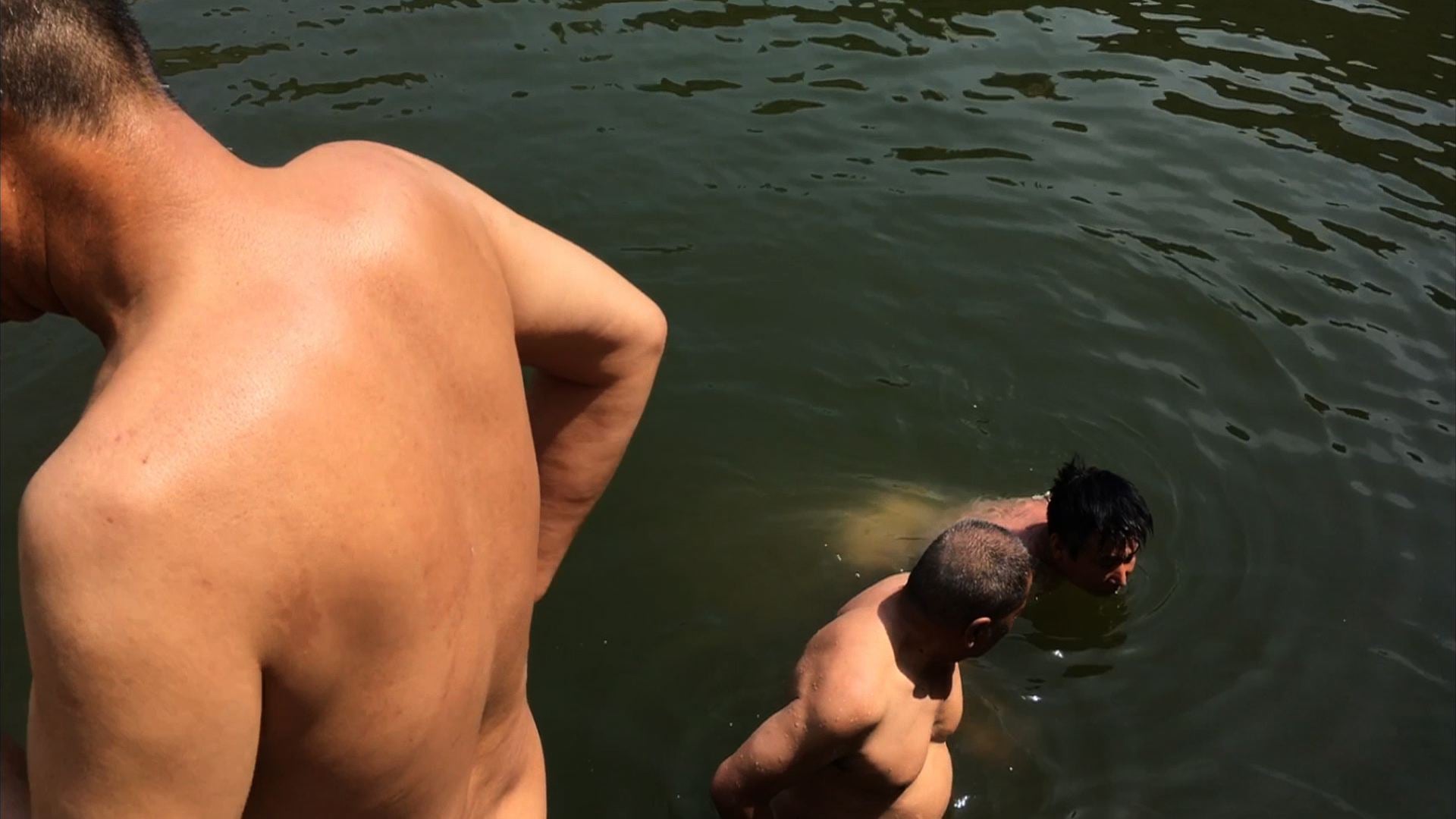 The water might be chilly but dozens of naked men happily relax in an outdoor pool in a Beijing suburb making the most of the sunshine.

“This is a paradise for Chinese nudists,” says 18-year-old Zhen, displaying a tiger tattoo on his chest.

The small pond next to a high-voltage power line and shabby brick building is the only nudist bathing spot near the Chinese capital — and one of few in the entire country.

China has a tradition of modesty — pornography is forbidden, nudity in films is strictly limited and plunging necklines are a rare sight.

Diehard skinny-dippers attract lots of attention and prudish authorities often close down the places where they swim.

But nudists from all walks of life and regions defy social norms to gather near a residential area in the town of Fangshan.

“People have been bathing naked here for 20 years — we don’t pay attention to them anymore,” says an 84-year-old resident. Locals previously lodged complaints with authorities, but it remains a popular nudist spot.

Xiao Li says he comes to the pond to “relieve pressure” from a busy job in the chemicals industry.

“We don’t bother anyone but we obviously have to respect the residents,” he explains as he shampoos his hair.

Behind him tanned men in their 50s smoke and play cards around an old wooden table, making a cheerful racket, while young people jump from a platform into the 16-degree Celsius (60 Fahrenheit) water.

While women are welcome to take a dip with the men, they have not dared. Taboos surrounding female nudity are still very strong, the men explain.

The rudimentary facilities include some plastic chairs, a rusty wire for a clothes line and two red brick shacks, with a sign reading “Bathing Forbidden” written in white chalk.

Under Chinese law, anyone caught “voluntarily exposing their body in a public place” can be placed under administrative detention for up to 10 days.

But “the police are flexible,” says Zhang Zhigang, a lawyer specialising in subcultures.

He adds: “They intervene in busy public places. In isolated areas they usually ask nudists to leave.”

Ha, 80, says he has been swimming naked for 30 years and comes to Fangshan every day.

“Nudism is a culture, the people are civilised. Will it grow? I’m not sure, the mentalities are still backward,” he says.

China has many indoor spas or hot springs where same-sex nudity is allowed, but nudism is taboo.

“Most Chinese judge it to be perverted — they consider it to be like sexual harassment or exhibitionism,” says Fang Gang, a researcher and author of the 2012 book “The Nudists”, the first book published in China on the subject.

The only nudist beach in China opened in 2000 on the tropical island of Hainan in the country’s south, but was closed in 2014 after holidaymakers complained.

“Normal people don’t bathe and sunbathe nude in public,” the then head of the island province Luo Baoming said.

In 2009, authorities put a stop to an outdoor nudist bath near the eastern city of Hangzhou a day before it was due to open.

At the time an online poll by state-run newspaper Global Times showed 60 percent of internet users “accepted” nudism while 57 percent judged the opening of the Hangzhou site as being “completely normal”.

“Nudism is more accepted than before,” says Zheng, 49, who works in marketing and has been nude bathing in Fangshan for the past 10 years. “Even my wife understands me.”

He proudly shows photos of himself sitting naked on a safety barrier next to a freeway or in his apartment, or wearing nothing more than a backpack.

“With other nudists we find on social networks we organise nude hikes around Beijing,” he explains.

Researcher Fang says altering attitudes towards nudism will be difficult in the absence of a federation to represent Chinese nudists’ interests.

“Without a leader, without a central theme, without claims and, more particularly, public recognition of nudism, changing mentalities in China will be difficult.”