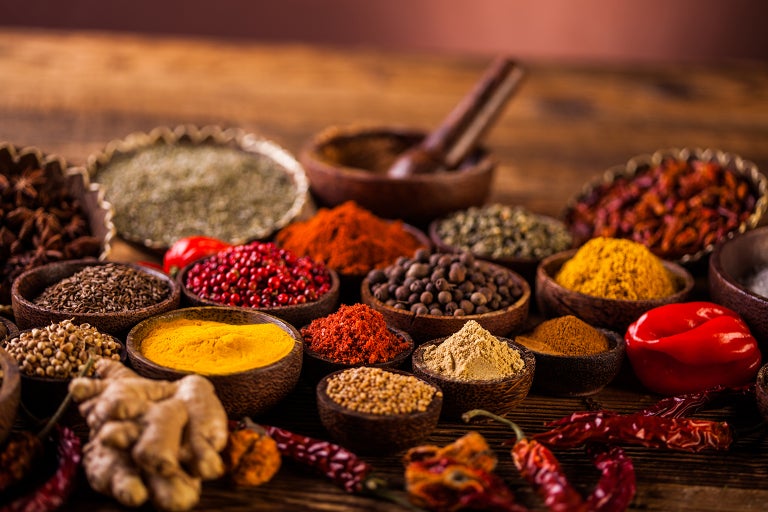 If you don’t like eating vegetables, add herbs and spices, suggests new study

New research has found that adults are more likely to eat vegetables if they are seasoned with herbs and spices.

Carried out by the University of Illinois in the United States, the study looked at the effect of seasoning on vegetable consumption in more than 530 adult men and women, carrying out their study in a cafe setting over a three week period.

Participants who purchased a hot entree in the cafe were offered a vegetable portion, free of charge, with a choice of seasoned or unseasoned. To prevent any potential bias, the unseasoned vegetables were listed on the menu board as “steamed” rather than as “unseasoned.”

One vegetable was offered each day, either broccoli, carrots or green beans, all chosen because they are among frequently consumed vegetables by adults in the U.S.

All participants, whether they took the free vegetable portion or not, were asked to fill in a survey on their eating habits, vegetable preferences and how likely they were to purchasing a vegetable side dish if it were priced at $1.

The team found that most participants reported liking carrots, green beans or broccoli either somewhat or very much whether seasoned or not.

A large majority (84 percent) also said they would be somewhat or very likely to purchase broccoli even if it were priced at $1. Seventy-four percent reported that they would purchase green beans and 64 percent carrots.

The team found that participants who reported seldom eating vegetables at lunch were significantly more likely (1.5 times) to select a seasoned vegetable than an unseasoned one, especially if they were male and under 50 years old.

However it was the opposite for those who regularly ate vegetables at lunch, with these participants preferring the unseasoned option.

Although many public awareness campaigns have tried to encourage Americans to increase their consumption of vegetables, research has found that many still fall short of the recommended daily amounts.

The findings can be found published online in the journal Appetite. JB

Veggies seen to ease May inflation at 3.2%