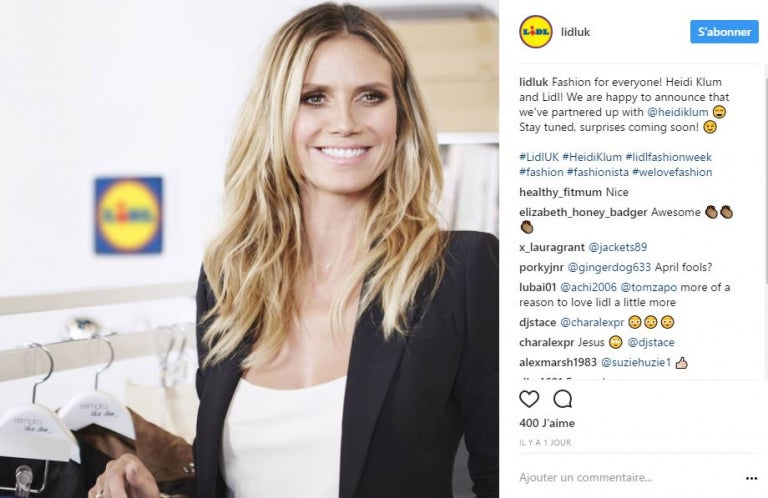 Heidi Klum to launch a clothing line with Lidl

The discount supermarket chain has announced a surprising collaboration with German-American supermodel and actress Heidi Klum, a partnership that already looks destined for success.

This latest fashion collaboration is sure to grab headlines. The world famous model Heidi Klum, who notably presented United States TV show “Project Runway” and is on the jury of TV talent contest “America’s Got Talent”, has teamed up with discount supermarket chain Lidl for a ready-to-wear collection.

Lidl hasn’t yet given much information about this new collaboration, except that it will be a high-end fashion line with affordable prices.

The fruit of the partnership is expected to be revealed by the end of 2017 and U.S. consumers will be able to get their hands on it as it will be sold in the German chain’s U.S. stores, which will start opening this summer, according to CNBC.

This isn’t the first fashion collab for Heidi Klum, who found fame as a model and enjoyed a successful catwalk career. The supermodel has previously designed a footwear line for Birkenstock and a jewelry collection for Mouawad. JB