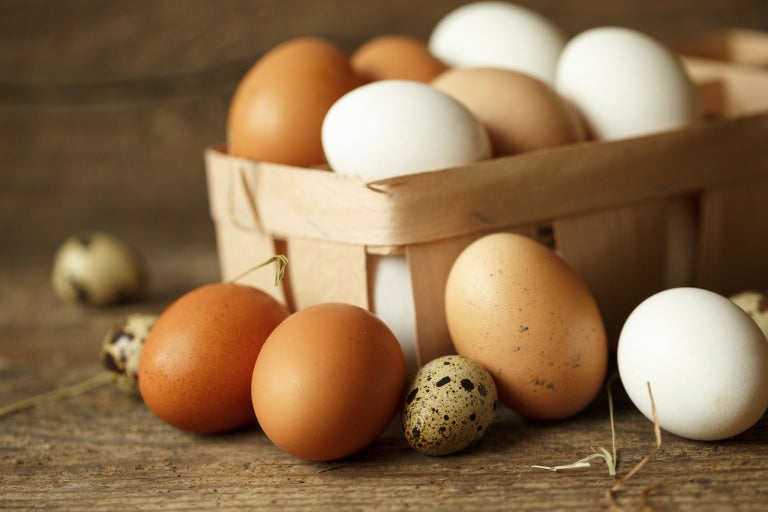 A new study has found that eating just one egg a day is associated with increased growth in young children.

Carried out by Lora Iannotti, a leading expert on child nutrition at the Brown School at Washington University in St. Louis, the randomized, controlled trial looked at 163 children aged 6 to 9 months in Ecuador.

Eighty children were randomly assigned to be given one egg per day for 6 months, with the team visiting households once a week to monitor morbidity symptoms, distribute eggs and monitor egg intakes.

The study also included a control group of 83 children who did not receive eggs.

The team found that eating eggs increased standardized length-for-age score and weight-for-age score, and reduced the prevalence of stunting by 47 percent and being underweight by 74 percent, an effect much greater than found in previous studies.

As well as having a higher dietary intake of eggs, infants in the egg group also had a reduced intake of sugar-sweetened foods compared to the control group.

The study also carefully monitored any allergic reactions to the eggs but found none.

Iannotti commented on the results saying that as a safely packaged, complete food, which is potentially more easily accessible for those in developing countries than other complementary foods, “eggs seem to be a viable option and recommended source of nutrition.”

“Eggs can be affordable and easily accessible,” added Iannotti, “They are also a good source of nutrients for growth and development in young children. Eggs have the potential to contribute to reduced growth stunting around the world.”

Other recent research has also found health benefits of egg consumption, with a variety of recent studies suggesting the importance of getting enough vitamin D in the diet, of which eggs are a good source.

A 2016 study also found that eggs make a more filling breakfast for kids than oatmeal or breakfast cereal, reducing what they ate throughout the day and possibly helping to combat obesity. Researchers from Sweden also found back in a 2016 study that children who eat eggs before 11 months of age have a reduced risk of developing allergies.

The findings of the latest study can be found published online in the journal Pediatrics. JB

If you don’t like eating vegetables, add herbs and spices, suggests new study