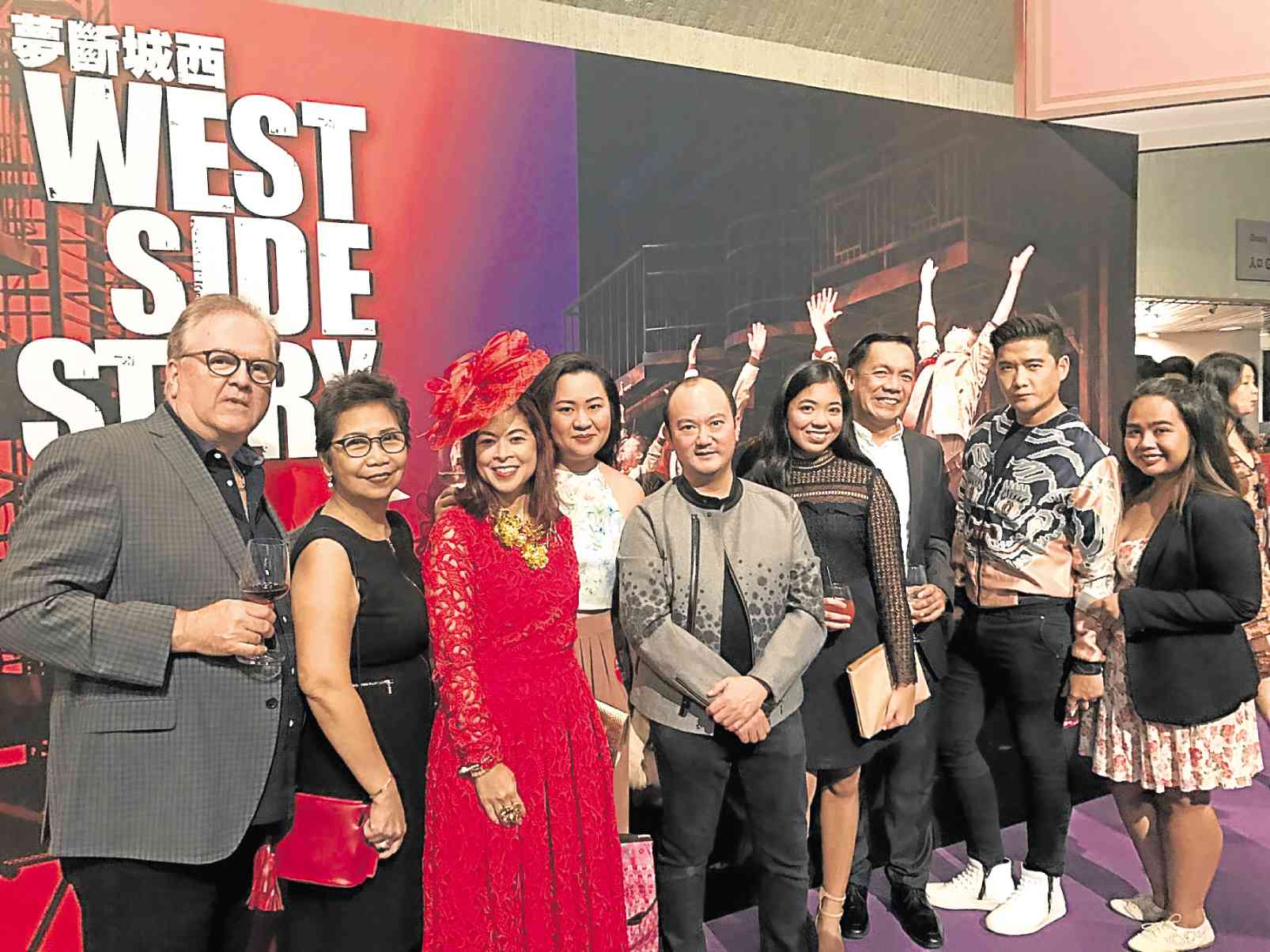 The relevance of ‘Wonder Woman,’ ‘West Side Story’

Believe in love and all will be better! That’s what Wonder Woman concludes when she powerfully defeats her enemy in her new film.

On the invitation of Preen.ph, we watched the exclusive screening of “Wonder Woman” at Century City Mall in Makati. Preen.ph, the lifestyle website for the modern working woman, held the event to celebrate women empowerment. Now, 76 years after Wonder Woman’s comic book debut, we had the opportunity to discover her alter-ego Diana Prince’s origin and how she became a feminism icon.

‘Greatest musical of all time’

Love is also the underlying theme in “West Side Story,” named as “the No. 1 greatest musical of all time” by The Times UK.

Inspired by Shakespeare’s tumultuous love story “Romeo and Juliet,” and set amid the vicious rivalry of teenage gangs in 1950s New York, “West Side Story” changed the face of musical theater forever when it burst onto the Broadway stage in 1957.

Its groundbreaking choreography and unforgettable score are magnificent. This timeless story of Tony and Maria and their fateful love affair remains as relevant as it is today.

I went with a couple of journalists to Hong Kong to catch a gala night of the musical. I’ve seen other productions, but nothing prepared me for what I saw onstage at the Hong Kong Academy of Performing Arts—high-energy dancing, stellar projections and unforgettable singing from an outstanding all-American cast, many of whom came direct from Broadway.

I have seen other productions brought in by Concertus and Lunchbox Theatrical Productions, but “West Side Story” is my new favorite and current obsession. The saccharine Romeo and Juliet storyline was propelled by one dance number after another, each more exciting than the one preceding it.

The actors’ dynamic movements filled up every square inch of the stage, so you understood why the only major set pieces were the moving iconic New York staircases framing the stage.

Kevin Hack was unforgettable as the lovesick Tony—each song he sang sounded like a heartfelt prayer to the Almighty. Thank God I’ve got a “Maria” in my name, because it felt like he was singing to me!

Jenna Burns lent her strong vocals as Maria, a young girl whose first sashay into society brought her to her one true love.

Keely Beirne was a superstar as soon as she walked onstage. Her movements were precise and her vocals strong. Together with her lover and The Sharks leader Waldemar Quiñones-Villanueva, their pairing was pure dynamite and unbridled passion.

Lance Hayes, playing The Jets leader Riff, was another standout. He embodied the swagger of a young, rebellious New Yorker with ease.

The new production was as daring, realistic and relevant today as it was on the day of its premiere.

Jerome Robbins’ original choreography has been recreated by director and choreographer Joey McKneely, former pupil of Robbins himself.

Musical supervisor is the renowned conductor Donald Chan, who studied under “West Side Story” composer Leonard Bernstein himself, and who leads a live orchestra of 20 musicians.

The musical is a must-see, as it comes to Manila for a limited run. It premieres at The Theatre at Solaire on Aug. 10.

Together with Samsung Philippines, I hosted an intimate event for friends and media to showcase the new TV’s revolutionary design and how it transforms the living space of tomorrow.

The new QLED TV gives me a refreshing way to execute my home design ideas without limitations. It offers prestigious craftsmanship, with a modern and sleek all-metal design that fits perfectly in any setting.

The Boundless 360° Design concept boasts a clean aesthetic with a slim body and a nearly there bezel. This creates a great combination of simplicity and adaptability that allows for Samsung QLED TV’s seamless and natural blending with my own signature home design.

With its do-it-yourself, no-gap wall mount, we showcased an effortlessly and neatly installed Samsung QLED TV flush against the wall, claiming to be the star of the room.

Guests started guessing where the wires and other peripheral devices went, until I showed the Invisible Connection. This groundbreaking technology eliminates the clunky and tangled wires of the past with one single optical cable connecting all devices through the One Connect Box, allowing you to place devices farther away so you can use the space for your decor.

The new Samsung QLED TV debunks the idea that a TV should be stationary and stuck in one place. It features different mounting accessories for those who prefer a bit more choice with their TV’s location.

The Gravity Stand makes the TV appear to float over its base. Its swivel function enables one to adjust its angle up to 70 degrees. With this feature, consumers can have their TV face them wherever they choose to view it, allowing users to watch their TV from any direction.

The Studio Stand, on the other hand, holds the TV like a canvas on an easel. As a frequent party hostess, I find it convenient using this stand which allows me to move the TV easier, depending on my new design idea, while maintaining its stunning look. It also enhances your decor as it blends perfectly with any living space.

These advancements bring consumers the freedom and flexibility to own their personal spaces in every way possible. Samsung marketing director Chad Sotelo said that, at Samsung, they take pride in the QLED TV’s design that shows their commitment in providing the best innovative solutions that enable their consumers to proudly display their own unique style and flair in their living spaces.

Get to know more about the 2017 Samsung QLED TV lineup by visiting the Samsung Facebook page or samsung.com/ph.