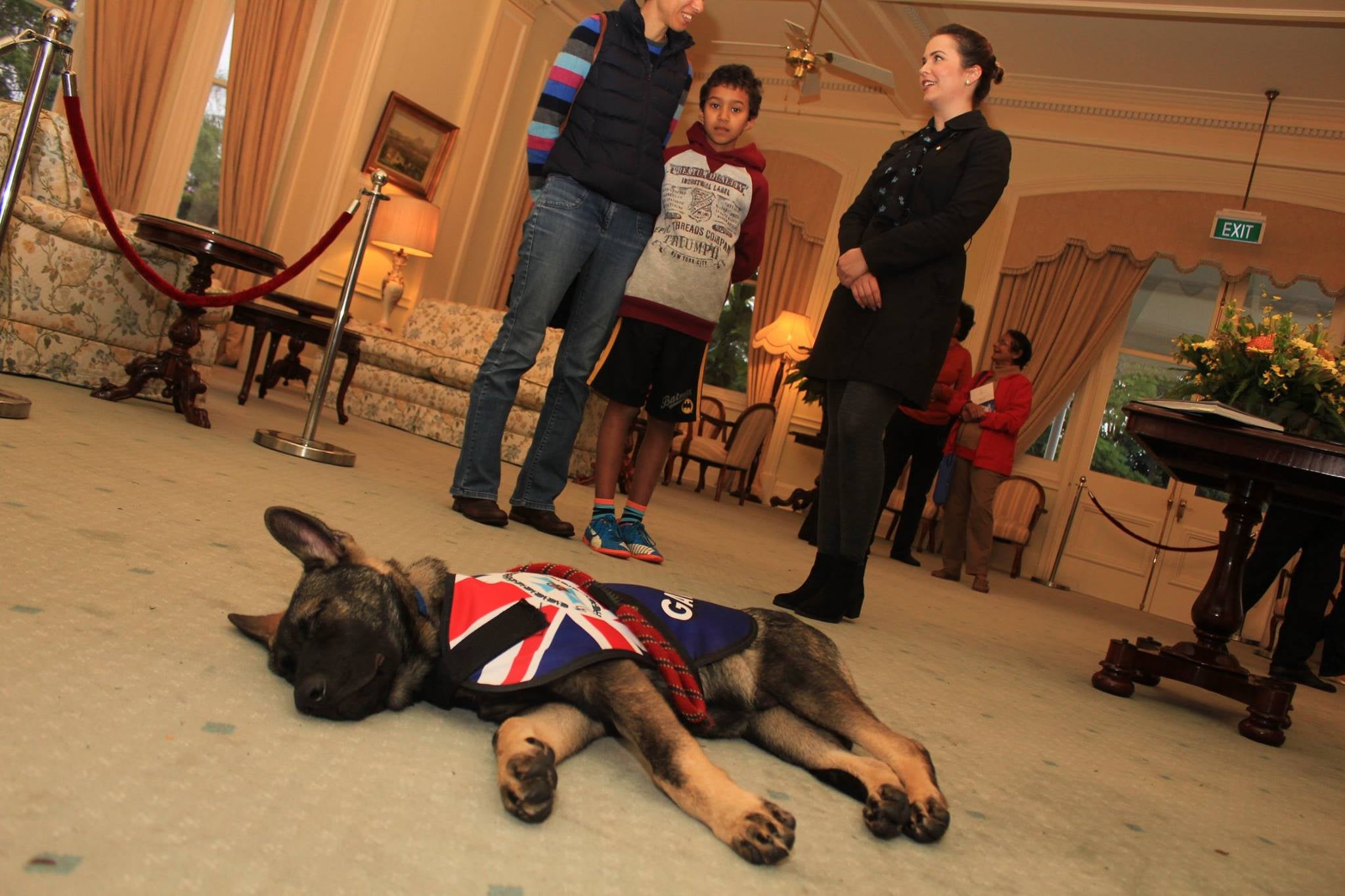 Some pups aren’t meant for the cop life: one such dog is Gavel, a German Shepherd in Queensland.

While training to be a K9 under the Queensland Police Dog Training Program, at six weeks old, Gavel was assigned to the Government House, the official residence of the Governor of Queensland.

After a year, he was expected to complete the training and carry out his police duties, which would include “tracking and catching criminals as a proud member of the Queensland Dog Squad.”

While at Government House, Gavel made himself at home, to say the least:

During his stay, he was tasked to greet anyone who came for a visit, which he seemed to master since day one.

And since he had to look the part in ceremonies, new coats were made for him each time he grew:

Sometimes though, he wasn’t always professional:

However, despite putting his best paw forward after several weeks in training, Gavel failed to “display the necessary aptitude” required of his role.

Fortunately, Gavel charmed his way into the hearts of the Government House’s staff and residents, especially that of Governor Paul de Jersey.

The Governor decided to keep him as his Vice-Regal dog, a position created just for the lovable pup. His duties now include greeting guests, “welcoming tour groups, attending functions with the Governor and Mrs. de Jersey, and attending formal ceremonies.”

Gavel now gets to do what he does best, which is bringing “untold joy to the lives of the Governor, Mrs. de Jersey, Government House staff, and the thousands of Queenslanders who have since visited the estate.”

The gentle German Shepherd comes in a line of pets in the Government House that include a kangaroo, a cassowary, and other dogs such as an Irish Terrier named Torrocks, a chow named Ting Gow, and a Scottish terrier named Bousquir, and one named Soda.

He also has a new coat “emblazoned with the Governor’s Personal Standard, the St. Edward’s Crown and the brolga, the official bird emblem of Queensland” to match his title.

Gavel is proof of the importance of doing what you love everyday—and for this friendly pooch, that means being around people. JB