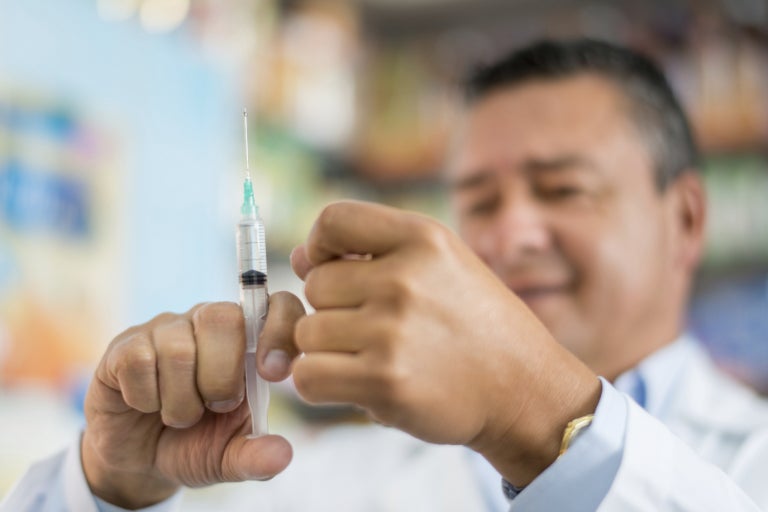 Although an annual flu shot is a common precaution for many to protect against being struck down with illness, especially during the winter months, a new study suggests that the vaccine may not be as effective in obese adults.

An influenza, or flu shot, is one of the best ways to protect against the flu, however it isn’t effective in all cases.

This new study, carried out by a team from the University of North Carolina at Chapel Hill, United States, set out to look at the effect of obesity on the vaccine, which is a growing global problem already linked with a variety of health conditions. It is also already known to increase a person’s risk of dying from influenza.

The team of researchers looked at 1022 adults who were a healthy weight, overweight or obese, and who all received the seasonal trivalent inactivated influenza vaccine (IIV3) during the 2013 to 2014 and 2014 to 2015 flu seasons.

The team used lab tests and reported symptoms to confirm whether participants went on to develop flu or experience influenza-like illness, and to which degree their bodies produced influenza-fighting antibodies following vaccination.

The study’s co-author Melinda Beck suggested that the flu shot may not be as effective in obese people because their T cells, which support the protection and recovery from flu, do not function properly. The team have also found previously that obese people have impaired T cell responses to influenza vaccine.

However, lead author Scott Neidich pointed out that the impaired T cell functioning may still make obese adults more at risk of flu despite a good production of antibodies, and suggested that “alternative approaches may be needed to protect obese adults from both seasonal and pandemic influenza virus infections.”

The test was also unable to make a reliable prediction on whether a vaccinated obese person would have enough protection against influenza or not, suggesting that the current standard blood tests used may not be the best method with Neidich commenting that these tests could “provide misleading information.”

The findings were published in the International Journal of Obesity. JB