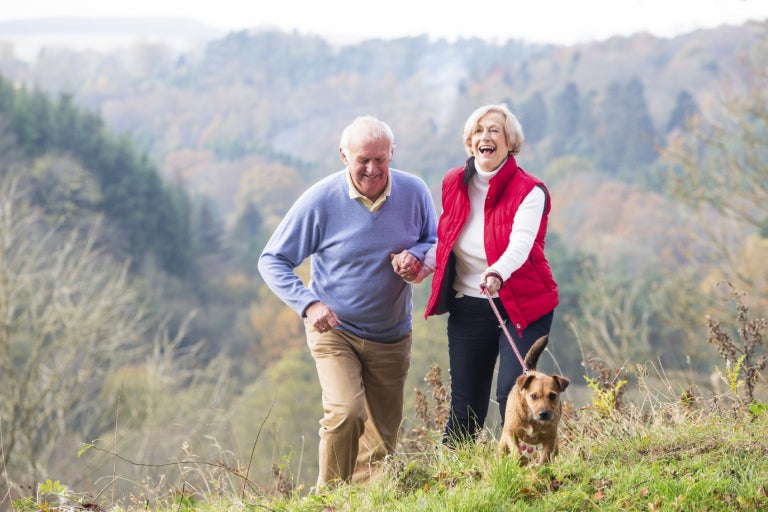 Owning a dog can help older adults get more exercise, according to a small study in the United Kingdom.

Carried out by researchers from Glasgow Caledonian University and WALTHAM Center for Pet Nutrition, the study looked at the levels of physical activity and sedentary time for 43 dog-owners and a control group of 43 non-dog-owners, all aged 65 or over.

Participants wore an activity monitor continuously for three one-week periods, and researchers monitored the time spent walking moderately, time spent standing, and total time spent sitting, as well as the number of times people sat down and how long they sat down for.

Although the results showed that there was no difference between the two groups in the total time spent sitting down, the team found that dog owners were more active than the control group, and showed fewer continuous periods of sitting down.

“We found that dog owners aged 65 and over spent on average an additional 22 minutes walking, taking an extra 2,760 steps per day when compared to people who didn’t own a dog. Over the course of a week this additional time spent walking may in itself be sufficient to meet WHO recommendations of at least 150 minutes of moderate to vigorous physical activity,” explained lead author Dr. Philippa Dall.

The research did have some limitations, including that as an observational study it cannot determine cause and effect; that is, are more active people more likely to own dogs, or is it owning a dog that makes people more active?

However, the study did use objective measures of collecting data on physical activity and sedentary behavior, unlike previous research that has mainly relied on self-reports from participants, which is subject to error.

The team now believes that health professionals could encourage older adults to become dog owners or to share care of a dog to help motivate them to be more physically active. The findings can be found online published in the journal BMC Public Health. JB