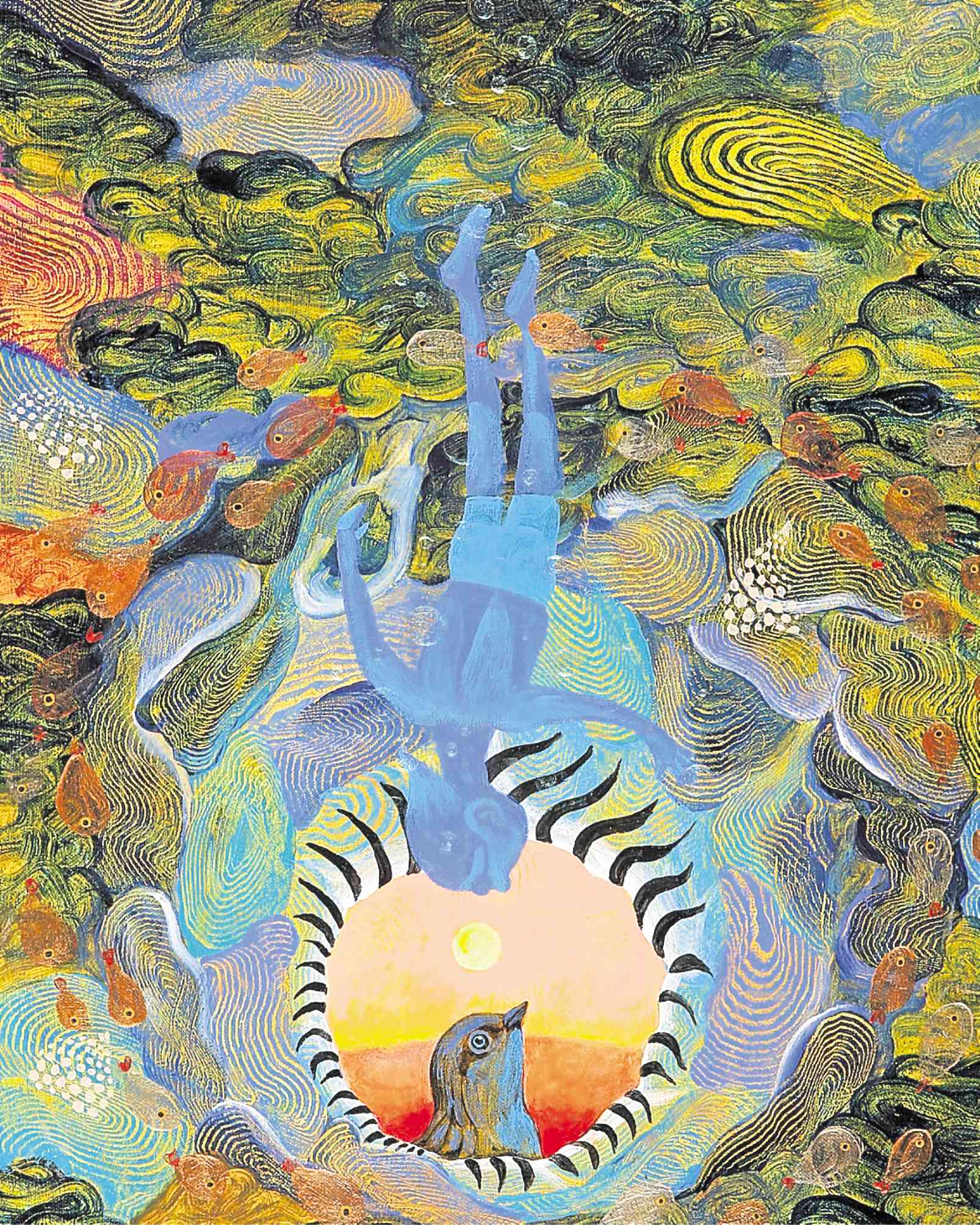 Panyáan: Three Tales of the Tagbanua,” the newest book from the Center for Art, New Ventures and Sustainable Development (Canvas), features stories informed and inspired by the rich culture of the Tagbanuas of the Calamianes Island Group in Coron, Palawan province.

With the United States Agency for International Development’s Ecosystems Improved for Sustainable Fisheries program, Canvas had gone to Palawan to learn about and document the culture of Tagbanuas from three communities: Banuang-Daan, Cabugao and Calauit.

The research provided the backbone to the three children’s stories written by Rhandee Garlitos and Annette Ferrer and illustrated by Sergio Bumatay III.

The stories are fictional but each one informed by the traditions, surroundings and communities of the Tagbanuas the research group visited—each one different, yet united by common Tagbanua heritage.

During the book launch recently, an art exhibition featuring the images used in the book was opened by Sergio Bumatay III. The paintings were acrylic on canvas with glow-in-the-dark accents.

On the opening night, the gallery lights were turned off in intervals to showcase the glow-in-the-dark aspect of the paintings. Even the whole gallery space was transformed into an underwater world—with the floor to the ceiling painted in blue with waves and bubbles.

Also named Panyáan, the show “is also proof of concept of the children’s museum we dream of setting up,” Canvas executive director Gigo Alampay said.

“The stories are a snapshot of what the Tagbanuas hold dear,” he added.

The first story “The Secret of the Sacred Islet” talks about panyáan directly, telling the story of two boys who dared defy their community’s rules and go to the sacred and prohibited area. Soon enough, the boys learn why the area is off limits.

The second story, “Apong Dakulo (Great Elder),” follows a grandfather, his grandson and their everyday lives. It is also about how culture is transmitted from generation to generation.

The grandson looks up to his grandfather, the chief of their community, and wishes to learn what his grandfather knows— from oral literature, to songs, to everyday Tagbanua ways of life.

Soft-bound copies of the book will also join the roster of titles given away to poor children through Canvas’ “One Million Books for One Million Filipino Children Campaign” that aims to inspire in children a love for reading.
To date, Canvas has donated some 120,000 books to children.–CONTRIBUTED