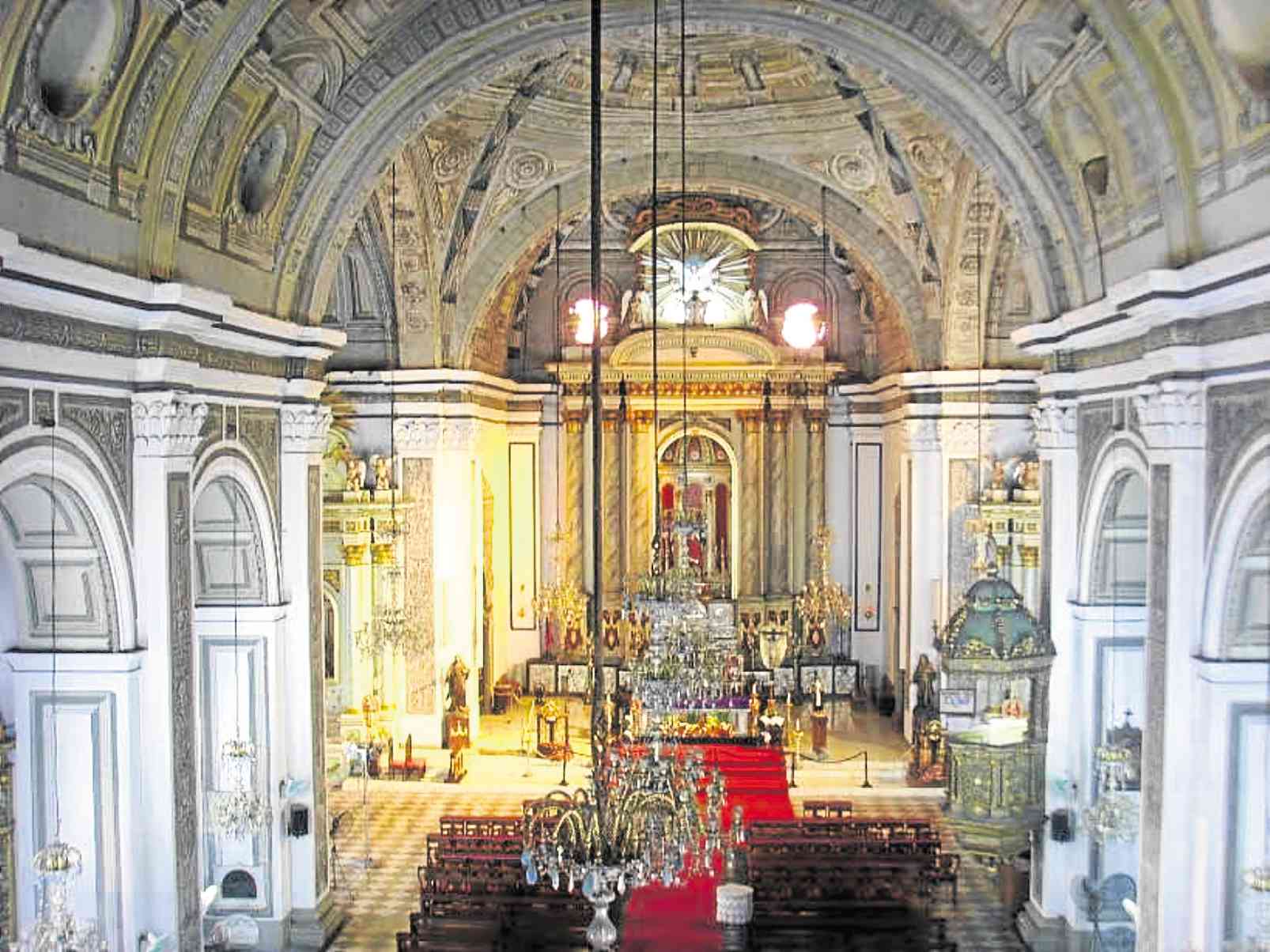 Unknown to the public, the series of medium-size earthquakes that shook Batangas and neighboring provinces in April, and damaged a number of structures including the centuries-old churches of Batangas City and Taal, also affected the Unesco World Heritage Church of San Agustin in Intramuros, Manila.

This was revealed by Fr. Ricky Villar, OSA, director of San Agustin Museum, during the recent Catholic Bishops’ Conference of the Philippines (CBCP) Episcopal Commission for the Cultural Heritage of the Church (ECCHC) 10th National Biennial Convention of Church Cultural Heritage Practitioners in Tagbilaran City, Bohol.

Built in 1595, San Agustin is the oldest church in the Philippines.

The gap created by the damage measures two to five inches long, he added.

Father Villar said that, after the discovery of the cracks, the museum authorities immediately placed shoring to stabilize the structure and cover the area as precautionary measures.

But the shoring was moved to the other side and eventually taken down reportedly upon orders of the parish priest, Fr. Arnold Santa Maria, OSA, when a couple scheduled to be married in the church complained it was an eyesore.

Father Santa Maria denied this to the Inquirer. He explained he fully supported any project that would benefit the structural integrity of the church.

“If Fray Santa Maria was truly concerned, he could have asked, Why are you removing that? and could have insisted that they be put back. But no, there was only immediate denial that he did not order the removal,” she said. 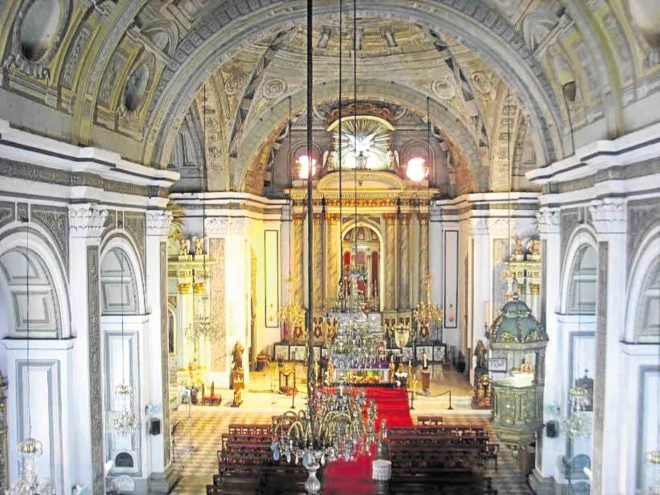 Also in the same conference, Dina D’Ayala of the Department of Civil Environment and Geomatics Engineering of University College London discussed her group’s assessment of the San Agustin Church complex in 2015.

She said findings revealed the windstorm risk of the church, particularly its belfry and convent, was high.

D’Ayala, an earthquake engineering expert, explained the church and convent was flood-prone and highly vulnerable to ground shaking.

Gatbonton suggested a thorough structural study of the church.

“The suggestion that such a study be undertaken came about because, in the process of working on the silleria and trompe l’oeil decorations and murals, we noticed cracks on the walls and the protruding balconies looked quite unstable,” Gatbonton said, adding that the area where the organ was situated was “definitely sagging.”

She also explained the “investigation into the woodworks [joists and floor framing] beneath the [balcony] flooring showed that the supporting beams were totally eaten up by termites.” But the matter “was not in the scope of our work and grant, so San Agustin engaged an architectural firm to undertake the work.”

When asked about the façade, Gatbonton, explaining she was not an engineer, could not confirm or deny whether it was already leaning.

But “there is a prevailing perception that the façade might have moved” because of the vibrations caused by traffic or earthquakes, and the uneven settling of the church’s foundation possibly due to the rising water, she added.

She pointed out church authorities had previously addressed various issues and conservation works were already undertaken on the church and monastery, such as the installation of pumps for draining water at the compound, waterproofing of the tile roof, deweeding, and shoring of a portion of the monastery, which now serves as the office of the museum director.

Gatbonton stressed the structural issues should be addressed first so that conservation would be anchored on a sound structural plan.

“Conservation and restoration are difficult disciplines. You must be constantly on your toes,” she said.–CONTRIBUTED