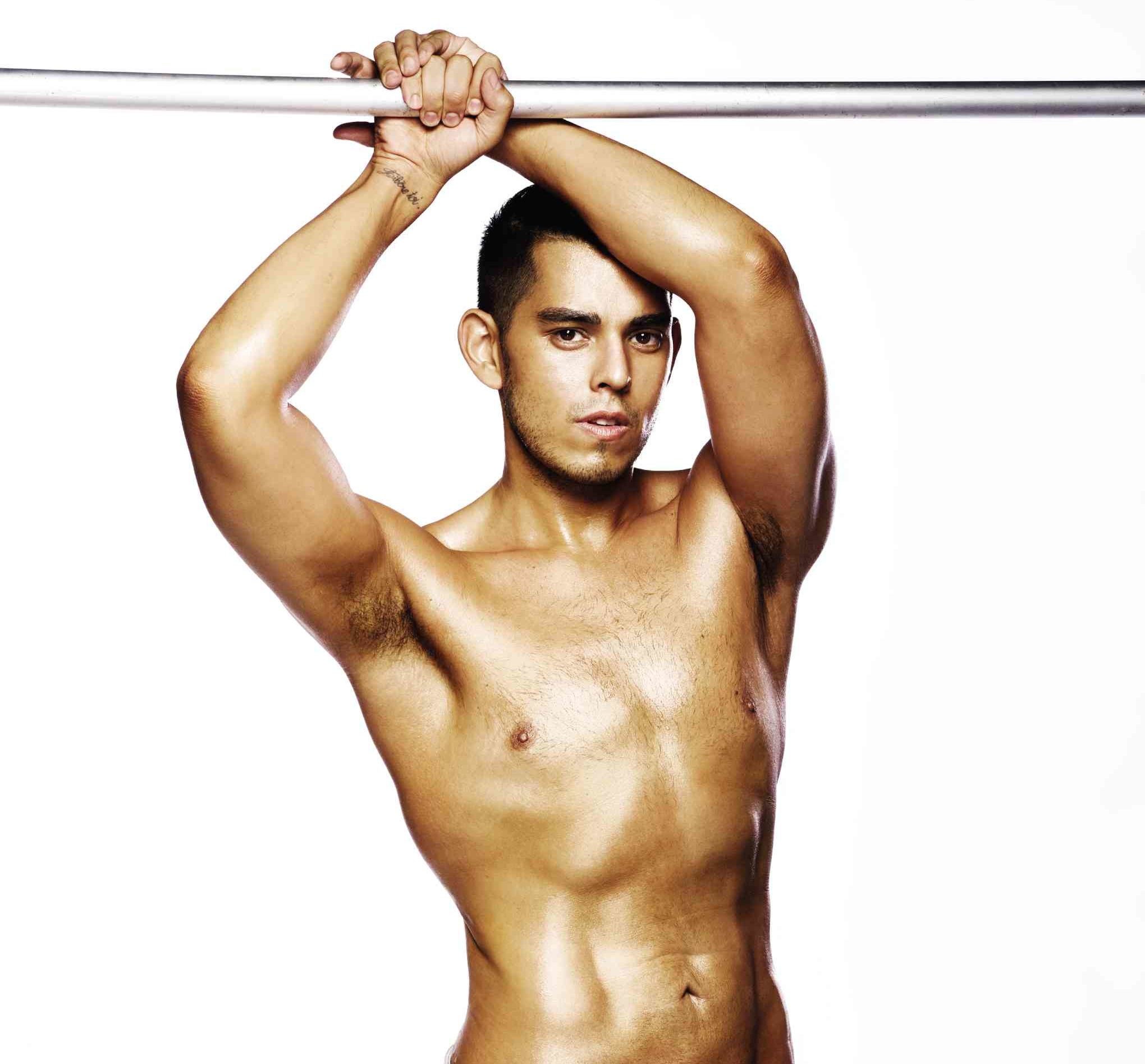 The official photo: Gutierrez’s trainer wanted his client to be buff, not skinny.

Entrepreneur, host and reality TV star Raymond “Mond” Gutierrez stunned the public with his dramatic 65-pound weight loss after 90 days. From a 240-lb weakling who couldn’t even do a push-up, much less lift an iron bar, he dropped down to 175 lb and now easily pumps a 90-kilogram barbell.

His road to fitness was chronicled online. The campaign “Century Tuna No Excuses” was born from a heart-to-heart talk between Gutierrez and Erwan Heussaff, business partners in The Palace complex.

For a long time, Heussaff observed that Gutierrez, the comedian in the group, often made self-deprecating jokes about himself. Heussaff, who was once borderline obese, knew it was just a defense mechanism.

Aside from being Gutierrez’s confidante, Heussaff is an independent producer. He challenged Gutierrez by creating a public campaign that would motivate him to lose weight. Heussaff then broached the idea to Century Tuna.

“I worked on the mental game with Mond,” said Heussaff.

“The only way someone can transform himself is through grit and will power. I made sure the responsibility was his, and that he needed to strengthen his determination if he wanted to achieve something great,” he added.

Analyzing her client’s lifestyle, Tengco pointed out that alcohol was one of the main culprits in Gutierrez’s weight problem. Working in the bars at The Palace complex entailed a lot of social drinking. Alcohol, she pointed out, causes inflammation.

Tengco then divided Gutierrez’s program into weight loss and bulking/sculpting phases. Before the program, Gutierrez had already dropped pounds by eating bland fat and cutting down fats and sugars. Although the weight loss was significant, he looked haggard and he developed dark circles under his eyes.

Being a celebrity, he worried about his looks. Tengco, who looks younger than 50, assured him that she could make his skin glow and his vitality alive while he was dieting.

Her program was based on controlling cortisol, or stress hormones, and inflammation through detoxification and fighting fat through omega-3 and monounsaturated fatty acids (MUFA). Meals consisted of turbocharged superfoods to give him strength for his intense workouts.

She explained that cortisol can boost blood glucose levels, which invariably promotes fat storage. Inflammation is the body’s response to stress. Increased inflammation stimulates the adrenals to produce more cortisol, which results in a vicious cycle.

The nutrionist cited that a stressed digestive tract, due to allergens such as gluten, dairy, wheat, additives and sweeteners, was a common cause of inflammation.

To soothe inflammation, Gutierrez began each week with a cleansing day of fresh detox juices and soups rich in plant enzymes and phytonutrients. The ingredients prevent gas, stimulate the bile and cleanse the liver and gall bladder. Most of Tengco’s juices contain more herbs and vegetables than fruits which are loaded with sugar. The juices were boosted with maca powder to give Gutierrez stamina for his exercise programs.

“Detoxification assists our body’s ability to handle its hormones,” wrote Tengco on the Century Tuna website. “Rebalancing our chemistry allows the brain to switch from fat-storing mode to fat-losing mode. The removal of an offending food will often result in a rapid water loss of five to 10 pounds within a week’s time. Following the initial water loss, a person tends to lose fat more easily and eliminate inflammation that also leads to weight gain.”

“The right fats—in the right amount—melt away fat,” she said.

He snacked on detox juices, coconut water and water with lemon.

Gutierrez got his sexy cuts from working out two to three times every day without letup. Aninion, his trainer, designed a high-volume workout to burn fat and bulk up muscle.

It burns calories fast, increases one’s work capacity and builds muscle. Aninion added that this workout was extremely intense and could be intimidating to the average person.

Starting out as a weakling, Gutierrez gathered strength in a few weeks and was soon doing 90-kg bench presses and carrying 40 lbs for bicep curls.

“He would lift a 60-70 kg barbell on the bench then do a squat with the same weight, then sprint,” said Aninion. “We’d do three to five sets of that, and sometimes adjust the weight.”

He noted that Mond and his twin brother, Richard, also a client, had strong arms and backs.

Today, Gutierrez is on a regular split program which exercises certain body parts on certain days. Still, he plans to build more muscle.

“He is still funny, but in a more positive way. You can see the change in his mood, which is probably the biggest achievement. Before, he used to go out a lot, easily got physically and mentally tired. Today he seems fully engaged all the time, filled with energy. He learned that you can really achieve anything as long as you are dedicated enough.” —CONTRIBUTED