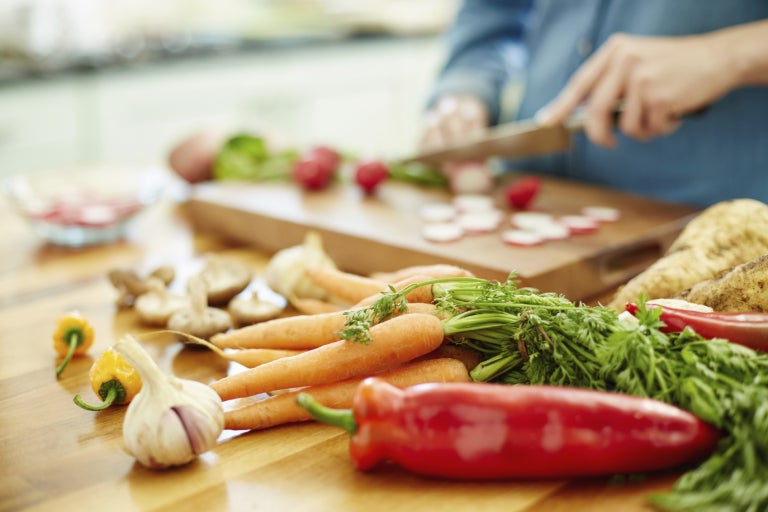 A new study in the United States has found that going vegetarian can be more effective for weight loss than following a conventional low-calorie diet.

The research, led by Dr. Hana Kahleová, director of clinical research at the Physicians Committee for Responsible Medicine in Washington D.C., also suggests that a vegetarian diet helps to improve metabolism by reducing muscle fat.

For the research, the team recruited 74 participants, all with type 2 diabetes and randomly assigned subjects to two groups, either following a vegetarian diet or a conventional anti-diabetic diet.

The vegetarian diet included vegetables, grains, legumes, fruits and nuts, with animal products limited to a maximum of one portion of low-fat yogurt per day.

The conventional diabetic diet followed the official recommendations of the European Association for the Study of Diabetes (EASD).

All participants had their daily diets cut by 500 kilocalories per day.

The researchers used magnetic resonance imaging (MRI) to look at the adipose (fat-storage) tissue in the subjects’ thighs to see how the two different diets had affected subcutaneous fat, found under the skin, subfascial fat, on the surface of the muscles, and intramuscular fat, on the inside of the muscles.

The team found that the vegetarian diet was almost twice as effective in reducing body weight, resulting in an average loss of 6.2 kilograms compared to 3.2 kilograms for the conventional diet.

The results are important for those with type 2 diabetes as subfascial fat has been previously associated with insulin resistance, so reducing it could have a beneficial effect on glucose metabolism.

Dr. Kahleová concluded that in addition to the vegetarian diet proving most successful in their research, it “also showed that a vegetarian diet is much more effective at reducing muscle fat, thus improving metabolism.”

“This finding is important for people who are trying to lose weight, including those suffering from metabolic syndrome and (or) type 2 diabetes,” Kahleová said. “But it is also relevant to anyone who takes their weight management seriously and wants to stay lean and healthy.”

The results can be found published online in the Journal of the American College of Nutrition. JB