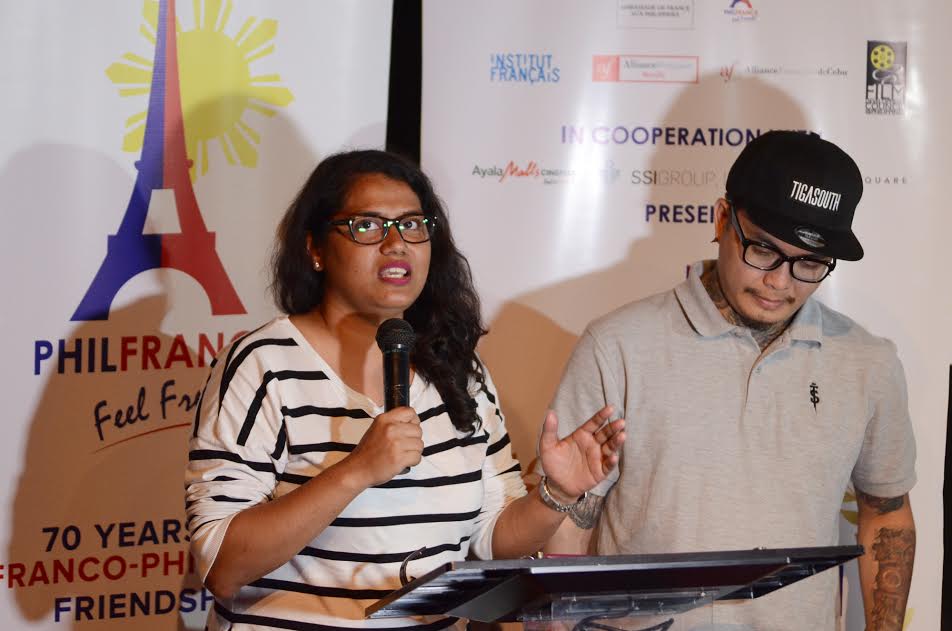 Catch the last weekend of the 22nd French Film Fest

The ongoing 22nd French Film Festival is one of the key events in the celebration of the 70th anniversary of the signing of the Treaty of Friendship between the Philippines and France on June 26, 1947.

“It is the framework of our bilateral relations,” said Laurent Legodec, deputy head of mission of the embassy of France. “This year we also celebrate the 70th year of the Cannes Film Festival… and it is in this context that we organized this year’s French Film Festival, to catch the spirit of the celebration of our friendship, and the vitality of our societies and our cultures.”

Cannes, said audiovisual attaché Martin Macalintal, is “one thing that France is doing to support the growth of cultural diversity in the world.”

Legodec stressed that audio-visual cooperation was a priority of the French cultural diplomacy and that through agencies such as the French National Center for Cinema and World Cinema Fund, France was supporting filmmakers from France and all over the world, including the Philippines.

Lagodec said Film Development Council of the Philippines chair Liza Dino was in Paris during this year’s Cannes, and met with her French counterpart at the Centre National du Cinema et de l’image animee, Unifrace, and other film agencies.

Meanwhile, Filipino Cannes sensation, film director Brillante Mendoza, was chosen by the French Cultural Agency to be a mentor to 10 young filmmakers and producers from all over the world as part of the 9th Fabriques des Cinemas du Monde, Lagodec said.

The French government has recognized Mendoza, who was declared a Chevalier (Knight) in the French Order of Arts and Letters in 2013.

“This is a concrete example of France’s commitment to the promotion of cultural diversity in film and the French Film Festival provides the occasion to acknowledge developments in film cooperation between our two countries,” Legodec said. “It is a sign that what we are doing is working. We know that Filipinos love films and this is a characteristic shared with the French. We are very pleased to see the eagerness of thousands of Filipinos who attend the festival every year because they are curious to discover more about French society.”

The French Film Festival is until June 17 at the Ayala Malls Cinemas in Greenbelt 3 and BHS Central Square.

Tickets for screenings at Greenbelt 3 and Bonifacio High Street are priced at P100 and may be purchased at the ticket counter or via www.sureseats.com.

There will be free open-air outdoor screenings at Circuit Makati on June 17-18.