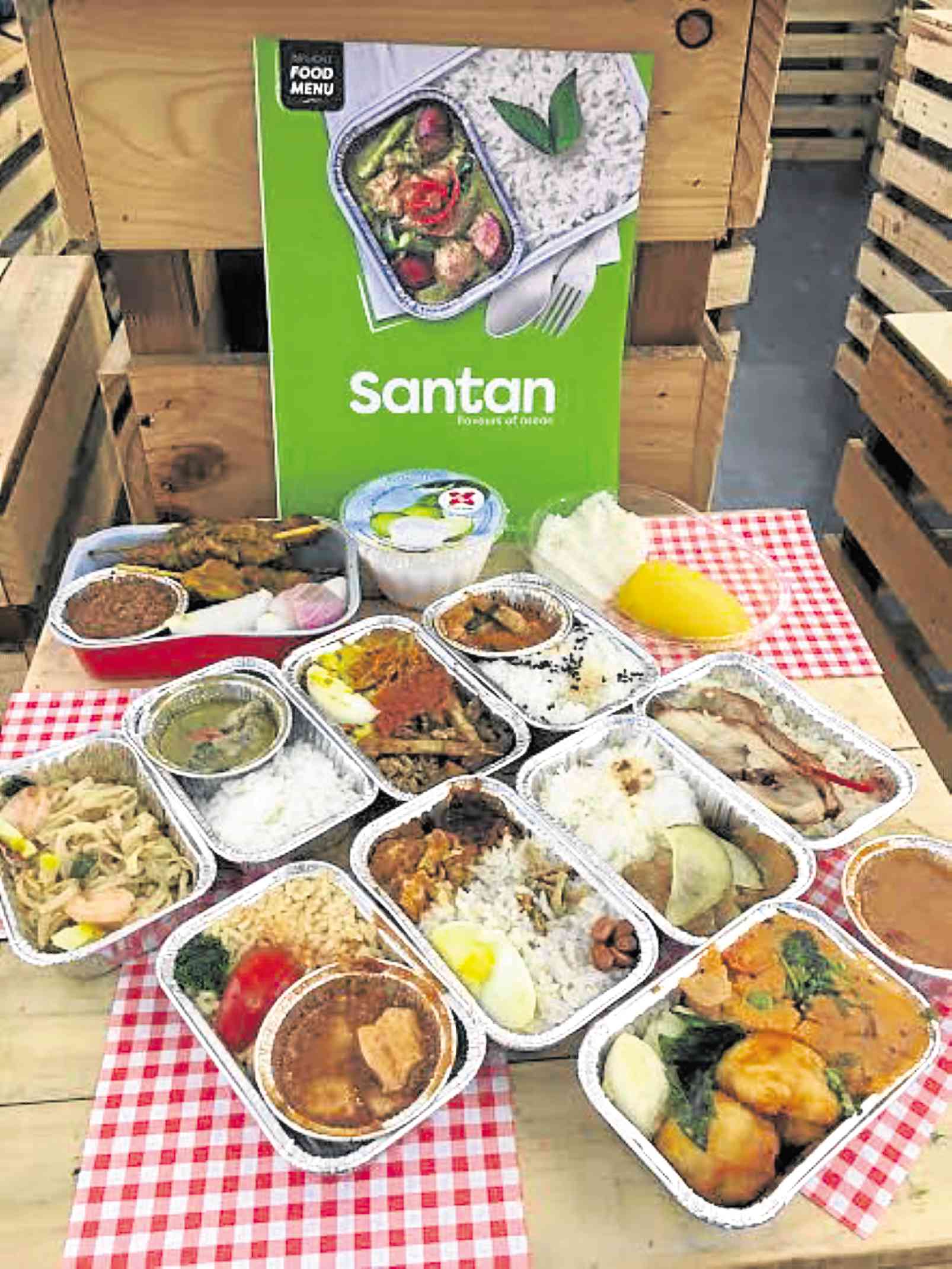 Airline food need not be bland and boring. The hardworking staff and kitchen team behind AirAsia make dishes on their planes exciting and satisfying through proper preparation, extensive research and constant kitchen tests.

Recently, the airline launched its infight food menu called “Santan: Flavors of Asean” before a select group of media and bloggers from the Asean (Association of Southeast Asian Nation) region, held at its office in Kuala Lumpur, Malaysia.

Adjacent to Kuala Lumpur International Airport (KLIA2), the AirAsia corporate headquarters, called RedQ, houses more than 2,000 employees who enjoy huge, open-style workspaces and function areas done in cheerful colors. There are lots of spaces and rooms for meetings and hanging out, and even for yoga and Zumba classes.

The six-story building boasts its own gourmet cafés, a salad bar, and Japanese and Korean food offerings, as well as a local buffet.

But the focal point is the Atrium—which is like a central playground where employees mingle, chill or recharge their creative juices. It is strewn with artificial grass circles, planter boxes and multicolor beanbags. Staff can take a break here or nap after a long day.

AirAsia group CEO Tony Fernandes has always been proud of the company’s HQ, saying it’s a reflection of the vision to deliver the best services even for a local budget airline like AirAsia.

The AirAsia team held the Santan food-tasting event at the Atrium, which was transformed into a festive street food party with booths highlighting hot meals.
“Santan” is a Malay word for coconut milk (gata in Filipino)—a common ingredient in Southeast Asian households.

The guests were encouraged to taste, explore and experience the inflight food. Each dish was prepared in a typical airline aluminum foil food container.

The signature dish, Thai Green Curry with Rice, was presented as an aromatic chicken curry infused with Thai spices and served with fluffy, fragrant white rice. Though a bit too spicy, its richness and flavor lingered pleasantly in the mouth.

The Chicken Adobo and Korean Kimchi Stir-Fried Chicken lived up to expectations: salty-sour and peppery for the chicken adobo from the Philippines, and spicy and tangy mouth feel for the kimchi rice of Korea.

Fernandes went around the booths to try the food. One dish that stood out for him was the quintessential Pinoy dish, adobo rice, along with the Pad Thai, his next best choice. Pad Thai is a stir-fried rice noodle dish with chunks of chicken and prawns.

AirAsia, as a budget airline, sells its food onboard. Fernandes is hoping to encourage passengers to pre-book their meals before flying.

“Our brand is about low fares. I don’t want to confuse the market,” he said. “But I realized that one thing that makes a big difference to Asians is food. A big part of our life is food and shopping.”

He recalled: “When we first started AirAsia, we couldn’t afford to provide food to our passengers.”

But, one day, Fernandes thought of giving passengers a choice: “If they want food, they can buy it.” The airline started with sandwiches and drinks and, eventually, rice meals.

These days, about 15 percent of the airline’s passengers pre-order their meals.

“We’ve been good at selling seats. Now, food is our passion. When people start saying they fly AirAsia because of the food, that would really be music to my ears,” said Fernandes, who was a music industry figure before joining the airline business.

He added: “We fly 65 million people a year across the region, and low cost doesn’t mean low quality. Southeast Asia is blessed with good quality ingredients. It’s a great opportunity to serve good food to our passengers. AirAsia food has to be people’s food with good value.”