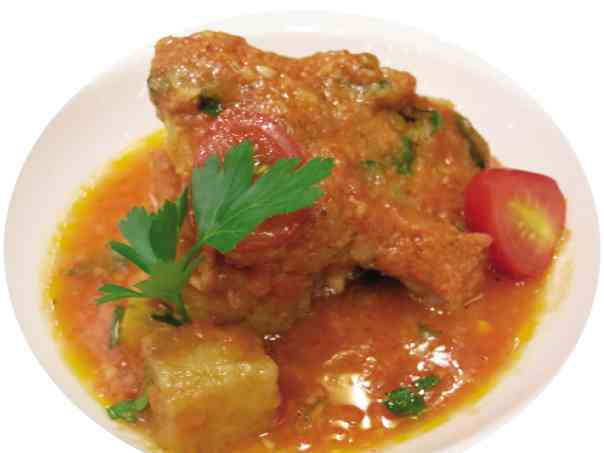 Simple, elegant dishes that are full of flavors is the hallmark of chef Andrea Delzanno’s cuisine in Marco Polo Hong Kong Hotel, where he is chef de cuisine of its Italian restaurant Cucina. This week, as guest chef at Marco Polo Ortigas, he’s bringing the same rich flavors of the Mediterranean to Manila.

Ongoing till Sunday, June 18, Marco Polo Ortigas’ Cucina restaurant offers diners a lavish buffet of Italian favorites such as Parma ham and melon, tomato and buffalo mozzarella caprese, a traditional tomato soup with garlic bread and Parmigiana cheese, risotto with mushrooms, roast leg of lamb with garlic and herbs, as well as traditional Italian desserts like tiramisu and chocolate pudding with amaretti.

Delzanno will also serve his take on cacciatore (a dish, like chicken, prepared hunter-style), “the way they do it in the northern part of Italy where I come from,” he says. Without the tomatoes, the chicken was simmered with white wine, herbs and mushrooms, which are plentiful in the North.

Garoupa with tomato sauce is a popular dish in southern Italy, where seafood is abundant.

A staunch advocate of slow, patient cooking, Delzanno points out that much of the work is done in the kitchen hours before serving time to give the flavors time to develop. Some of the sauces, for instance, are made from stock that is reduced over low heat for three long hours.

An example is the Branzino alla Mediterranea. It may look like an easy dish to prepare, and it is—provided one has already prepared the fish stock in which the fish is to be simmered. But fish stock requires a gathering of fish bones and herbs, and patient simmering of the liquid for about 20 minutes, in addition to waiting for it to cool.

Here is Delzanno’s recipe for the dish. In Italy they use branzino, which is Italian sea bass. For Cucina, however, he substitutes garoupa or lapu lapu fillet.

Season the fish with salt and pepper. Brush the fish with some of the olive oil to keep it from sticking to the pan. Heat the olive oil in a large skillet. Fry the fish, skin side down, for two minutes. Turn the fish over.
Add the garlic, tomatoes, potatoes, fish stock or water, white wine and butter. Simmer for five to six minutes or until fish is fully cooked. Garnish with chopped parsley and additional olive oil. Makes two to three servings.