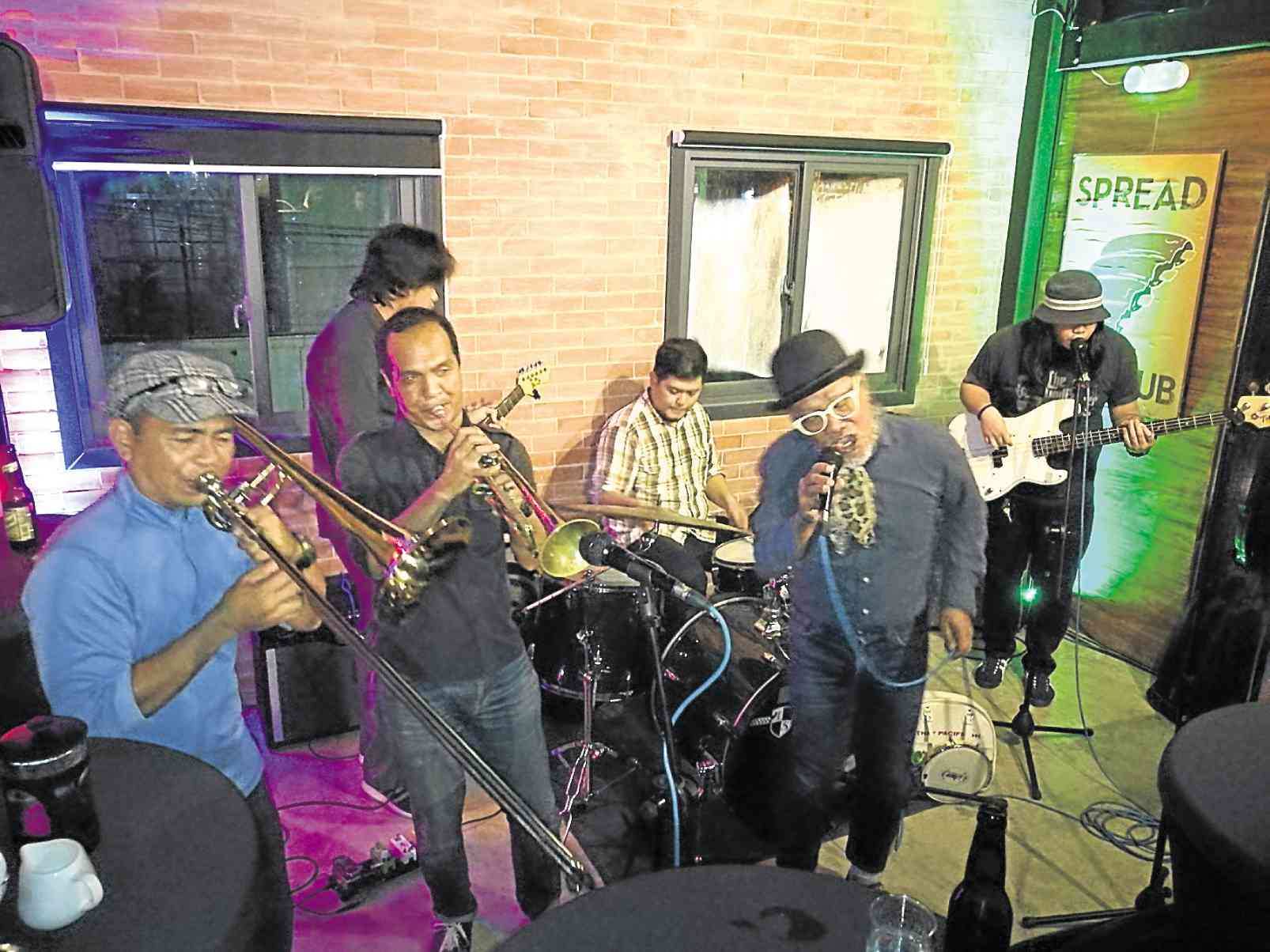 Two weeks ago we talked about Makati’s P. Burgos area and how it reminded us of the 1980s bar scene in Manila’s tourist belt. More recently we visited two new places, also in Makati, that have added character and energy to this once bland corporate city.

On the other side of Chino Roces Avenue (going to Fort Bonifacio) corner Lumbang, adjacent to Green Sun hotel, is The Smoking Joint BBQ—whose specialty, beef ribs and brisket smoked “low and slow,” is further enhanced by the owners’ love of music.

Its Saturday night live gig featured the Flippin’ Soul Stompers, whose vibrant versions of ’60s and ’70s black music had the young crowd, packed cheek by jowl on the second floor, grooving to the dance beats.

Downstairs, couples and groups of friends were content munching on ribs and corned beef sisig, and drinking beers and whisky, as the music played on.

The next gig will be on June 24 with The Brat Pack.

There will also be “Turntable Mondays: Vintage Music, Guest DJ, Bring Your Records,” on June 19, 26, and July 3.

On Felipe Street, a few steps from H&J and El Chupacabra, is Tambai, formerly a sari-sari store whose vibe is reminiscent of the old Tib’s—sosyal crowd unmindful of the spartan facade.

Its yakitori-type pulutan was an ideal match to the five kinds of Joe’s Brew, 100-percent homegrown craft beer with a distinctly imported taste. Fortunately we were guided on the different nuances of each variant, courtesy of Marco Viray, brother of Joe’s Brew owner Joey Viray, who also helps in Tambai’s second floor operation.

We spotted two turntables behind the bar, though there were no records, just piped-in contemporary music which won’t matter if you’re having animated conversation with friends.