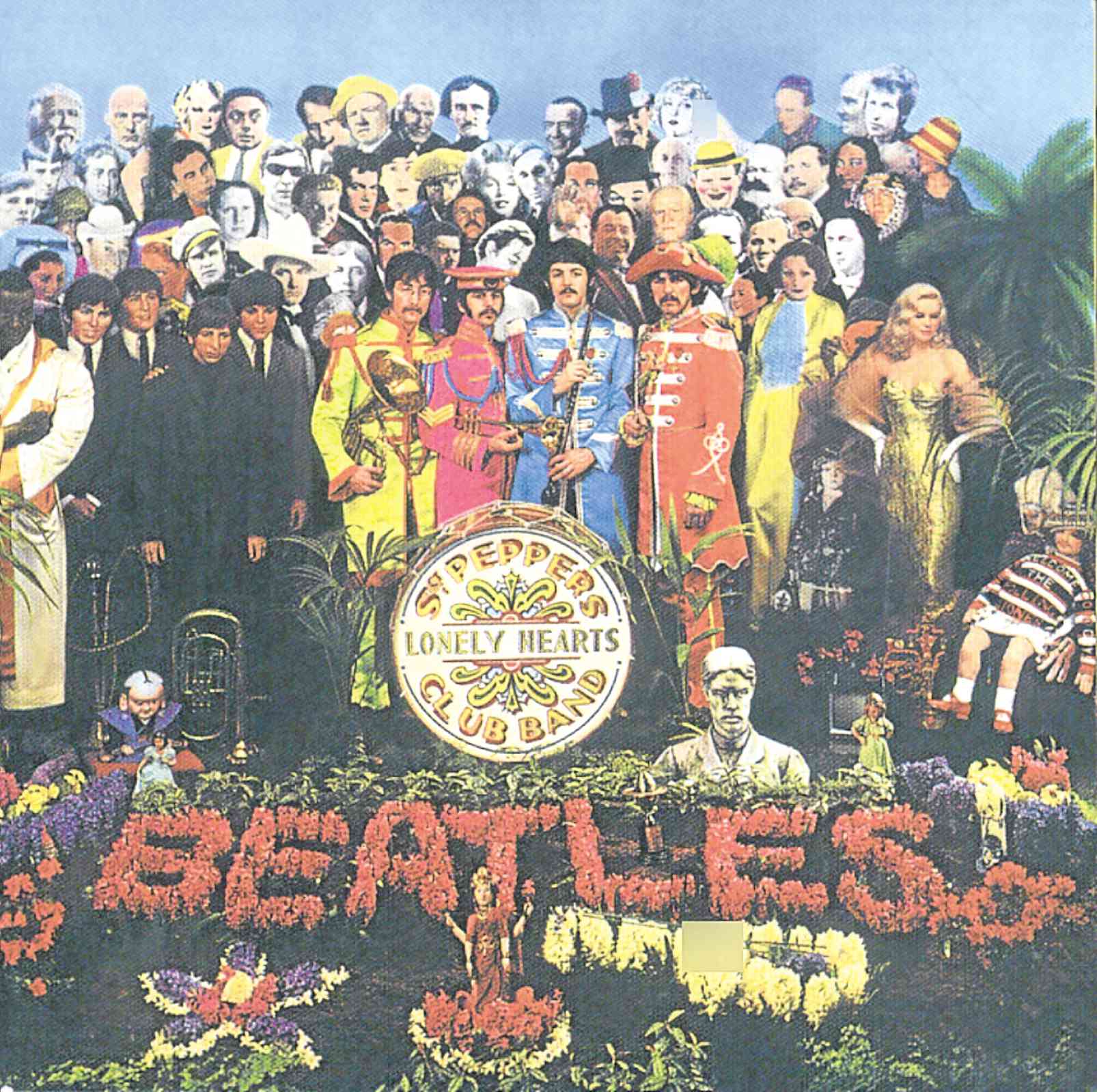 It was 50 years ago today: the Beatles helped usher in the counterculture with “Sgt. Pepper’s Lonely Hearts Club Band.”

Even with the huge amount of media hype for the 50th anniversary rerelease of the Beatles’ “Sgt. Pepper’s Lonely Hearts Club Band” album, it’s hard to imagine, in the age of Ed Sheeran, just how groundbreaking it was when it first came out. Even if you were there.

I was 11 when “Sgt. Pepper” was released in 1967, but the Beatles had already embarked on their Magical Mystery Tour by the time I finally managed to scrape together the 13 pesos (if memory serves) for my very own copy the following year.

It was the first record I ever bought with my own money and I remember rushing home from the record store to play it on the family’s hi-fi system.

Like most of my generation, I had grown up on the Beatles.

My first clear memory of really hearing music and being affected by it was listening to “I Should Have Known Better” blasting from the jukebox by the banana cue stand across the street from our house. (To this day, I can’t hear that song without the phantom smell of frying bananas).

In Grade 4, the “smart” kids were all wearing pointy-toed Beatle boots with their short pants. (Not me—I still wore school shoes from Gregg’s, though I did have the Beatles pencil box).

I had a Radiowealth transistor radio and every evening I tuned in to “The Beatle Beat Show,” a solid hour of nonstop Beatles, on some long-forgotten AM station. (Sundays they played nonstop Beatles from sign on to sign off).

I also had a “groovy” (and as it later turned out, secretly gay) ninong who was involved in “The Beatlemaniacs,” a TV variety show that featured local combos and go-go dancing—all the tropes of 1960s teen life in Manila. He sported a Beatle haircut (which I later found out was a wig) and was the first man I knew to wear bellbottoms and smoke weed.

None of it prepared me for that first hearing of “Sgt. Pepper.”

My father had a pretty good stereo setup at the time: a solid-state amplifier, three-way speakers and a German turntable with a Shure cartridge.

And so it was with total, mind-blowing clarity that we all listened to “Sgt. Pepper” in its entirety—from the opening electric blast of the title track to the last decaying piano notes on Lennon’s mini epic, “A Day In The Life.”

My mother, who liked Broadway musicals, Mario Lanza and Diomedes Maturan, was unimpressed.

Like the rest of the world, she had been charmed by the the Beatles in their lovable moptop incarnation singing “Yesterday.” “Sgt. Pepper” left her cold. What happened to all the pretty ballads? Who were these long-haired men on the album cover—in their garish outfits and their walrus mustaches?

My father was the real music aficionado in the family, though he was more of a Frank Sinatra fan. His favorite band, however, was “Los Indios Tabajaras,” an easy-listening guitar instrumental duo that performed Latin numbers dressed like Indians from the Amazon rain forest.

Upon listening to George Martin’s orchestral arrangements on “She’s Leaving Home,” he grudgingly accepted that the Beatles were pretty good—for a “pop” group.

“Sgt. Pepper” was totally unlike anything that had come before. Even my unformed, preteen mind could instinctively grasp that this was something else.

This was not just pop, it was art.

Not pop, but art

Subsequently, I played “Sgt. Pepper” constantly, and not only because it was the only record I owned for the longest time.

I usually listened on my father’s headphones and studied the gatefold album cover for hours, trying to divine secret clues and hidden meanings from the artwork.

The Beatles had embarked on a program of consciousness-expansion ever since Bob Dylan turned them on to marijuana in 1964.

By the following year, they had started experimenting with LSD (lysergic acid diethylamide), injecting tongue-in-cheek references in songs like “Day Tripper.”

More significantly, their music as a whole began to reflect their altered state of consciousness and growing alienation from the conformist mindset of the mainstream, in songs such as “Nowhere Man.”

It all came to a head in “Sgt. Pepper.” It wasn’t just the drug references in songs such as “Lucy in the Sky with Diamonds” (which listeners instantly picked up on as code for LSD, although Lennon, for years afterward, said it was based on a child’s drawing by his son Julian), or the line “I’d love to turn you on” in “A Day in the Life,” or Ringo singing, “I get high with a little help from my friends.”

The whole album was a blueprint for an alternative culture, with the Beatles—in their psychedelic marching-band costumes—as pied pipers.

“Sgt. Pepper” had dropped on unsuspecting Filipinos less than two years after their Rizal Memorial Stadium debacle, when they had to unceremoniously flee the country with a baying mob of Marcos thugs at their heels, inflamed by their supposed snub of the first family’s invitation to Malacañang.

Marcos was still at the height of his popularity, and the whole country, it seemed, was enraged at the Fab Four’s display of bad manners. There was even some muttering about banning the Beatles’ records. (For the full account, read Oliver X.A. Reyes’ hugely entertaining and informative “Beat the Beatles.”)

Things had hardly settled down when Lennon made his notorious pronouncement that the Beatles were now “more famous than Jesus Christ.”

None of this was lost on my parents. The abovementioned events only cemented their perception of the Beatles as harbingers of moral decline.

We had subscriptions to Life and Time magazines, so they were fully up to speed on the alarming emergence of hippies, the worldwide protest movement and the drug culture.

“Sgt. Pepper” notwithstanding, my world still revolved around karate (no thanks to Tony Ferrer and Roberto Gonzales), Marvel comics and monster movies.

I was a total square throughout first year high school, sporting the same crew cut I had in grade school and still listened to the Beatles.

Meanwhile, some of my more au courant classmates had started to grow their hair long. They listened to groups like the Doors, whose first album had come out just ahead of “Sgt. Pepper,” but whose music was more aggressive and transgressive than the Beatles’ gentle pop excursions.

But change was just around the corner, and although I didn’t know it then, thanks largely to “Sgt. Pepper’s” subliminal influence, I would be ready to embrace it wholeheartedly.

In 1969, half a million kids gathered for three days of love, music and bad acid freakouts at Woodstock and “Led Zeppelin II” knocked the Beatles’ final studio album, “Abbey Road,” off the charts.

It was the end of an era and the beginning of another.

Pinoy youth culture exploded the following year as, in quick succession, came the First Quarter Storm, then nine months later, the Antipolo Rock Festival. Choose your rebellion: Lenin or Lennon. Become a placard-waving student activist or grow your hair and become a “head” (which was what drug users were called in those days).

For the longest time, “Sgt. Pepper” was considered the greatest album ever made, according to Rolling Stone magazine’s list of the “500 greatest albums of all time,” in which it has stayed at No. 1.

Critical opinion has largely shifted, however, and these days the Beatles’ previous album “Revolver,” or the subsequent “The Beatles” (aka The White Album) are held in greater esteem by music aficionados.

Even when it was first released, “Sgt. Pepper” was less significant as an album of music than as a cultural weathervane: it embodied changing attitudes, ideas and consciousness at a historic crossroads.

It was also a breath of optimism in increasingly dark times.

We who live in the age of global jihad, “alternative facts” and autocratic leaders could use a little of that.