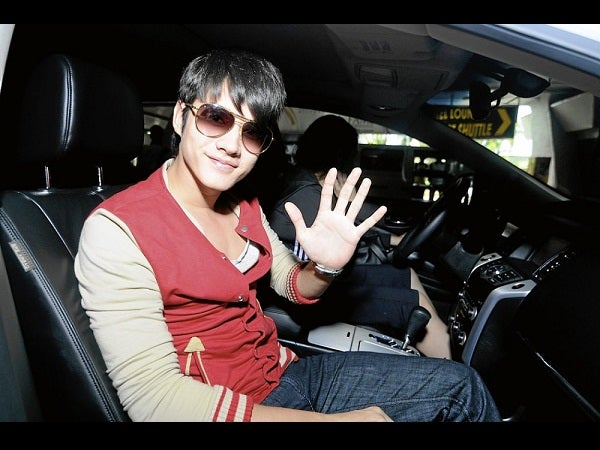 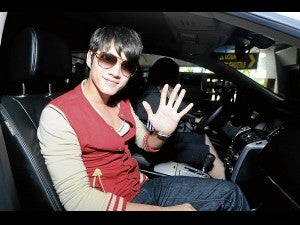 You’re still probably nursing a hangover from seeing Mario Maurer in the flesh not too long ago. Hey, we can’t blame you. The Thai superstar and Penshoppe’s newest poster boy had caused such a ruckus during his first Manila visit that we’ve prepared a special holiday treat for diehard fans everywhere.

Because we know you love him (we do, too!), Super had played “Gossip Girl” and stalked the heartthrob all over the metro during his crazy 5-day stay just to give you this exclusive scrapbook, full of juicy tidbits and behind-the-scenes photos. Think of it as an early Christmas present and a “refresher course” in preparation for his second visit next week. Enjoy! 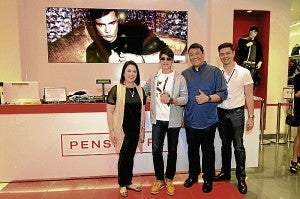 The Thai has landed! Mario gave a heart-stopping grin for his Filipino fans, clad in Penshoppe duds from head to toe. The baby-faced actor/model (who just turned 23 last week) is the brand’s latest endorser, hot on the heels of his eye-candy predecessor, “Gossip Girl” star Ed Westwick. He spent almost a week getting to know the country and his fans, even nabbing a movie deal with ABS-CBN. Yes, that means you’ll be seeing him around again next year.

At the BonChon Il Terrazzo opening

Before inking his movie deal with Erich Gonzales at the ABS-CBN studios, Mario stopped by the grand opening of BonChon’s newest branch at Il Terrazzo along Tomas Morato in Quezon City, with Pan-Asian girl band Blush. All hell broke loose as hordes of fans followed Mario all the way to Il Terrazzo and back; some members of the media reportedly even took their colleagues’ slots just to gain access! All for the love of Siam’s superstar.

Penshoppe photo shoot: Behind the scenes 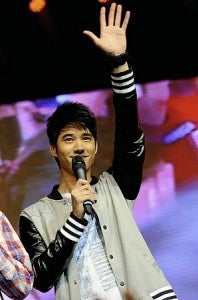 While Mario was busy posing for his Penshoppe campaign at the photo shoot, Super was in a swoon. Interestingly, the behind-the-scenes photos are just as swoon-worthy as the ads themselves. With a subject like Mario, what can we expect?

At the fan conference in PICC

“Do you love Mario?” Fancon host VJ Utt asked the squealing crowd. In the words of an ecstatic and slightly exasperated fan, “Of course, oh my God!!!” This was one of those events where the term “rabid fanaticism” is an understatement. After all, one wouldn’t normally spend P5,000 on clothes just to complete a stamp card that will grant them access to an event. Or would they?

At any rate, it was one crazy affair, and by crazy, we mean downright insane. When Mario started picking out 10 lucky fans to join him onstage, the audience practically bulldozed their way to the front in a near-stampede. 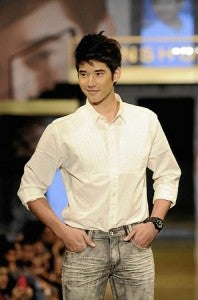 Makeup artist Jake Galvez and celeb IC Mendoza comically argued onstage about which of them was going to have Mario’s babies. And of course, there’s the palpitation-inducing moment where a male fan tried to teach Mario how to “dougie” (and failed happily). Trivia: Stocks of the gray-and-black jacket Mario was wearing had reportedly disappeared off the racks from stores all across the metro just hours after the fancon. Scary, but true.

Hours before the Penshoppe fashion show for the Philippine Fashion Week, Mario and crew got up bright and early for some quick shopping at the enormous SM Mall of Asia branch, accompanied by Penshoppe head honchos Bernie and Alice Liu and brand director Alex Mendoza. He tried on a good number of items, including checkered polos and a black blazer, but what was exactly inside the two big shopping bags he was spotted toting afterwards, we could only guess.

At the Philippine Fashion Week

The impossibly long queue at SMX that night wasn’t such a surprise, considering it was Philippine Fashion Week. But ever since word leaked out that a certain P’Shone was going to strut his stuff as the runway finale for Penshoppe’s show, the line might’ve gotten much longer. After a dizzying parade of fun, flirty colors, Mario came out (and stood out) in a plain white polo and denims, looking every inch the man of everyone’s dreams. Wherever he turned to flash his megawatt smile, shrieks soon followed. The verdict? We can probably say as early as now that his future billboards may cause vehicular accidents along Edsa, and whatever he wears on billboards will sell faster than you can say “Tong.”