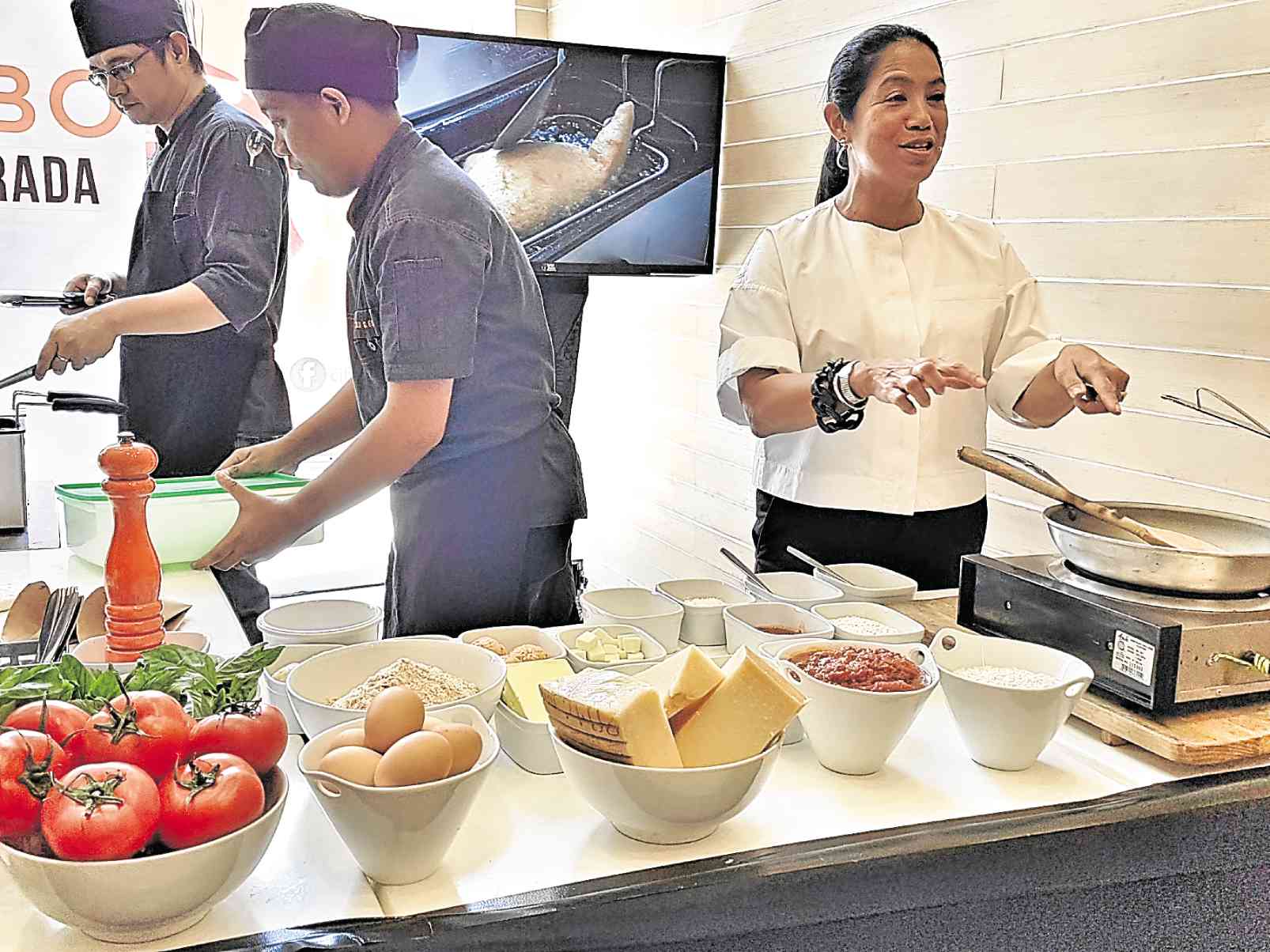 The Cibo di Strada menu is available exclusively at its SM Aura branch, while the new fried Pizza Fritta will be available in all branches.

“In 2000,” she recalled, “we made an effort to introduce street food in our first store at SM. That was 17 years ago. And like many of the things we’ve done, sometimes, it was a bit too early for its time. We already did risotto balls then, and the porchetta sandwich, but the customers were not yet ready for such dishes.

“Now, on our 20th year, we are relaunching the street food line and I think it’s perfect that we are doing it in another SM property, at Aura.”

Fores noted how today’s dining scene is more open to new ideas, with many Filipinos traveling, discovering foreign cultures and developing an appreciation for street food, especially those in Singapore, Vietnam and Europe.

“Our branch at SM Aura will soon have an outdoor space, and I think it will be a great location to offer our new line of street food,” Fores added.

Guests sampled the new dishes. The Cibo classic, Panino Porchetta, is now served street-food style—wrapped in paper. The porchetta is eaten in Europe that way, Fores said, not on a plate like we’re used to at Cibo.

In any case, the Panino Porchetta remains one of our all-time Cibo favorites. The flavor of the spiced pork mixes well with the tangy-sweet apple and pear mostarda. The arugula adds a nice peppery bite.

Pizza Fritta comes in three varieties. The first is filled with tomato, mozzarella and basil. The second comes with prosciutto cotto, bel paese, mozarella and fontina. For those with a sweet tooth, the last option comes filled with Nutella and banana.

Fritto Misto is a mix of seafood and vegetables deep-fried in light batter.

The Arrosticini is particularly good—beef tenderloin cubes skewered in a stick, spiced with chili flakes and then grilled.

Must-try is the new Arancini, deep-fried risotto balls in three varieties: al telefono, a blend of tomatoes, mozzarella, parmigiana and basil; bologna-style beef and pork ragù, and mozzarella, and a heady mix of porcini mushrooms, mozzarella and gorgonzola.

“We’ve always been innovative at Cibo,” said Fores. “Twenty years down the road, we feel that it’s a good time to bring out these new selections.”

The Cibo di Strada menu is available exclusively at the Cibo SM Aura branch while the Pizza Fritta is available in all Cibo restaurants.

All Cibo branches are offering 20 percent discount on a single order of any pasta dish with an order of the new Pizza Fritta. Promo will run from June 26-July 27, Mondays to Thursdays. —CONTRIBUTED